The writing’s on the wall. Mobile is the future, and it requires different skills than the web. Entrepreneurship is more fetishized than ever, making standard hiring tough. The result is days like today where Yahoo, Twitter, Salesforce, and Box all bought startups, and Facebook and Microsoft were reported to be in talks for major acquisitions. Big is a scary thing to be right now.

The tech giant story goes something like this. You start as a visionary founder with a crazy dream. You recruit your friends to give it a shot. Suddenly there’s a breakthrough or some traction, and everyone wants to work for you. You’re small and nimble. Employees are trusted to make quick decisions, and the whole company can pivot on a dime to pursue a new opportunity.

But to beat competitors to the punch with the muscle to accomplish your dreams, you have to get bigger. Bureaucracy sets in and decisions take longer. You have too much momentum to shift directions. Allocating resources to chase a hunch gets tougher. You’re no longer the startup; you’re the giant. Despite your perks and hefty paychecks, no one wants to work for the giant. They want an adventure. The adventure you already had.

Then some punk kids come out of nowhere with the company you would have founded if you started five years later. You could try to build it now, but that’s too slow and they’re already winning. Or you could try to partner with them or someone else, but that’s messy and unreliable. You end up with a choice: They either eat your lunch or you buy their lunch. They disrupt you, or you acquire them.

So you buy them. Then you either keep their product running and reap the benefits while knowing they’re not a real danger to you anymore like Facebook did with Instagram. Or you fold their team and technology in to keep your core products relevant and evolving, like Box did today buying Adobe Acrobat-killer Crocodoc. 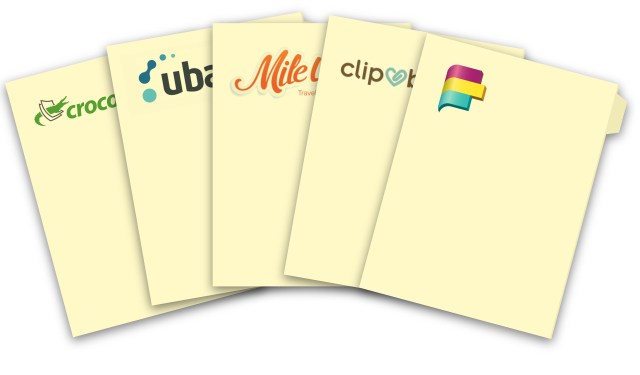 This same story has played out over and over again throughout the lifespan of Silicon Valley. But there are new factors putting even more pressure on the big guys to swallow up the little guys.

On the web, you threw everything at the wall, and anything that stuck even a little got left in the product. With plenty of screen real estate and instant rollouts of changes, you could afford to do too much. But mobile is minimalist. People want one app to nail one use case. It has to work in bite-size sessions. Bloat is painfully apparent.

You need not just mobile designers, or even mobile-first designers. You need mobile-best designers. The advent of the web happened slowly, and several generations of startups were built on it. A star product lead from a few years ago could work magic again. But mobile came on fast. Not necessarily in the advances in technology, but in adoption. Even just a year ago, mobile was thought of as an option. Now some giants like Facebook have more users on mobile than the web. You either “get” mobile, or you’re doomed. If you can’t build it, and you can’t hire it, you’re pretty much forced to buy it. Yahoo didn’t buy GoPollGo to concentrate on polling. It did it because the startup was mobile in its heart.

Blame it on the finance sector’s collapse, the seed funding explosion, Y Combinator, Instagram, and tech blogs like us. Chalk it up to an entitled generation where everyone wants to be their own boss, not a loyal soldier. Or say it’s mobile and the cloud’s fault for making it so easy to get a business to market. But whatever the cause, great tech talent is fragmenting. People are willing to gamble on the chance of having a huge impact on the world and getting rich at the same time. The people you want to hire aren’t applying and interviewing, they’re running their own companies.

Meanwhile for VCs, everyone wants to be the toast of the town by being the seed investor in a hot startup. That means anyone with a good idea, or some combination of an okay idea and a good track record/connections/academic pedigree can raise money and take a swing. And why not? Best-case scenario: You change the world, grow into one of the new power-players of Silicon Valley, and maybe sell or IPO for a boat-load of money. Worst-case scenario: You fail and lose (mostly) someone else’s money. You end up with a fundamental learning experience that will build character, maybe make you a better person, and quiet your professional wanderlust forever.

Plus now, thanks to the old giants’ scrambling to stay young, there’s a mediocre-case scenario: You sell while you’re still small, take a cushy job at a big company, work on something making a difference, and learn skills while you bide your time for your “next adventure.”

A Comfy Bed To Dream In

You could argue that all these acquisitions and acqui-hires are kneecapping innovation. That they’re preventing potential giants from ever hitting their stride. But few people are fighting for the abstract cause of “Innnovation” with a capital I.

Thanks to disruption insurance through acquisitions, it could be hard to truly kill Yahoo — a company many thought was marked for death years ago. Mark Zuckerberg disrupted Myspace in a blink of the Internet’s eye. But if he keeps buying talented teams and phenonema like Instagram rather than letting them mature into real threats, it could take a lot longer to displace Facebook.

Giants want to keep their dreams alive. Founders want to chase them. Acquisitions make both less likely to wake up to a nightmare.