Google has announced that it is bidding adieu to the Meebo Bar publishing tool in order to focus on projects like Google+ Sign-In and plug-ins. The Meebo Bar will be retired effective June 6.

Founded in 2005, Meebo was acquired by Google last June for around $100 million. At that time, TechCrunch learned that its product team would use its expertise to help build publisher tools for Google+, with the expectation that existing Meebo properties would be integrated into G+ or closed down.

In fact, many of Meebo’s features, including Meebo Messenger, Sharing on Meebo, MeeboMe, and all of its mobile apps, were largely dismantled after the acquisition, but the Meebo Bar made a reappearance in December, with Google+ sharing options. With the Meebo Bar’s retirement, however, it looks like our original prediction has come true. 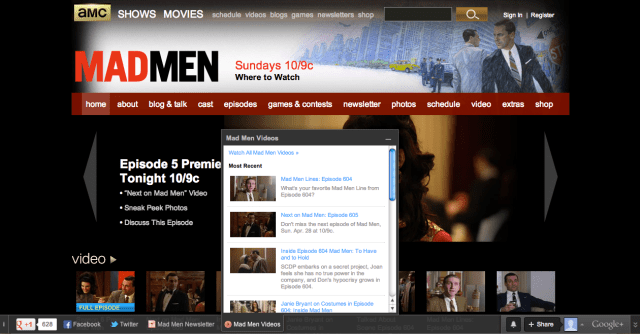 The Meebo Bar not only gave website developers a way to integrate chat, sharing features and ads, but also a means by which to monetize their sites. According to a comScore report from December 2011, before its acquisition by Google, Meebo was getting around 100 million total users per month.

But now it’s the latest target of Google’s spring cleaning–other recently announced shutdowns have included Google Cloud Connect, Google Voice App for BlackBerry and, of course, the much mourned Google Reader. The product retirements are part of the Internet giant’s ongoing efforts to focus on products that not only have a larger amount of users, but also fulfill its core mission of search, social, and ads.

After June 6, the Meebo Bar will stop loading on sites and Google recommends that developers remove the inactive code as part of a “general code housekeeping task.” Check here for more info.