Some developers got very angry and threatened to leave mobile app backend platform Parse when it was bought by Facebook yesterday. Hoping to capitalize, competitor StackMob has since released a Parse migration tool that makes it easy for devs to import their Parse apps. It’s a cutthroat game, this game of tech.

When the Parse acquisition was announced, disgruntled developers flocked to Twitter, Hacker News, and our comments reel. Facebook pledged not to screw up the beloved development platform. While it won’t operate independently like Instagram, Facebook’s hands-off approach to the photo sharing app it bought a year ago should instill some confidence. Facebook’s director of product management Doug Purdy said in his statement about the acquisition that “We’ve worked closely with the Parse team and have seen first-hand how important their solutions and platform are to developers. We don’t intend to change this.” On the phone with me he reiterated that Facebook doesn’t intend to mess with a good thing.

Still, developers’ complaints I read centered on two fears: 1. That Facebook would degrade the Parse service, potentially by promoting its own social integrations and app install ads too hard, and 2. That Facebook would spy on data coming into Parse, including what types of content people chose not to post to the social network. 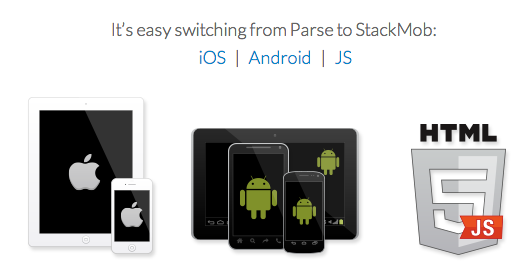 Wasting little time, StackMob launched an auto-importer for developers looking to move their apps elsewhere and published a blog post touting its advantages over Parse. StackMob CEO Ty Amell tells me the company had already been tinkering with a Parse importer, but when the acquisition was announced, it finished it up and made it accessible yesterday alongside a step-by-step guide. Then today the company began offering a Python script that turns the multi-step process into a single step.

Amell explained to me, “Over the last few months we’ve seen an increase in people coming over from Parse. Once we heard they’d been acquired, we knew there was going to be a lot of backlash and uncertainty from mobile developers. Facebook has a history of monetizing other people’s users, and charging through ads and other ways to access users. Parse not being independent any more is a pretty large concern for developers.”

He says developers had two main questions about the acquisition. 1. Do developers still own their data? 2. What rights to privacy do developers have, and how will Facebook use their data? Amell says “Facebook has some pretty aggressive terms of service. ” However, most of those terms refer to user data, not developer app data, so Amell may be confused.

Overall I think he’s blowing the issue out of proportion for his company’s gain. Developers are right to have questions about what will happen now that Parse is a division of Facebook, but that doesn’t mean they need to migrate away from the platform immediately. Facebook may eventually need to add new terms to its legal documents to cover its new paid B2B services arm, though, which could clarify exactly what will happen with Parse data.