The company is buying the mobile-backend-as-a-service startup (yes, the industry acronym is mBaaS) in a deal that we’ve heard is worth $85 million. [Update: And we’re hearing that excludes retention.] Neither company is commenting on the size of the deal, except that Facebook said it’s not “material.” For more on the long-term impact of Parse on Facebook’s business, read our follow up, “Parse Isn’t An OS, But It Is Facebook’s Answer To Android And iOS“. 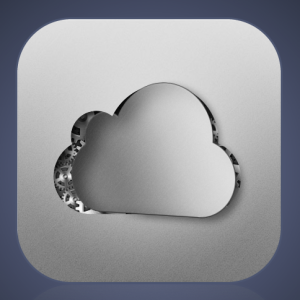 Parse was founded about two years ago by a small group of seasoned Googlers and Y Combinator alums who got together to build a useful set of back-end tools for mobile developers. They originally called their back-end service, the “Heroku” of mobile in a homage to what was one of YC’s biggest exits to date — the $212 million sale of Heroku to Salesforce.com. They offer services that help mobile developers store data in the cloud, manage identity log-ins, handle push notifications and run custom code in the cloud.

Facebook won the deal amid what we’ve heard was a competitive process with many of other Valley’s other biggest potential buyers. Parse CEO and co-founder Ilya Sukhar said that he chose Facebook over other suitors — without naming names — because the company was a better cultural fit.

“I don’t think any of the other conversations created anywhere near the excitement level that we had for Facebook,” he said in an interview.

Why Parse? Facebook is in a big push to become more relevant than ever to mobile developers. It doesn’t own its own mobile OS like Apple or Google. It doesn’t make its own devices.

Instead, it’s a horizontal social and identity layer that runs through thousands of apps of iOS and Android, in deep custom integrations in devices made by hardware makers like HTC, and in its latest project, Facebook Home.

In that sense, Facebook has to prove value to mobile developers in other ways. Facebook integrations can make apps stickier when users add friends, and the company’s mobile app install ads help developers acquire new users. 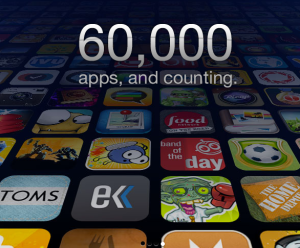 Now through the Parse deal, the company will be able to offer back-end services for data storage, notifications and user management. This is a brand new kind of revenue stream for Facebook, as the company is keeping Parse’s freemium revenue model. Parse currently has over 60,000 apps and roughly the same number of developers. They focus on monetizing the top 10 percent of their clientele.

“This fills out one of the pillars of Facebook platform that we’ve been thinking about for awhile,” said Facebook’s Director of Product Management Doug Purdy. “Since 2007, the Facebook platform has been about being an identity mechanism with sharing. But over the course of the last six months, we’ve been thinking about how we can help applications get discovered and how they can be monetized.”

He added, “In order to provide the best experience possible, developers also need to build a whole host of infrastructure. Parse is a natural fit. They’ve really just abstracted away a lot of the work necessary to get an app up and running.”

As for Parse users, the company says apps won’t be affected in any way, that developers won’t have to integrate Facebook and that existing contracts will be honored. Parse has a freemium model with a basic free version for up to 1 million requests or pushes per month and a limit of 20 bursts per second. A lowest paid version is $199 a month with 15 million requests a month, 5 million pushes per month and a burst limit of 40 per second. Then there’s an enterprise version where the rates are negotiable.

In the long-run, by getting closer to the development process Facebook could increase the likelihood that third-party apps integrate with them and buy their ads. When added to the direct fees Facebook will collect from Parse subscribers, the acquisition could become a critical part of how Facebook earns money from the burgeoning app economy.

To learn how the acquisition will change Facebook’s place in the mobile landscape, read our follow-up, “Parse Isn’t An OS, But It Is Facebook’s Answer To Android And iOS”

Parse has come a long way. In just under two years, we’ve gone from a rough prototype to powering tens of thousands of apps for a very broad spectrum of customers.

As stewards of a good thing, we’re always thinking about the next step in growing Parse to become a leading platform in this age of mobile apps.

These steps come in all sizes. Most are small and incremental. Some are larger. Today we’re excited to announce a pretty big one.

Parse has agreed to be acquired by Facebook. We expect the transaction to close shortly. Rest assured, Parse is not going away. It’s going to get better.

We’ve worked with Facebook for some time, and together we will continue offering our products and services. Check out Facebook’s blog post for more on this.

Combining forces with a partner like Facebook makes a lot of sense. In a short amount of time, we’ve built up a core technology and a great community of developers. Bringing that to Facebook allows us to work with their incredible talent and resources to build the ideal platform for developers.

We think this is the right way to accomplish what we set out to do. We’re excited about the future of Parse!

Last week, we hosted our first Mobile Developer Conference, where we launched several new products to help mobile developers integrate Facebook: Open Graph for mobile, better Facebook Login, and new developer tools. Today, we’re making it even easier to build mobile apps with Facebook Platform by announcing that we have entered into an agreement to acquire Parse, a cloud-based platform that provides scalable cross-platform services and tools for developers.

By making Parse a part of Facebook Platform, we want to enable developers to rapidly build apps that span mobile platforms and devices. Parse makes this possible by allowing developers to work with native objects that provide backend services for data storage, notifications, user management, and more. This removes the need to manage servers and a complex infrastructure, so you can simply focus on building great user experiences.

We’ve worked closely with the Parse team and have seen first-hand how important their solutions and platform are to developers. We don’t intend to change this. We will continue offering their products and services, and we’re excited to expand what Facebook and Parse can provide together.