People want to get their news on their phones, but many publishers are struggling to offer a set of mobile web sites and apps that users truly love. Meanwhile, mobile advertising is currently making much less money than web advertising, which is already a fraction of what print used to bring publishers. Basically, modern publishing is tough.

But Mike McCue’s Flipboard is already making a big difference in the industry by helping publications succeed on mobile. Its popular native mobile apps let users read beautifully presented stories from across their favorite sites, then it sells ads on these sites and splits the revenue with publishers. It recently launched a way for anyone to create their own magazines, which has helped lead to a record 53 million registered users today — check out TechCrunch’s weekly edition here for a good example.

I’ll be talking with McCue about his plans for the company, where he sees media going on mobile, and how his past experiences as an entrepreneur have shaped his present work. 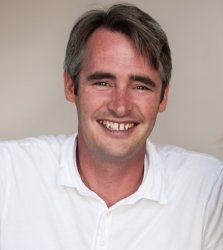 Longtime Silicon Valley entrepreneur Mike McCue founded Flipboard in early 2010, with former Apple iPhone engineer Evan Doll. Together they set out to build a global service that would let people make all of their news, photos, and videos from across social networks accessible from a single place.

In July 2010, they launched Flipboard for iPad, a social magazine that brings people the most informative, entertaining and amazing stories from around the world and from their daily life. With each flip, people can learn about stories and events that take place thousands of miles away or right at home; see life’s great moments in one place; and be inspired by what others share. Today, Flipboard works across iPad, iPhone and Android.

In 1999, Mike founded Tellme Networks, one of the world’s largest Internet networks for voice communication. He successfully led the integration of the company’s technology into Microsoft’s infrastructure following its acquisition. Microsoft bought Tellme in 2007 for $800 million.

Before founding Tellme, Mike worked at Netscape as Vice President of Technology. He joined Netscape after their successful acquisition of the first company he founded, Paper Software, a leader in 3-D browser technology. Mike was honored with a Kilby International Award as a Young Innovator for his work bringing 3-D technology to the world through Netscape’s Web browser.