People around the world are hoping their friends in Boston are safe after today’s horrific bombing. But calling and texting friends can clog phone lines, hindering response crews. Facebook offers an alternative. By Graph Searching “Friends in Boston” or viewing the Boston Page, you can pull up friends who live there, see if they’ve said they’re safe, ask if they haven’t, and pass along some love.

Graph Search was designed for finding people with a specific characteristic. Unfortunately, the new feature is still in the early phases of its rollout. It’s currently only available to a small percentage of English-speaking U.S. users. The inability to handle this kind of query underlines how much Facebook needed to revamp its search product. Luckily there’s a workaround for everyone else. Visiting the Boston, Massachusetts community Page brings up several lists of people including a tab for “Friends Who Have Lived In Boston.” It’s not a current list, but at least it’s inclusive. 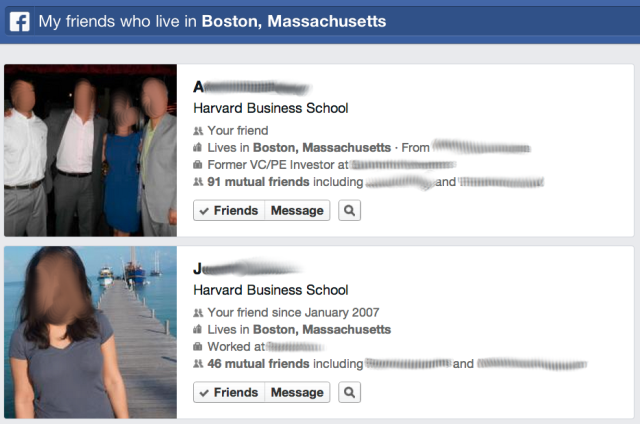 All of the TechCrunch staff’s hearts go out the victims of today’s tragedy, and personally I was shocked when I first heard the news. But it was when I Graph Searched “My friends who live in Boston, Massachusetts” that the gravity of situation really struck me. I have 12 friends currently living in the city that could have been affected.

Remembering all of them would have been tough but Graph Search jogged my memory and filled me in on who had recently moved there. Most had already given some sign on the social network that they were safe. I posted short notes of hope on the walls of the rest, and all have since responded that they’re fine. 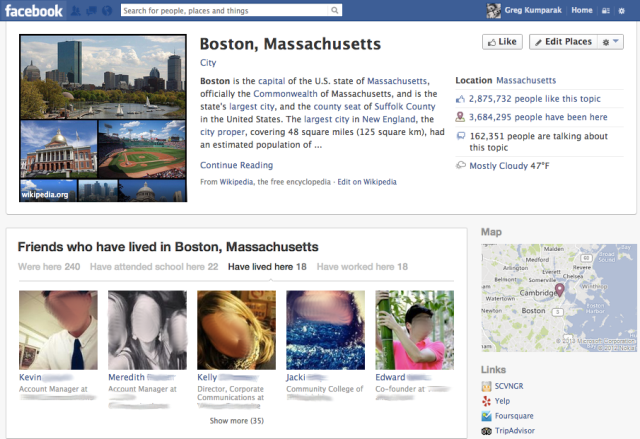 Anyone else who visits their walls will see those reassurances, too. That means the people most likely to know someone who was hurt, or who could volunteer to help in person might spend less of their day fielding panicked texts and calls about their own well-being.

That’s important because if cell phone lines near the site of the explosions get too congested, it could be harder for response crews to get their own vital calls and texts through. So instead of racking your brain for who you know in Boston, or clogging the cellular lines, consider checking on your friends digitally. And if you want to help, the Red Cross has the Safe And Well person database, plus opportunities for you to donate blood or money to help victims on this dark day.

For breaking news on the situation in Boston, TechCrunch has a live blog post of updates.