This is a story about multiple lawsuits, a clone, and yet another tale of David vs. Goliath, except this time David and Goliath are kind of the same person.

After winning in the courts against a cohort of major broadcast networks just last week, two major problems have befallen the streaming TV startup Aereo.

The first is a clone called AereoKiller LLC, which claims to operate under similar technology on the West Coast. The second problem is that News Corp has threatened to turn Fox into a cable channel, putting it out of the reach of Aereo’s technology, in the wake of the recent Second Circuit court decision.

But before we get ahead of ourselves, let’s go through this one piece at a time.

To say that AereoKiller LLC is competitive would be a huge understatement — the company originally distributed its live TV content from the URL BarryDriller.com, a clear knock at Aereo investor and media mogul Barry Diller.

A federal judge in the Ninth Circuit of California, which covers most of the west coast including Washington, California, Nevada and Arizona, ruled against AereoKiller LLC granting the broadcast networks request for a preliminary injunction.

See, in Aereo’s case, the company operates within the law based on precedents set in a Cablevision case a few years ago over its cloud DVR service.

The Cablevision case claimed that since the remote DVR service only transmitted an individual’s unique copy of the content, which was controlled only by that user, Cablevision was not infringing on the broadcasters’ copyrighted content. In fact, everything was exactly the same as the original DVR service except that the content was stored in the cloud instead of on a DVR box hard drive in the user’s living room.

Aereo works in a similar way. Users rent out a tiny micro-antenna (that is stored remotely by Aereo) which picks up free over-the-air signals and records them to a cloud DVR when users begin watching. Each user is watching their own, unique, recorded copy of a show, whether they’re using the “watch live” function or the DVR service Aereo provides. For this reason, the Second Circuit in NY deemed that Aereo’s service is legal.

But Ninth Circuit judge George H. Wu isn’t bound by Second Circuit precedents. In his order for the preliminary injunction against AereoKiller LLC, he said: 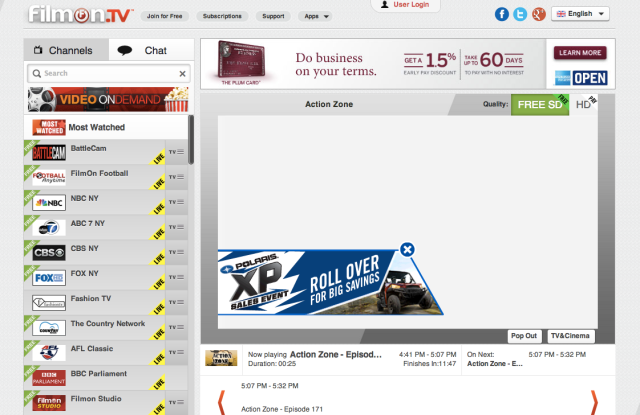 Because opinions differ from coast to coast, Judge Wu’s decision is only applicable within his Ninth Circuit region. For now, this isn’t a huge problem. Aereo currently doesn’t have plans to expand to the West Coast, and with good reason. It is, after all, Hollywood. But if Aereo ever did want to branch out into California and neighboring states, it may face being shut down if this ruling holds up.

AereoKiller LLC is also appealing the decision. In the meantime, Aereo has almost issued a ceasefire with its clone. Barry Diller sued the company for using BarryDriller.com as a URL slug, and he won. AereoKiller then distributed content through a host of other URLs, including CBSyousuck.com, until landing on FilmOn.com.

Aereo has filed a suit against AereoKiller LLC over the naming arrangement, but for now the startup seems more concerned that its clone doesn’t run around setting unfavorable precedents.

The second problem facing Aereo is News Corp and Fox.

After losing out against Aereo in the Second Circuit last week, News Corp’s COO Chase Carey threatened to pull Fox off of broadcast television and make it a cable channel.

“If we can’t have our rights properly protected through those legal and political avenues, we will pursue business solutions,” said Carey. “One such business solution would be to take the network and turn it into a subscription service.”

News Corporation has a long-standing commitment to the broadcast television business, and to delivering the highest-quality entertainment, sports and news programming to our viewers on a localized basis. We are committed to broadcasting under a business model where programmers receive fair compensation from parties that want to redistribute our product while continuing to make our product available for free to individual consumers that want to access our signal.

We believe that Aereo is pirating our broadcast signal. We will continue to aggressively pursue our rights in the courts, as well as pursue all relevant political avenues, and we believe we will prevail.

That said, we won’t just sit idle and allow our content to be actively stolen. It is clear that the broadcast business needs a dual revenue stream from both ad and subscription to be viable. We simply cannot provide the type of quality sports, news, and entertainment content that we do from an ad supported only business model. We have no choice but to develop business solutions that ensure we continue to remain in the driver’s seat of our own destiny. One option could be converting the FOX broadcast network to a pay channel, which we would do in collaboration with both our content partners and affiliates. 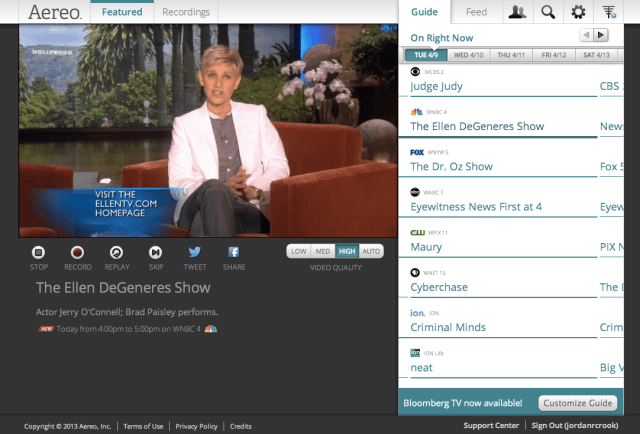 In an interview with TechCrunch, Aereo founder and CEO Chet Kanojia neglected to comment on what News Corp would do specifically, but spoke very openly about where he sees media evolving with regards to this situation. For one thing, he explained that on Aereo, as with any other media channel, shows are popular, not channels.

Traditionally the best content airs on broadcast television, because it has the largest audience reach, he explained. Without broadcast, you’re just “another channel on a dial,” with no relationship to the local community brought about by local affiliate stations under the umbrella of a broadcast network.

“Broadcast is the largest footprint from an audience perspective. It’s such attractive real estate,” he said. “If Fox doesn’t want it, someone else will step into that real estate. The audience is impossible to replicate. If you look at any cable channel, it doesn’t hold a candle to the reach and the local connection broadcast offers.”

But the story isn’t complete without Barry Diller. Fox Broadcasting Company popped up in the early 1980’s as the first real competition to the Big Three Networks, ABC, CBS, and NBC, which went out to the majority of Americans as broadcast television.

Fox was the first channel to join them as a broadcast network, rising to a current number 2 position behind CBS as the most viewed network.

At the time that Fox was deciding to public broadcast its content, Barry Diller was the CEO. Now, almost thirty years later, he’s pioneering efforts to re-distribute those free over-the-air signals with a new company called Aereo. It’s almost as if his latest venture is an innovation piggy-back from earlier moves he’d made in the media industry.

“One of the greatest strengths I’ve learned from [Diller] is to look forward,” said Kanojia of Barry Diller. “That’s how I’ve experienced him. He’s of the mentality that you just can’t change the past, you have to go forward, and the more you take advantage of the opportunities technology offers the more value you can create and the better off you are.”

Moving Fox from broadcast to cable is no simple feat. It would take months if not years, it would exclude a good 10 percent of the population that doesn’t use cable, and who knows what would happen to the investment made in all those local affiliate networks?

And all this for a startup that is only operating in New York.

In this day and age, companies need to predict the future, not just be ready for it. But News Corp is perhaps giving Aereo even more validation than the courts did by threatening to pull its content off of the air. Clearly, the Barry Diller-backed startup is making more than a few people panic. It’s ironic, isn’t it? The same guy that helped put that content on broadcast airwaves is now the one disrupting that very model.

The significance of this situation stretches far beyond today, as major media corporations slowly learn how to aquire, or perhaps lose, an increasingly digital audience.