As predicted, Facebook announced a way to turn your Android phone into one focused on people and not apps, as we’ve grown accustomed to on computers and mobile devices.

“We don’t want to build a phone or operating system that only some people could use,” Facebook CEO Mark Zuckerberg said, adding that he wants to do more than build something for 1-2 percent of the smartphone market since the company has over a billion users. Facebook Home isn’t a fork of Google’s Android operating system, it’s a new launcher that brings all of the things that are happening with your friends right now to the forefront of your mobile experience.

Since the home screen is the first thing you see when you wake up your phone, what we see first is Cover Feed, an experience that our own Josh Constine explained as a “Sixth Sense.” Cover Feed is a visually rich news feed on your home screen. The hope with Cover Feed is that you’ll start interacting with your friends quickly, rather than tapping around your apps, waiting for notifications to appear in your bar. You’ll be able to tap items that come up in Cover Feed to like them, so you’re not required to open the full Facebook app. 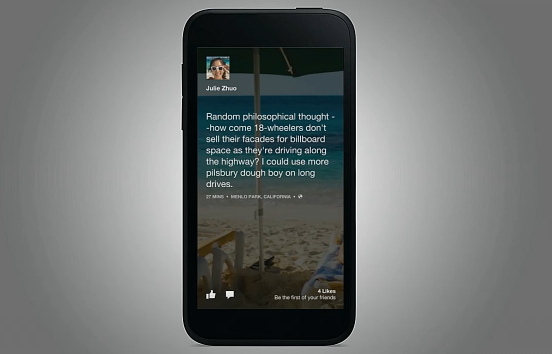 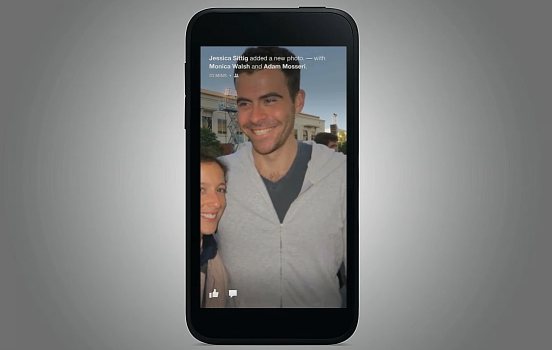 “Typically all you see is a clock or a snippet of an email. What we aspire to do with Home is provide much more value than that,” Facebook pointed out. Cover Feed is a huge part of this experience, bringing all of your friends’ updates to your device right on the home screen. The Home experience will be updated every month, with more feature fixes than an operating system would.

Apps are important, too, Zuckerberg says, so you can still add apps to your device. The launcher for other apps is just one swipe away from the home screen. When all was said and done at the event, Zuckerberg stated: “We think this is the best version of Facebook there is.”

Home will be available for Android phone users on April 12th, with tablet coming at a later date. The HTC first has been announced as the first devices with Facebook Home installed. To get it, you’ll have to have the latest version of Facebook and Messenger installed on your device, you’ll then get a welcome message that sends you to Google Play. 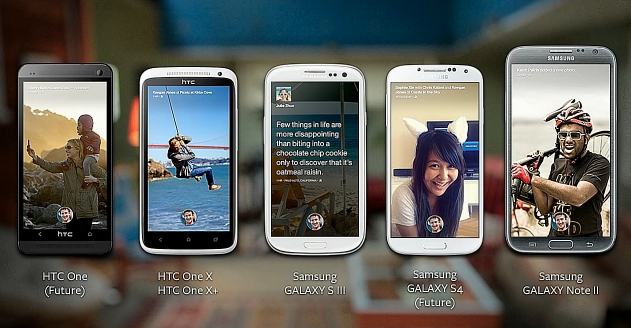 Since Home isn’t a new operating system and doesn’t require new hardware, there’s a good chance that the experience could be downloaded millions of times as soon as it’s available on April 12. By going this route, Facebook has been able to focus on design and usability without having to contend with the hassles that manufacturers have to when supporting different hardware types.