Facebook is getting into the “Android launcher” market, the company has confirmed, thanks to its new Facebook Home application announced today. The app, as previously reported, is new software that integrates the Facebook experience deeply into the Android operating system. But Android launchers today aren’t a very large market, relative to the reach Facebook has in mind. Will the Facebook brand be able to change that?

Facebook already has an incredible presence on mobile. It’s the most-used application on your phone. And of Facebook’s more than 1 billion active users, 680 million are active on mobile. It only makes sense for Facebook to build something that takes better advantage of this major shift in computing by putting its service front and center in people’s everyday lives.

But compared with the enormity of Facebook, the Android launcher market is much smaller. According to Google Play data, Go Launcher EX, the top free Android launcher, has somewhere between 50 million to 100 million installs worldwide. But that includes users who are installing it on multiple devices, or again and again as they change phones. According to app-store analytics firm Distimo*, the launcher has actually only been installed on 6 million unique devices in the U.S. since mid-August 2012. 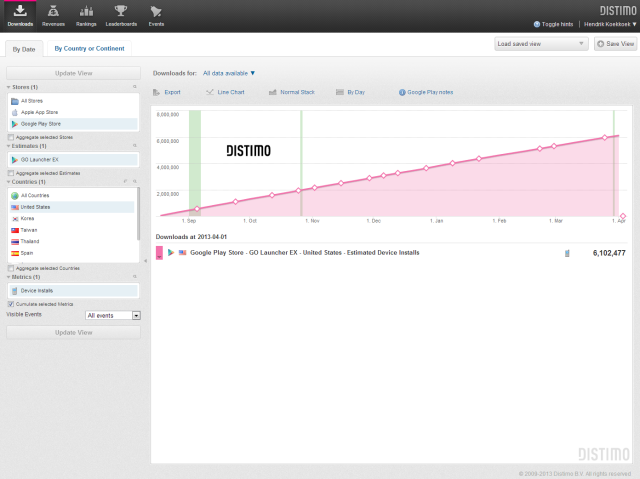 Launchers are mobile applications popular among Android users that allow you to further customize the look, feel and functionality of the native Android experience, replacing the user interface experience that ships with your phone. 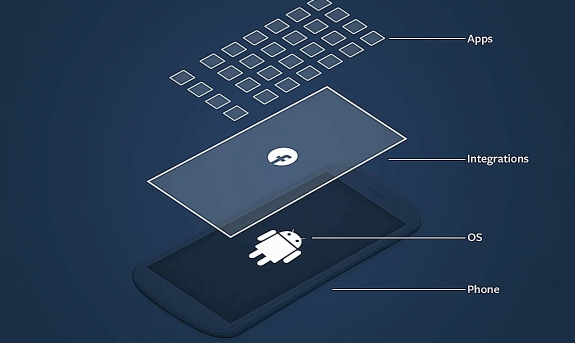 They allow you to do things like install themes, customize icon skins, change the way you navigate between screens or access the application drawer, for example, and much more. Some have 3D effects, others include their own widgets, and some offer a variety of widgets, themes and other add-ons for download or sale separately. But the one thing they have had in common is that they’ve generally appealed to a more advanced, more technically inclined crowd that likes to tweak and customize their devices. They appeal to those who feel confined by the locked-down experience on iOS and want more control.

This is the competitive market that Facebook Home is joining, and Facebook’s Launcher, though beautifully designed, is an entirely different experience from the launchers available today. Although like the others, Home is about changing the default Android interface, it differs in that it changes it to one of Facebook’s liking, while other launchers are about offering users tools to make their phones their own.

What About The Others?

You might now be wondering how popular these types of programs are among users, especially here in Facebook’s largest market, the U.S. Of those listed above, the most popular free launcher in Google Play is the GO Launcher EX, which ranks No. 70. The only others ranked in the top 1,000 free applications on Android are the Nova Launcher (No. 324) and the Apex Launcher (No. 505).

In the chart below, you can see the estimated installs per device for these launchers for March 2013. To be clear, this is not unique downloads per user, but installs per unique device. It’s not an exact science here, but this helps give you a feel for the size of the market in the U.S. for these types of customizations. 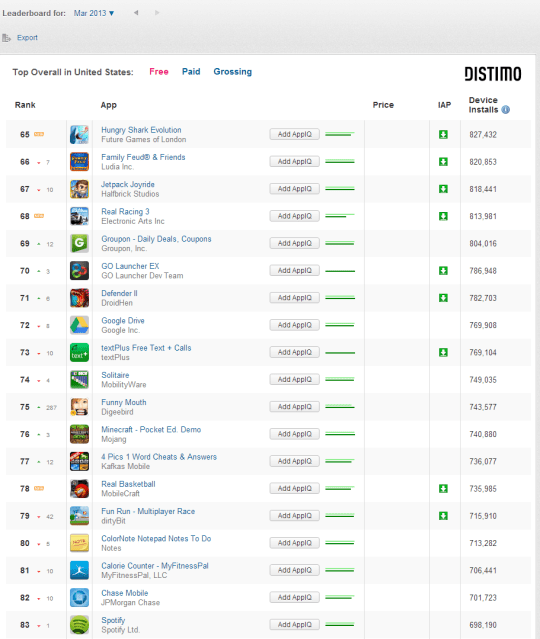 Among paid apps, Nova Launcher Prime is tops, ranked No. 6, which shows that a good many Android users care enough about customization to actually pay to achieve such a thing.

By revenue, these apps also fall further down the charts: Nova Launcher Prime (No. 195), GO Launcher EX (No. 264), SPB Shell 3D (No. 339), Apex Launcher Pro (No. 513) and ADWLauncher EX (No. 584) are those that make a showing here. This indicates that only some portion of the audience is happy to pay for the extended features outside of the initial one-time download.

And from the experience described today, Facebook Home doesn’t include ads, either (at least, not yet). But it could take advantage of its deep presence on users’ devices to improve its ad-targeting capabilities in the future. 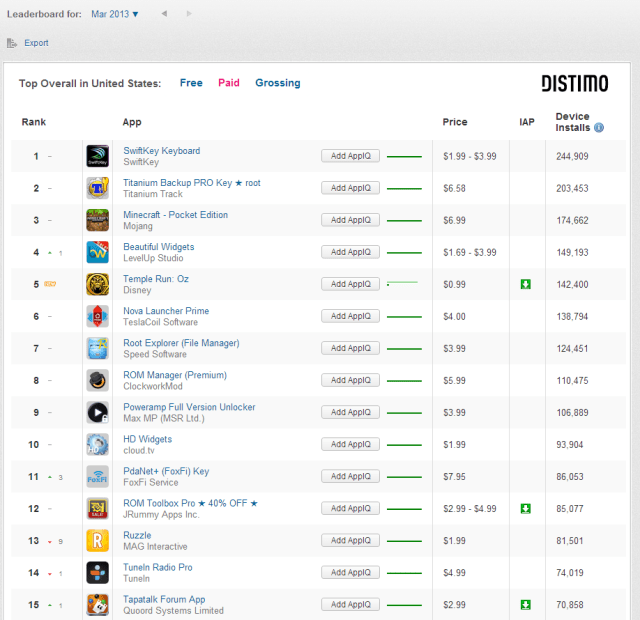 “It is a bit difficult to say something about the market size for launchers,” admits Hendrik Koekkoek, a data analyst at Distimo. “The three apps in the top 1,000 free together generate 0.38% of all device installs of the top 1,000, so this is not particularly large,” he says.

In terms of revenue, launchers don’t do all that well; the five apps in the top grossing generate only 0.22 percent of all revenue of the top 1,000.

Facebook specifically chose not to do its own phone because an install base of 10 million to 20 million units was too small. “Our community has more than a billion people in it. We want to build the best experience for every person on every phone,” said Zuckerberg. But even extrapolating the above U.S. numbers out to a worldwide audience, it seems that being a consumer-facing app will take Facebook Home only so far. The company will need to target its integrations at OEMs that are bringing the next billion mobile users online to have a real impact here.

Then again, maybe it’s wrong to look at the current launchers on the market and draw any conclusions about the potential for Facebook Home whatsoever. It’s a very different experience. Still, as a consumer app, Facebook will have to convince the Android customizers and tweakers that its app is better than their current overlay, and it will have to educate the more mainstream users that such customizations even exist.

*Distimo methodology: Distimo AppIQ provides download and revenue estimations for any app worldwide, based on daily sampling of transactional app data (>3 billion downloads / quarter) and publicly available information. When calculating downloads and revenues for individual apps, Distimo’s unique methodology excludes that app’s transactional data from the analysis to preserve the confidentiality of their users’ data.