Ooomf, a startup which raised half a million in seed funding last fall for an app discovery platform, is already closing that service down and pivoting to become a marketplace to connect developers, designers and copywriters with web and mobile projects. The new service will operate under the same name, and founder Mikael Cho tells us that during its private beta last month, ooomf has already approved over $125,000 in projects, with 90 percent connecting with one of the site’s professionals.

Although at first the shift in focus seems like an almost entirely different route for the company, it’s actually just another angle on the app discovery space. As Cho says, while running the original ooomf, the team realized that the most important piece of app discoverability is making a great app to begin with. 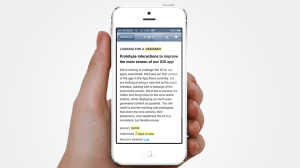 “A huge portion of app discoverability and having a successful mobile app, ultimately lies in building a quality product,” Cho explains. “No amount of marketing can save a poorly constructed app.”

The company had received hundreds of requests from customers looking for help with app design and development, so it decided to respond by building what people were asking for, he says.

That’s not to say that ooomf was doing all that poorly before – it had over 15,000 app makers sign up and launched over 4,000 app websites. But Cho says that app websites, as it turned out, were not the “need to have” tool to solve the app discovery problem. Support for those earlier features will shut down in a month’s time.

Though freelancer focused sites like Elance and oDesk have a big chunk of this market today, they tend to pit the freelancers against each other, and ultimately price determines who wins a given contract. On ooomf, both the projects and the talent are first pre-vetted for quality. This has led the average project value during this early test period to be $3,900, and they last for three weeks or less, typically. For comparison’s sake, oDesk often has projects around $250-500.

It costs $10 to list a project on the marketplace, and ooomf will also take 15 percent commission on the original project budget to cover payment security and transaction fees. 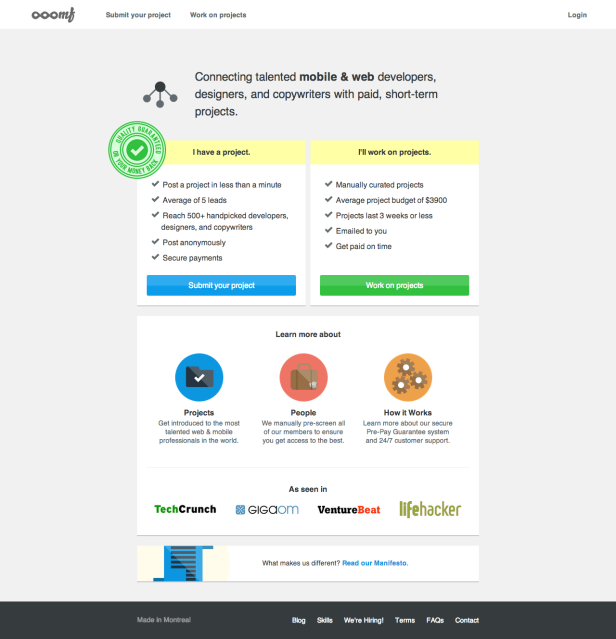 Member applications are examined before entry, with ooomf looking at everything from personal portfolios, Dribble and GitHub profiles, App Store ratings and reviews, and more.

“This saves project owners the headache of trying to figure out if a developer or designers is good enough to work on their project,” notes Cho. “We do this evaluation for them before anyone can work on a project.”

Once accepted, members receive a manually curated email with new projects available that week, and they can then request an intro to kick off the project. In the future, the plan is to expand beyond developers, designers and copywriters to also include other remote professionals, like industrial designers, photographers, and more. The company expects to expand to new verticals by September of this year. 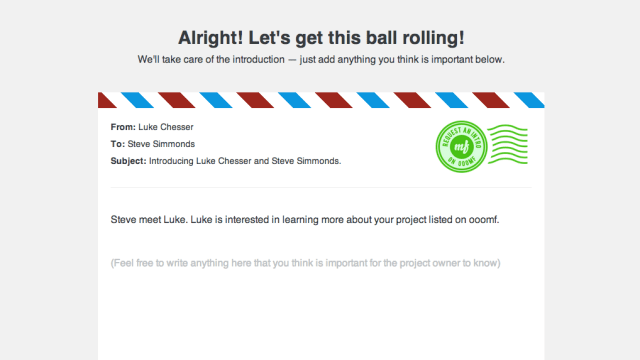 The company’s beta included over 1,000 professionals, and signed up another 1,000 who have been on a waiting list. Of the 90 percent of projects which have been matched up with a pro, all have connected with their remote freelancers within 48 hours.

The startup hasn’t raised additional funding for these new efforts, but is continuing on the seed funding it had raised previously.

Today, the new ooomf is open to sign-ups from anyone, though of course, not everyone will get in. The first 500 TechCrunch readers posting projects to ooomf can do so for free, using the code “techcrunch.”