Today, Elon Musk’s Tesla Motors announced a plan to allow consumers to finance its Model S Electric cars, thanks to a partnership with Wells Fargo and US Bank.

The company says that this is a new kind of financing product that “combines the surety and comfort of ownership with all the advantages of a traditional lease.” So while this isn’t a straight-up lease, this is a hybrid that is as close to owning one of these cars as you’re going to get without paying cash for it.

The “true net out of pocket cost” for a Model S with this deal is less than $500. After three years you’ll be able to turn the car in for cash or equivalent trade-in.

Here’s how it works, it’s not as complicated as it sounds, but it is pretty genius math and marketing:

If you want to keep the car after three years, you simply continue making payments for another two years. The advantage to this approach is that you’re never locked in like a lease and that consumers are “building equity” in their vehicle, Musk explained during the conference call today. 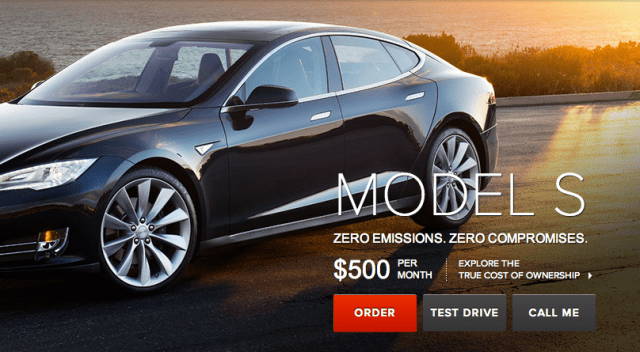 Tesla has updated its website and offers more details on the program, along with a pricing calculator based on where you live: 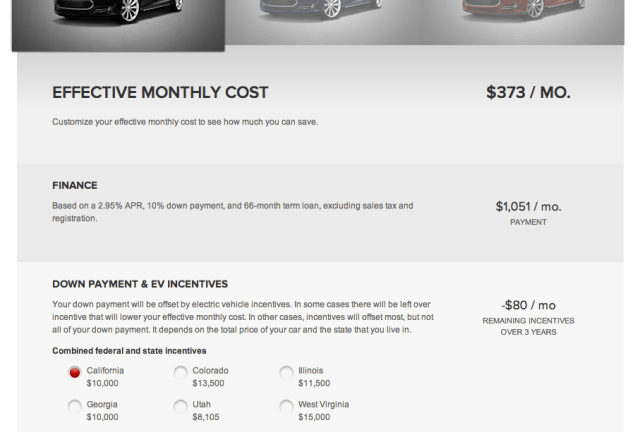 The announcement came along with a video featuring Musk, providing a personal guarantee on the Tesla Model S, which he says is “the world’s best car”:

Also during the call, Musk was asked what his net worth was, which is tied to what the founder means when he says he’s “putting my money where my mouth is.” If Tesla cannot pay a customer the residual value for a Model S, Musk will do so personally. While he didn’t give an exact number, he said that reports by Forbes, which list his net worth at $2.7 billion, “weren’t far off.”

Before you go and order one, take a look at our Model S test drive from last year: