My recently-purchased car has Bluetooth built-in to let me use my phone hands-free from the steering wheel, as do most cars coming off the line new these days. The one issue is that there’s no way to activate Siri using the car’s default controls, which is another unfortunately common thing for modern cars and aftermarket Bluetooth stereo kits. But Plano, Texas-based Beanco Technology offers a really simple solution to fix that called the Mobile Home, in the most minimalist way possible.

A lot of gadgets come through my office, and generally speaking, if they have terribly punny names like “Mobile Home” and come from a website that looks like this one, I’m inclined to pass on writing them up. But the Mobile Home impressed by how easily it added a much-need feature lacking from my in-car Bluetooth system, without requiring me to do anything more than pair a Bluetooth device to my iPhone (so long as you’ve already also paired your phone with your in-car system).

A small rectangular black box with what looks like a design copyright-infringing Home button, which acts just the same as the one built into your iPhone device.

Anyone with a car stereo or hands-free system, factory or aftermarket, that allows you to do everything except call up Siri from existing steering wheel-mounted controls. 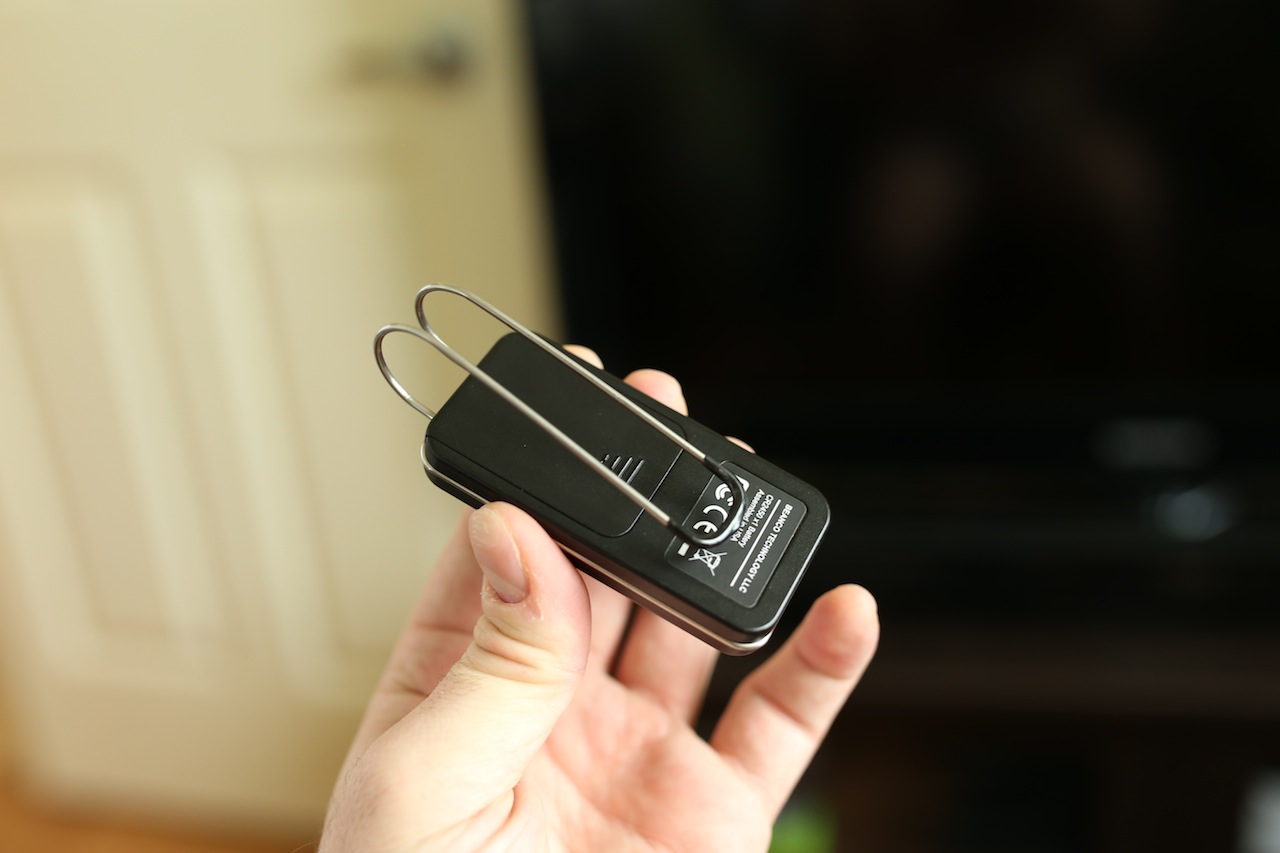 Using either the metal clip mount, or the included Velcro attachment kit, you fasten it either to your sun visor or dash, effectively adding a nice big Home button to the in-car controls in a place that’s easy to reach without taking your eyes off the road. Just like with the iPhone itself, you long press the Mobile Home to bring up Siri, double-click to activate lock screen audio controls, and single-click to wake the display. The iPhone sees it as a Bluetooth keyboard, which means you can’t use the on-screen one when it’s connected, but that’s not something you’re ever supposed to do while driving anyway.

My main complaint with the Mobile Home is that it’s expensive, at an MSRP of $79 (though the “special launch price” of $59 seems to be pretty permanent). But if this is the one piece that’s missing from your ideal in-car hands-free setup, then it does the job better than most, and even incorporates things like an auto-off function that means the battery lasts between six months and a year under normal use conditions. Sometimes looks can be deceiving, and behind Beanco’s somewhat amateurish presentation, there’s a handy little gadget that does its job simply and well.