T-Mobile has announced its first LTE coverage areas today, with a network that launches in seven cities today, including Baltimore, Houston, Kansas City, Las Vegas, Phoenix, San Jose and Washington DC. The company said that its network should reach 100 million potential subscribers in the U.S. by the middle of this year, and also is expected to reach 200 million by the end of 2013.

Already, T-Mobile had pushed the LTE network live in Phoenix and San Jose, with users reported decent downlink and uplink speeds. And we saw leaks a few days ago that suggested Las Vegas, Houston, Washington, Kansas City and Baltimore would also be among the first U.S. cities to get coverage. There’s no surprise in terms of initial markets, and T-Mobile didn’t announce where its network would be headed next in detail, but that’s still a decently-sized initial deployment. On stage, T-Mobile USA CeO John Legere did mention LTE would arrive in NYC by “summer.”

T-Mobile has also unveiled the Sonic 2.0 mobile hotspot ahead of officially kicking things off at its event today in NYC. The first LTE hotspot from the carrier, it boasts deep Windows 8 integration, as well as connections for up to eight devices at once, and around seven hours of continuous battery use. The hotspot has a MicrosSD card clot that supports cards with up to 32GB of storage, for sharing of files from devices connected to the network. It has a built-in QVGA screen that shows signal strength, how many devices are connected, battery and also the number of unread text messages. It’s coming at the end of the month, and should be an attractive option to those who actually live in work in regions where T-Mo’s new LTE network is active. 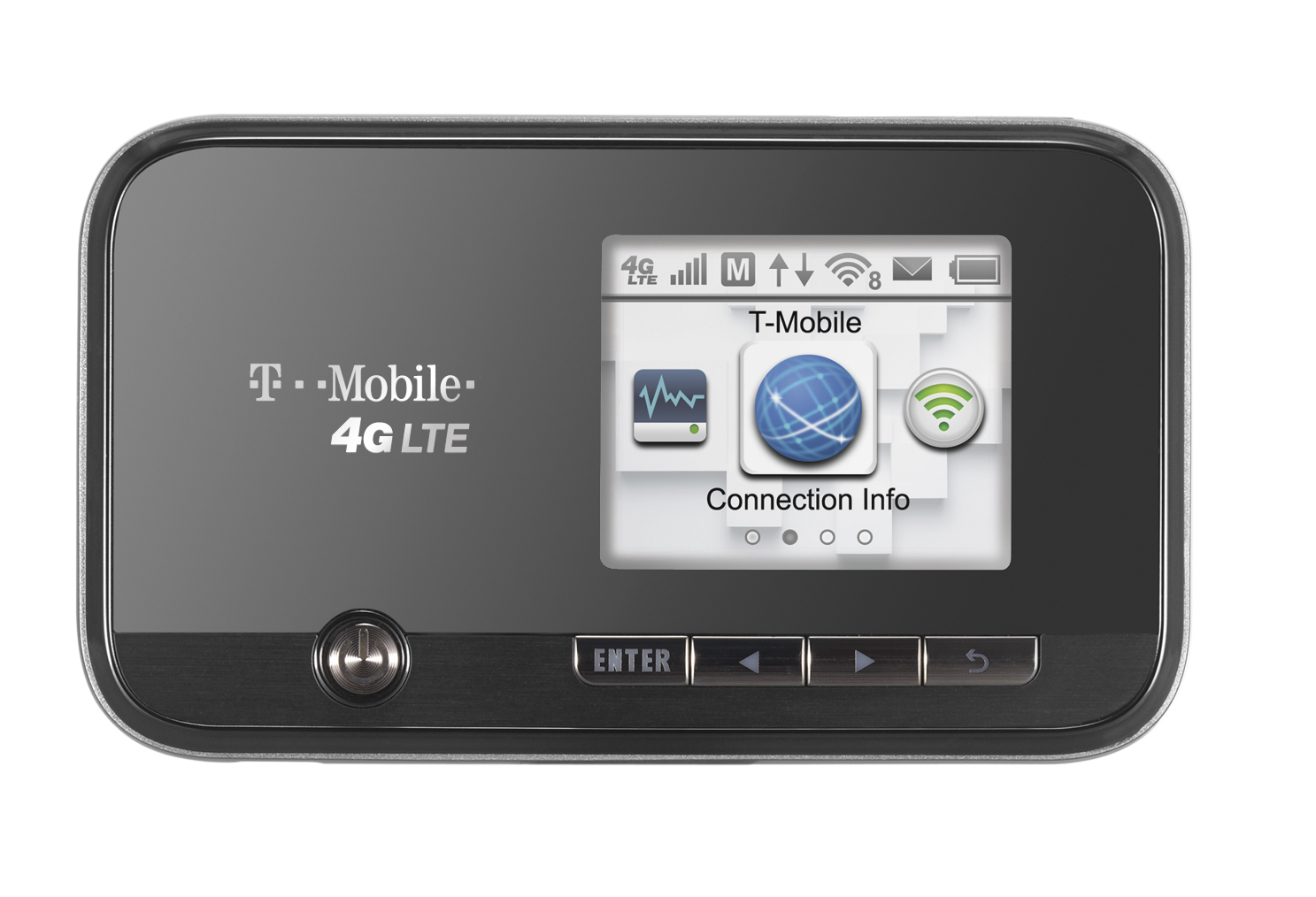 The hotspot will be $29.99 down, with 24 payments of $5 on its new instalment plan along with LTE service.