When Twitter or Dropbox go public, they should remember May 18, 2012. The SEC has approved NASDAQ’s payout of $62 million to investors burned when the stock exchange’s trading systems broke down during Facebook’s IPO. Total losses for investors were pegged at $500 million by the Wall Street Journal, though. The debacle should push companies eying big IPOs to look at other exchanges.

The NASDAQ gambled with other people’s money and Facebook’s reputation when it claimed it was ready to handle one of the most anticipated initial public offerings in history. But the morning of May 18th, the bet went sour.

As I wrote back when the blow-up happened (based on Reuters’ play-by-play of the meltdown) there was “a trading delay of 30 minutes and investors were unsure how much of Facebook they’d bought. There were 12 million postponed share orders suddenly filled between 1:49 p.m. and 1:51 p.m. without being properly marked ‘late sale’, which exaggerated the impression that people were trying to dump Facebook shares.” 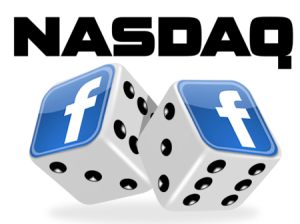 There seemed to be insufficient preparation, no back-up plan, and little communication from NASDAQ. This resulted in confused investors who pulled back from Facebook, thus contributing to its falling price. There were certainly other issues with the IPO, including that Facebook may not have properly announced mobile revenue uncertainty or last-minute revenue forecast cuts. But NASDAQ’s glitches certainly didn’t help, and Facebook is still trying to claw its way back to its $38 IPO price.

Now the SEC has given the go-ahead for the NASDAQ to pay out $62 million in cash. As the WSJ details, eligible investors include some whose orders weren’t carried out, or who weren’t correctly notified when buys or sells did go through. Many banks who lost big money due to the breakdown are understandably unsatisfied with the compensation plan that comes up hundreds of millions of dollars short.

Hopefully the whole situation will serve as a lesson to stock exchanges and the companies that IPO on them: Consumer tech is now part of the financial zeitgeist. People want to own a part of the services they use every day. Trading systems must be ready for the onslaught when these companies go on sale. And if something goes wrong, don’t try to play it cool. Have a contingency plan and be prepared to delay an IPO an hour or a day if necessary. It’s better than watching so many dollars disintegrate due to confusion.