A few years ago, I received a panicked phone call from a friend I hadn’t heard from in months. His Internet connection was on the fritz, and he had a huge project due the next morning. He’d called his ISP, and they were no help. As his only friend that, as he said, “knew computers and stuff”*, I was bound by International Homie Law to fix his crap.

“You reset your router, too, right?”

I arrive at his house a bit later, and have him point me toward his networking gear. It’s stuffed behind the TV in his living room, as it’s the only place in his apartment with a functioning coax cable coming out of the wall.

I ask him to reset his modem again. He reaches over and unplugs his modem. So far, so good.

I ask him to reset his router again. He reaches over and unplugs his roommate’s AppleTV.

Every geek has a story (or 10) like this one. The Amazing Jellybean, an ongoing Kickstarter project, wants to make them a little less common. 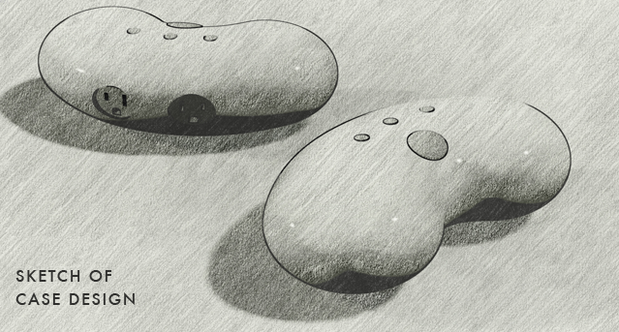 The Amazing Jellybean (a name which I am starting to feel ridiculous typing) handles all that with a single button push. Push the button, walk away. It’ll kill both the modem and the router, then bring them back online in the right order and with enough time in between for a proper boot sequence.

That alone makes it a pretty killer product to get for, say, your mom. Or your uncle. Or that one friend who has no idea how he keeps getting spyware from all of the totally legit sites he browses on his curiously sticky Dell. Cough.

But you, you don’t need this, right? You’re a titan of technology! You don’t nee no stinkin’ box rebooting your modem for you! Oh, did I mention it has Bluetooth connectivity so you can reset your broken connection without getting out of your chair to battle dust bunnies? Yeah, that’s what sold me on it, too.

Is it a more of a band-aid than a permanent solution to a bigger problem? Sure — but it’s a problem that has been lurkin’ around consumer grade networking gear for decades now. It’s probably not gonna disappear anytime soon.

As for why it’s shaped like a Jellybean? I have absolutely no idea.

[* Pro tip: When a conversation starts with “Hey, you know computers and stuff, right?”, the only correct answer is a straight-faced “What’s a computer?”]