Basho is open-soucing Riak CS, its storage software that integrates with Amazon Web Services. Riak CS will be available under an Apache 2 license.

The move is a smart one for Basho, which has built a reputation for Riak, its distributed high performance database. Riak CS runs on top of Riak and applies the same principles of distributed systems, applying it to the issues that companies have with large-scale storage. 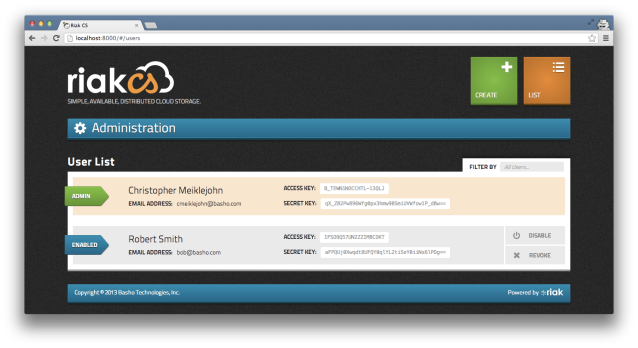 Open-sourcing Riak CS frees Basho to differentiate Riak Enterprise, which will remain proprietary. It can then also work with the open-source community to build out the storage software and integrate into the enterprise offering. The company launched Riak CS last year. Basho will not open-source the capability it developed to run the storage software across multiple data centers.

Companies increasingly need ways to pass large amounts of data between data centers. Riak CS is meant for files up to 5 gigabytes or larger. The trend is toward companies using public data centers for cheap storage and private data centers for managing data that is core to the enterprise.

The growth of open-source efforts such as Cloudstack and OpenStack further demonstrates why Basho has open-sourced its storage software. With these open cloud efforts, the market is demonstrating a growing need for storage software that can run anywhere on any system. Basho can leverage this market with its founding principles based in open-source.