The hashtag (#), which is a hallmark of Twitter’s userbase wanting to categorize content, is rumored to become a part of Facebook’s Graph Search. The company is tinkering around with the notion, but not much is known about how far along the social network is with it.

While the hashtag isn’t a concept owned entirely by Twitter, the company has helped to make them popular with mainstream users. The most important usage of the hashtag hasn’t been for branding though, its been to bring uncategorized information together into a discoverable and scannable way.

how do you feel about using # (pound) for groups. As in #barcamp [msg]?

Our sources tell us that it’s too early to know if the feature will end up making it into Facebook’s user experience or whether it will hit the chopping block. But with the company’s focus on slicing up information into feeds with its News Feed makeover, the incorporation of linked hashtags makes sense. Currently, Graph Search doesn’t crawl all of our posts, so it would seem like the hashtag feature would have to wait until that gets rolled out. 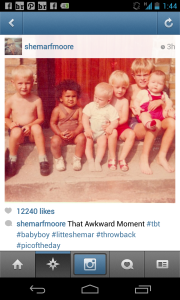 However, Facebook has seen the power of the hashtag firsthand; it’s a wildly popular behavior on Instagram. With a completely different demographic hashtagging their photos, Facebook is able to see how much extra engagement and traction is stirred up for photos based on bored users tapping the highlighted words.

As I’ve been using Graph Search, I find that typing into an open box isn’t something that comes naturally on a social network. I would much prefer queues like links or hashtags to drive my exploration. This is a phenomenon that is prevalent on sites like Wikipedia. You can get lost for hours clicking around from one article to the next based on the terms that are linked. In that way, links are the glue that make a massive social network feel smaller, which is what Twitter has experienced since properly incorporating hashtags. 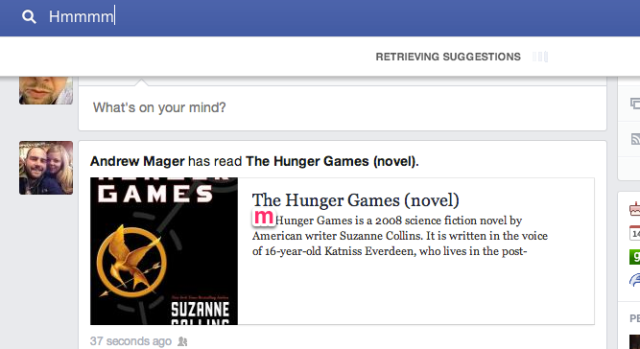 If Facebook were to adopt linked hashtags, of course even more commercials during your favorite TV shows would be plastered with #things to “engage” you in conversation. But mostly, the hashtag is there to engage you in wasting tons of time with tappable and clickable discovery. Oh, and Twitter would benefit from this adoption greatly, so don’t start singing the blues for them.