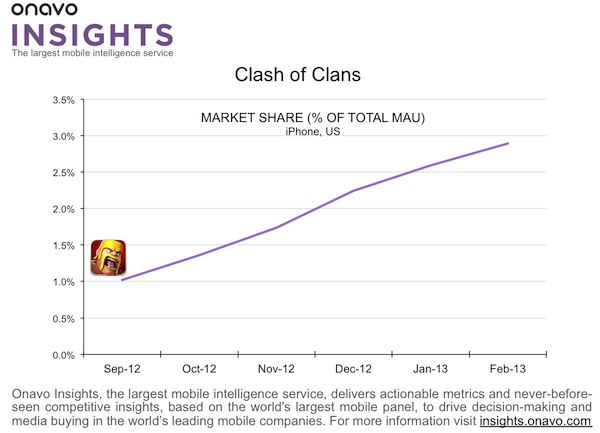 Clash of Clans, the title that’s made Finland’s Supercell the new darling of the mobile gaming industry, has doubled its marketshare among U.S. iPhone users over the last six months, according to Onavo, an app tracking company that can actually see active usage. The data is part of a monthly report Onavo does on winners and losers in marketshare — which is defined as the percentage of U.S. iPhone users who open an app at least once in a 30-day period.

The last time Supercell publicly shared its revenues was last fall when it said it was pulling in $500,000 per day about five months ago — when Clash of Clans’ marketshare was one-third of what it is now. But from sources in the industry, we hear that figure is much higher now, in the $1 to $1.3 million range per day. Generally, the top grossing games are doing about four times what they were pulling in a year ago. With the iOS base of devices growing, we could see a $2 million per day for a single developer by summer. The big question for a lot of observers in the industry is if and when Supercell will raise a massive funding round off the back of its success.

Meanwhile, the bootstrapped husband-and-wife team at Imangi looks like they are making a successful sequel transition with Temple Run 2 picking up market share where the original game left off. Sequels can be pretty risky for studios if they’re not executed properly because they cannibalize players from the original. And if the sequel isn’t good at retaining users, then the entire franchise can suffer. 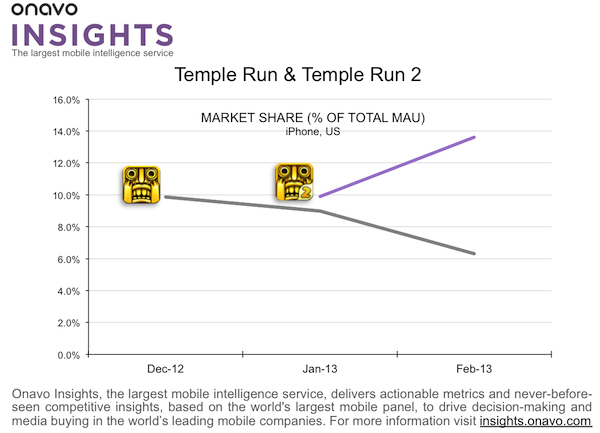 EA Popcap’s Plants Vs. Zombies also made a big comeback this month after the company made the paid title free. Many developers behind the older, popular titles on iOS from several years ago are making their original games free. Rovio just made the original Angry Birds game free this month. Perhaps it’s a bid to rekindle interest in these games, or perhaps it’s a recognition of the huge shift in the industry toward free-to-play games. 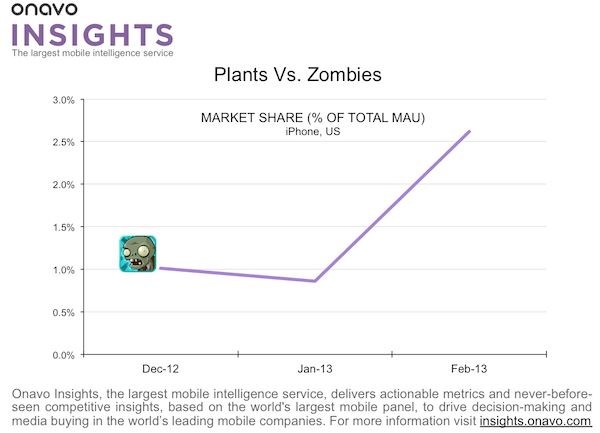 More midcore games are also climbing in active usage. Phoenix Age, the quiet studio behind Castle Age HD, saw its title triple its marketshare over the past month. The developer, which often has titles in the top-grossing charts, hasn’t publicly announced any funding to date and is based out of the San Francisco Bay Area. 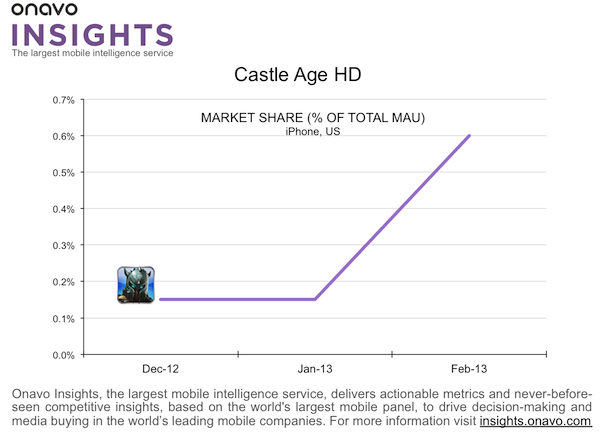 Meanwhile, Ruzzle, which grabbed a super-high 7.5 percent of U.S. iPhone users in January plateaued. The game from the Stockholm-based developer MAG Interactive kept its marketshare even after growing enormously in January. 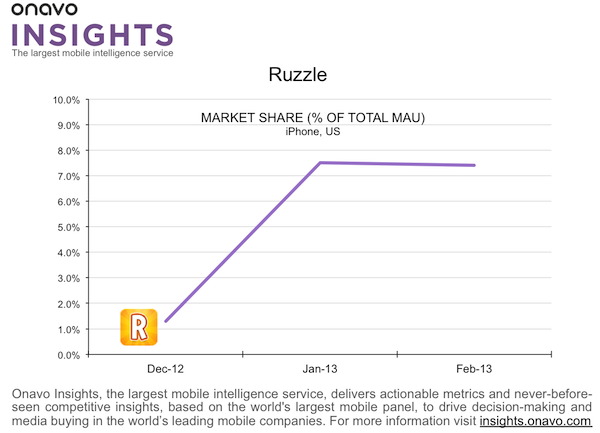 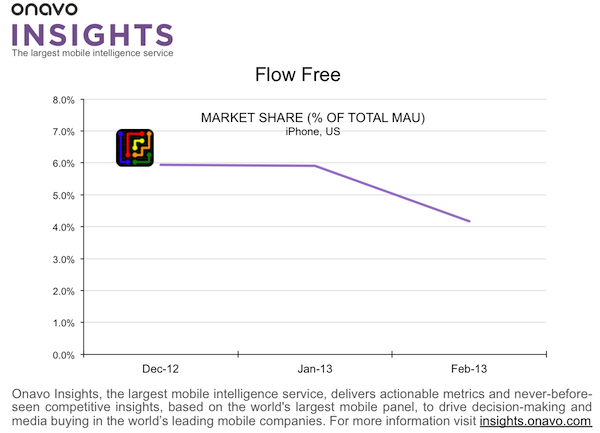 Onavo is a Sequoia-backed company that has a couple consumer facing apps that monitor data usage. Because their apps have several million users in the U.S., they can take that data in anonymous, aggregated form and estimate overall usage of third-party apps.