Julie Uhrman, the CEO/Founder of the smash Kickstarter-project-turned-gaming-console known as OUYA, was the third keynote speaker at SXSW Interactive 2013. Interviewed by The Verge’s Joshua Topolsky, the two dove in the intricacies and challenges of crowd funding and creating a new hardware startup.

For the uninformed, OUYA is a $99 gaming platform/console — based on Android OS — that is an alternative to major gaming platforms by Nintendo, Microsoft, and Sony.

As the conversation began, Julie and Joshua discussed how games and gaming are changing and that OUYA wants to make it possible for developers to bring many more kinds of games to the living room.

To that point, and as an entertainment lover, Julie found that they she was playing games on her mobile phone all the time. Then she and the team asked “Why not bring that mobile gaming experience back to the television?” People can have a great experience on a touch device, but its not the same experience as playing on TV. Additionally, games shouldn’t be as expensive as they are.

The company actually began before the Kickstarter campaign but money was difficult to raise. They turned to crowdsourcing and actually raised $1 million in 8 hours 22 min. It was a great start, and now have reached more than $8 million.

As to the difficulties of being a hardware startup, Julie noted that before jumping in they really did a massive amount of research with users first to see if there was adequate demand for a platform like the one they created.

Once they found out there was demand, it was very important to focus on the product design. And again, user feedback was super important. She flew to Taiwan. She researched competitors. The thing to take away is that they did an enormous amount of research before trying to bring the product to market.

To that end, Kickstarter backers get their units at the end of March, but the company plans to keep the relationship strong with audience and listening to what they like and don’t like in order to fuel needed changes in the platform.

Furthermore, Julie also mentioned that the hardware is not unique. The goal wasn’t to create specific hardware but to build a unique experience.

Toward the end of the conversation, Topolsky noted that Halo and Call of Duty are vast, immersive experiences and wondered how Ouya will be able to deliver similar experience on lesser hardware – Tegra 3.

Julie’s response, was that they are not going to try to have the exact same experiences, they are aiming for different, creative, exclusive content. The experience can still be awesome and you have the benefit of try-it-before-you-buy-it, she said.

But at the end of the day, Julie would like OUYA to be on every Television. “I would love it to be built into televisions and I am talking to everyone about that.” It’s a bit easier, obviously, to offer a bit of software than a hardware project – a fact that Ouya may soon discover as they begin shipping and supporting their hardware. 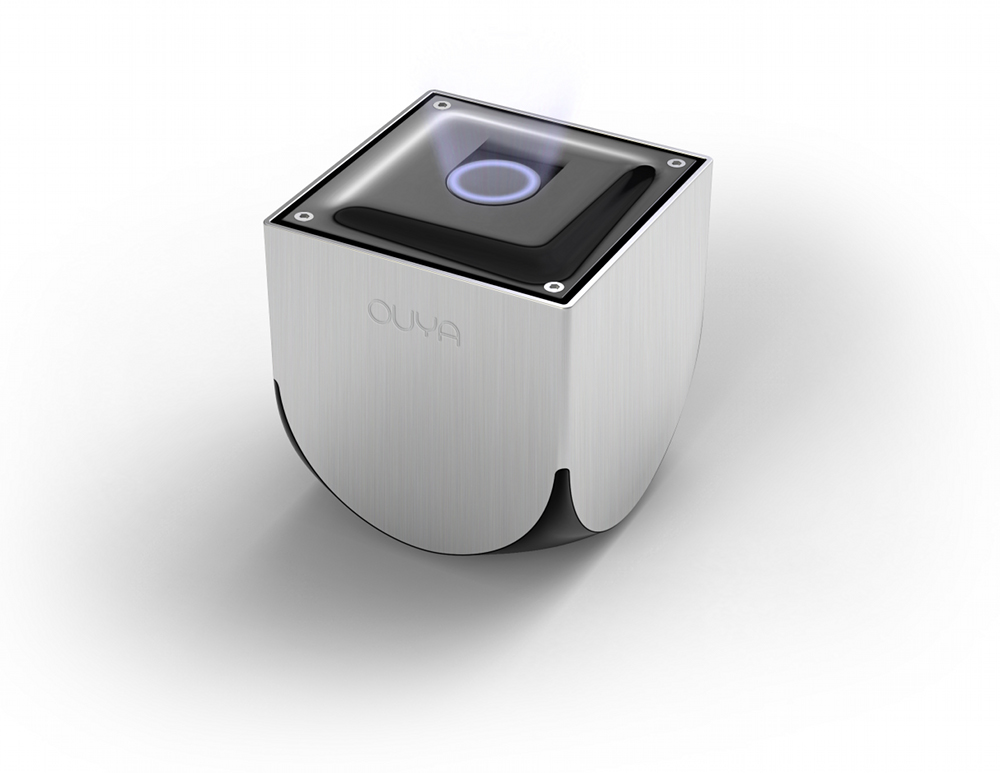