Someone in DC thought they had snuffed out an official Republican report on radical intellectual property reform by convincing the authoring agency to erase the document from the Internet and fire the staffer charged with writing it. The shadowy politicking backfired. The young fall-boy, Derek Khanna, instantly became a front-page living martyr against the entertainment and telecommunication lobbies, who have long been villainized for pushing aggressive anti-piracy laws at the expense of innovation.

Just 3 months later, Khanna led a massive 100,000-person petition to give consumers more rights over their cell phone carriers, convincing the White House and Congress to publicly prioritize consumer choice and uphold the principles first laid out in the now non-existent committee document. A day later, legislation was introduced to codify the White House’s support into law, with an official hat-tip to Khanna.

Working on leg to unlock your mobile phones. It is a freedom issue. You own the phone, you should be able to unlock it. .@DerekKhanna

“They sought to ‘silence’ him by firing him, but it just brought him more attention and gave him a much, much more powerful voice in the digital grassroots movement,” says Mike Masnick, intellectual property expert and founder of the popular tech policy blog, TechDirt. “To then have him so quickly achieve a big (and unexpected) success with the mobile phone unlocking petition really highlights the difference between the old way of thinking about these issues, and the new way. The old way is to focus on “punishment.” The new way recognizes the power of openness and connectivity — and when those two things clash, the new way will win almost every time.” 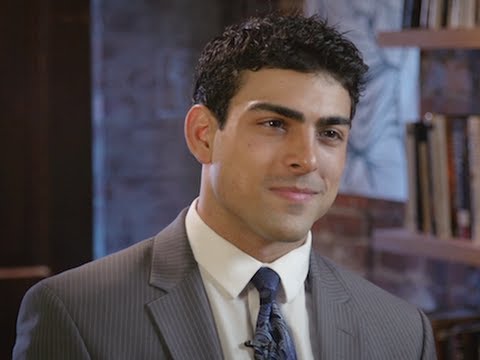 The 25-year-old Republican was commissioned by the Republican Study Committee, a conservative policy think tank inside the House of Representatives. Contrary to the views of organizations that support hawkish intellectual property protection for artists, such as the Recording Industry Association of America (of Napster lawsuit fame), the official report sought to expose “Three Myths about Copyright Law and Where to Start to Fix it”.

Leveraging conservative free-market dogma, the report argued that “copyright violates nearly every tenet of laissez-faire capitalism. Under the current system of copyright, producers of content are entitled to a guaranteed, government instituted, government subsidized content-monopoly.”

Critics of the copyright status quo like to point to Amazon’s attempt to patent the ‘one-click purchase button’ as examples of overreaching patents that grant legal protection for obvious innovations. Unlike physical property software isn’t scarce; Amazon and every other online retailer can use the exact same button at the exact same time. A truly limited approach to government, implied the report, would let Amazon and its online competitors duke it out in the free market, without the intervention of a court.

The bold report grabbed headlines, “An Anti-IP Turn for the GOP?” read The American Conservative. Before anyone could say “principled change of mind,” the RSC yanked the report from its website and issued an official apology. “Yesterday you received a Policy Brief on copyright law that was published without adequate review within the RSC…I apologize and take full responsibility for the oversight,” wrote Executive Director, Paul Teller. Like the now non-existent document, Khanna was conveniently informed his contract would not be extended.

The RSC has been conspicuously silent about the whole ordeal, “I was told to write-up a report on this issue which I did. The report was read by several people in the office and approved by the normal channels,” recalls Khanna, in an email to TechCrunch. Teller, himself, “reviewed, edited (I still have the edits), and approved the memo.”

Khanna won’t comment who lobbied to have him scapegoated, but The Washington Examiner reports that it came from noted content-industry friend, Representative Marsha Blackburn (CrunchGov Grade : F), who has been given more money by the music industry than any other Republican congressional candidate, according to the Center for Responsive Politics.

Blackburn’s office has not returned our request for comment (one would think that a Congresswoman would jump at the opportunity to dispel a rumor, if it were false).

While we don’t know why he was let go, we do know the fallout. Khanna became a political leper. I personally saw a congressman resolutely reject his inquiry about job opportunities during a casual conversation at a tech conference.

Undeterred, the banishment convinced Khanna to go rogue with his open-information message. Naturally, he turned to the press. He penned an Atlantic op-ed, “The Most Ridiculous Law of 2013 (So Far): It Is Now a Crime to Unlock Your Smartphone“, which has received a whopping 58 thousand Facebook likes (probably snagging the story somewhere north of 1 million views). 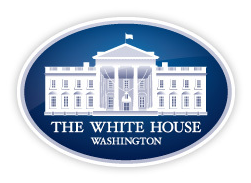 Fueled by the attention, he loaned his newfound celebrity to Sina Khanifar, whose petition was gaining steam to have the White House overturn a ban on unlocking cell phones. For those unfamiliar, modern copyright policy extends to the electronics that people already own. Users fed up with AT&T’s notoriously bad iPhone service had found ways of “unlocking” the software to allow the phone to operate with a different carrier. Unexpectedly, the Library of Congress, which for 6 years had exempted the practice of unlocking phones from copyright laws, had a change of heart this year.

Their grassroots duo had succeeded where many had failed and met the White House’s new petition threshold of 100,000 signatures for receiving an official response. The White House, rather than give a convenient pro forma answer and diplomatically side with a fellow executive agency, came out swinging with a bold declaration of support for the petitioners.

“The White House agrees with the 114,000+ of you who believe that consumers should be able to unlock their cell phones without risking criminal or other penalties,” wrote White House SEnior Advisor, R. David Edelman. “If you have paid for your mobile device, and aren’t bound by a service agreement or other obligation, you should be able to use it on another network. It’s common sense, crucial for protecting consumer choice, and important for ensuring we continue to have the vibrant, competitive wireless market that delivers innovative products and solid service to meet consumers’ needs.”

Perhaps Unbeknownst to content lobbies, the Obama administration is chock-full with open information advocates cut from the same cloth as Khanna and Khanifar. After Obama’s groundbreaking social media campaign, many staffers (and friends of staffers from the Internet industry) had jumped on board to make government as information-friendly as the campaign had been.

Even the White House petition platform itself, WeThePeople, was the brainchild of tech-geeks that Obama had created special positions for to make his administration more participatory. While the Administration does have an occasional habit of giving glib, press corps-style dodges to some petitions, such as one that asks the federal government to legalize Marijuana, it’s been unequivocally bold in its support of open-information.

Just last month, in response to a petition, it allocated a hair-raising $100M to help federally funded research be freely accessible online, rather than gated behind expensive for-profit journal databases.

Khanna had tapped into a little-known vein of like-minded advocates in the White House. Ironically, it was his secretive firing that connected and empowered the two groups through a new, very public combination of blogs and online tools. Individually, Khanna never would have gotten steam if he hadn’t become a martyr, and the White House wouldn’t have dared to give policy prescriptions without overwhelming public support and a mandated response. 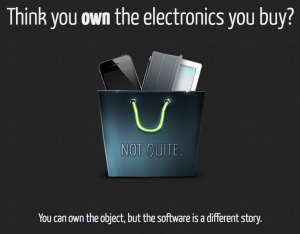 Khanna isn’t done yet; his next act partners with well-known tech policy advocates, such as consumer watchdog, the Electronic Frontier Foundation, to initiate sweeping copyright reforms. The coalition launched a new movement to effectively end much of the discretionary authority given to government agencies, like the Library of Congress, through a law that stands as a pillar of modern-day digital copyright, Digital Millennium Copyright Act.

The Library of Congress has already rejected the White House’s pronouncement, and it will surely be joined by powerful content lobbies. Khanna and co are up against deep-pocketed, highly connected groups and their campaign is no longer flying under the radar.

The fight will test the mettle of grassroots activism. Regardless of the outcome, this digital David never would have had a chance against lobbyist Goliath were it not for a coalition of geeky officials and online tools that turned a fired staffer into a powerful voice.