Matt Turck, a co-founder of Bloomberg Ventures, is joining FirstMark Capital as a managing partner where he will bring his entrepreneurial and operations experience to the high-profile and successful early stage, technology focused venture capital fund.

FirstMark is one of the fast rising venture capital groups that has a deep focus on working closely with entrepreneurs to build out their operations. It’s an important distinction as it is a departure from the more traditional, hands off approach of older, more established firms.

The approach seems to be working. The group raised $225 million in December 2011. It is the firm’s second round. The New York based group has a number of well-known startups. It was the first venture capital group to invest in Pinterest. 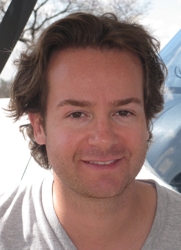 Turck brings experience as the founder of TripleHop, a startup he eventually sold to Oracle in 2005. After the acquisition, Turck stayed with Oracle, learning how operations works for a big enterprise software company. That job included managing and launching products brought in through acquisitions.

At Bloomberg he became an investor and helped start companies, which FirstMark cites as experience that makes him well-suited for his new role at the venture group.

Turck is perhaps most recognized for starting the Big Data Meetup, now with 2800 members. The group meets monthly, usually attracting 250 to 300 people.

The group is testament to the focus Turck will have at FirstCapital. The data infrastructure market is significant but Turck’s deeper interest is in the next generation of big data apps that are emerging. These are apps that are disrupting almost any market imaginable. They are services such as ZestFinance, which uses machine learning and large-scale big data analysis to better determine credit risk.

Turck said in an email today that he focused on developing an innovative focus at Bloomberg, launching businesses in new areas such as education, conferences and data markets:

So I loved it there, but at the end of the day I prefer smaller, more nimble structures and FirstMark Capital, in some ways, is still in startup phase itself, which I find very exciting.

I spoke yesterday with Turck, who said a big part of his focus will be on these big data apps. But not apps that are just about the data. More so, apps that use data to get actionable results.

There’s a distinction there. It’s about using data in some ways that Bloomberg uses it. These are apps that analyzes disparate forms of data and with that provides a deeper level of data visualization for the end user.

But if there is a focus on apps, then what about developers? Turck said a new a new culture is building in New York around big data that will give some pop to startups and define what he calls “Silicon Alley 3.0.” From the late 1990s to about 2003, media and advertising technologies defined New York’s tech scene. That was followed by themes around e-commerce and social. The 3.0 movement will be defined by data driven companies.

He said New York has the people for this new startup movement. The financial services market has its roots in New York and with enough developers to form an army. Add to that the efforts underway at Columbia University to start a new school of data. New York University has similar efforts underway. Cornell University is opening a New York campus and is expected to have a focus on data initiatives.

Overall, this move says a lot about the important role New York will play as data becomes more critical to the way we live and work. It’s people like Turck and firms such as MarkCapital that will play a defining part in how this new data economy unfolds in New York and the rest of the world.