Answering “What should I do this weekend?” just got a whole lot easier. 955 Dreams is following up its hit Band Of The Day with the launch of Applauze. The app helps you discover nearby events, then RSVP or buy tickets even if they’re sold out. With a fresh, rubbery interface and tons of concerts, sports and street festivals in 20 cities, Applauze makes it fun to find reasons to leave the house.

Event discovery is the new photo sharing — a space that’s rapidly becoming crowded. Success won’t be easy for Applauze, but luckily it has some natural advantages beyond its $3.25 million in funding from 500 Startups, m8 Capital, Kapor Capital, Felicis Ventures, CrunchFund, and James Joaquin.

Not Starting From Scratch 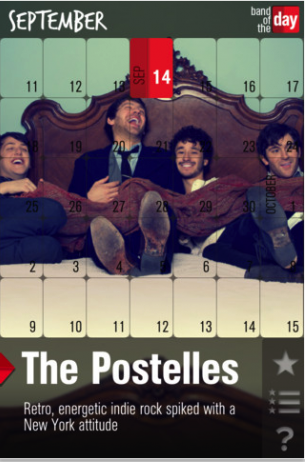 First, this isn’t 955 Dreams‘ first app. It’s 12-person team built the beautiful Band Of The Day, which exposes users to the music and backstories of upcoming artists. BoTD was named Apple’s “App Of The Year” runner-up to Instagram in 2011, and has 4.6 million downloads to date. So 955 Dreams knows how to build something appealing, scale, and maintain a great relationship with Apple, which plans to feature Applauze in the App Store for the next week during SXSW.

Most event apps suffer from a lack of events because their fledgling developers find it tough to find venues and promoters who’ll take them seriously and partner with them. Without a steady stream of events, it’s tough to recruit or retain users. Those 4.6 million BoTD installs help Applauze with both of those problems. It has a big audience to cross-promote to, so it can fire off an ambitious launch today in Austin, Boston, Chicago, New York, Los Angeles, San Francisco, and more than a dozen other U.S. cities. It also has enough clout to have signed on 200 to 300 brokers of sold out tickets, and a bunch of venues like The Roxy in LA where Applauze gets early access to tickets and users get VIP treatment like free drinks, skipping the line, and backstage access.

Welcome To A Life Of Leisure

Open up Applauze and you’ll get a personalized feed of local events splayed out in big, colorful tiles that show an event’s main attraction, venue, date, time, distance and price. Scroll down and you’ll notice what 955 Dreams CEO Kiran Bellubbi calls a “revealing list” interface. Each successive panel stretches from a thin sliver to take up two-thirds of the screen when it gets to the top, giving you richer views of each without the typically jarring transitions between full-screen images. You’ll start by seeing all types of opportunities for fun in your city, but you can filter to just see music, sports, theater or community events. A Nearby feed shows only events close to your neighborhood; Hot displays the most popular stuff; and Soon finds you something to do tonight.

Tap into a comedy show, free zoo admission, or dance music club night for more details. Applauze double checks the price, and if the show is sold out, it patches through tickets from brokers on sites like StubHub, making it as easier to buy than if you were on the venue’s site. The app gives you a couple of chances to confirm your purchase and sends you a push notification as soon as payment goes through so you can confirm that you got the tickets.

Applauze then recommends a couple of nearby Facebook friends to invite, or you can search for any buddies to suggest the event to. You can even chat with them in Applauze to coordinate who’ll buy the tickets. You can also share events via Facebook, Twitter, email or SMS.

Will It Move Us?

I’m a confessed event junkie. I go to well over 100 concerts and music festivals a year, and attend everything from poetry readings to breakdance competitions. But most event apps disappoint me. They either don’t have enough events or only have mediocre ones. Applauze surprised me by actually surfacing events I’d want to go to, and would be willing to pay a premium to attend if they were sold out. It had about 65 solid events listed in the next month in San Francisco, ranging from free museum admissions to cheap indie rock shows, beer pong exhibitions to epic arena rock concerts. 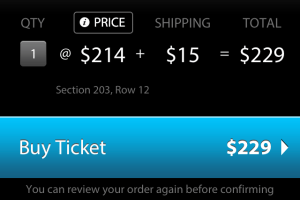 Applauze does a remarkable job of having events for everyone, including classical concerts for mom and pop to Yo Gabba Gabba stage shows for the kids. Browsing events is actually exciting, while buying tickets felt simple and secure.

“Painless” is the word Bellubbi kept saying when I asked why Applauze was special. With most concert ticket sites or event apps, you don’t know if a show is sold out until right before you pay. The question is whether users are willing to pay a premium for the convenience. Applauze marks up both the paid and sold-out events, earning a percentage of the total ticket price.

Bellubbi thinks so, and has big plans for Applauze. He wants to launch internationally, and eventually offer more experiences including movie tickets, prix fixe dinners, and high-end things to do like helicopter tours.

There will still be plenty of challenges. Attracting users, keeping them, engaged, and maintaining the quality of the events. There are also strong competitors like WillCall and Thrillcall.

Event goers break down into two categories. Those who go to just a few a year and are willing to swallow the price for a great experience, and adamant attendees always on the lookout for fun who’ll do anything to see their favorite acts. Applauze serves both, and in an age when people pay a premium for shoes through the mail and on-demand labor, this app could make seeing a concert as easy as ordering an Uber.