Open Garden, one of the finalists at TechCrunch Disrupt New York last year, just launched the newest version of its Android, Mac and Windows app that makes sharing your mobile Internet connections even easier. In many ways, this 2.0 release, which the company presented at the Launch conference this morning, fulfills the promises Open Garden made when it first launched.

The new version, for example, now automatically creates a mesh network between all the Open Garden-enabled devices within reach and automatically picks the fastest connection to route traffic. If one phone is connected to Wi-Fi, for example, other phones can then use this connection to offload their 3G and 4G bandwidth through this one phone or laptop (or even multiple devices to increase the bandwidth available to all devices on the network).

Since its launch last year, the Open Garden app has now been installed over 2.1 million times, the company’s CEO and co-founder Micha Benoliel told me last week from the company’s offices on Treasure Island. Until now, Benoliel said, the app was mostly being used for sharing mobile data. The new version changes this in his view. Now, the app really allows you to crowdsource connectivity. 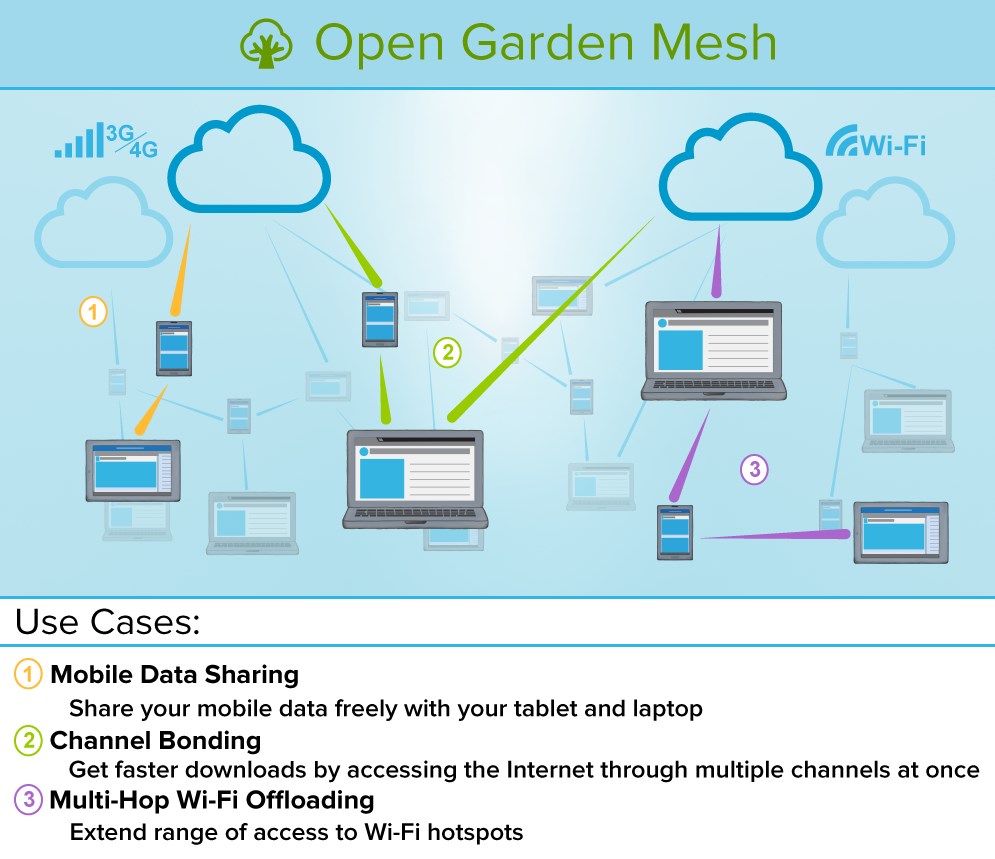 The new version can also create a multi-hop network, meaning there could be multiple phones or laptops in between you and the final Internet on-ramp on the mesh network. In previous versions, users had to connect directly to the device that provided the actual Internet connection. Using its so-called “gossip” feature, all the devices in the mesh are now aware of the other phones, laptops and desktops with Open Garden around them, which makes for a smarter network and also ensures that the mesh is very reliable and can route traffic faster.

The company is already talking to a number of carriers, though Benoliel wasn’t ready to disclose any details about these discussions yet. Not all of the carriers, of course, like the idea of Open Garden, given that it allows you to circumvent their own mobile hotspot features. AT&T, for example, continues to block the service. Open Garden, however, believes that its service could be a boon for carriers. “As the public accesses more data-centric and bandwidth-intensive applications, delivering that video content will become an increasingly bigger challenge for mobile operators. Consumers will blame carriers if their video quality is subpar,” Benoliel said in a statement today.

Besides the carriers, Open Garden is also talking with the automotive industry. For car manufacturers, Benoliel argued, Open Garden could offer a kind of asynchronous telemetry service that could use a driver’s phone to cache data on the phone and then send it to the car manufacturer when it’s on a Wi-Fi network. In addition, an Open Garden-enabled car could also just use a driver’s phone to provide Internet access to on-board apps. 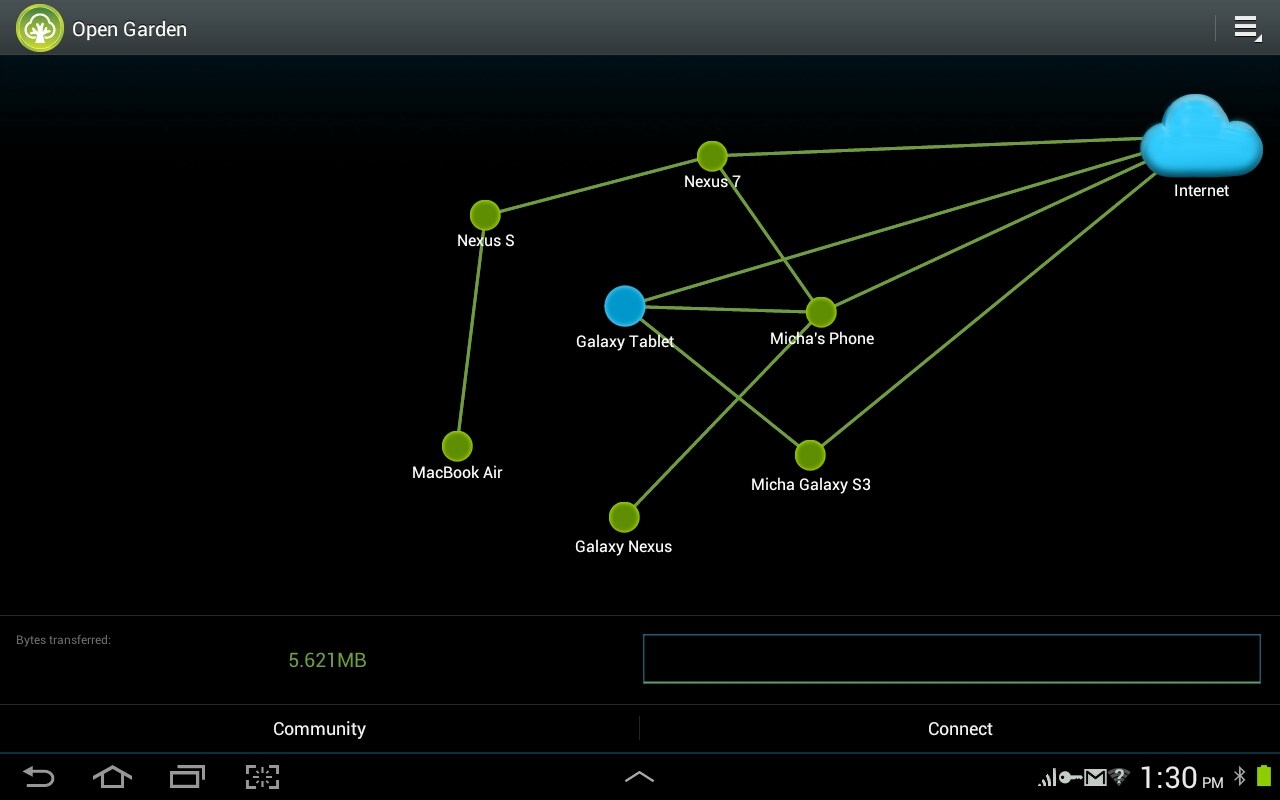