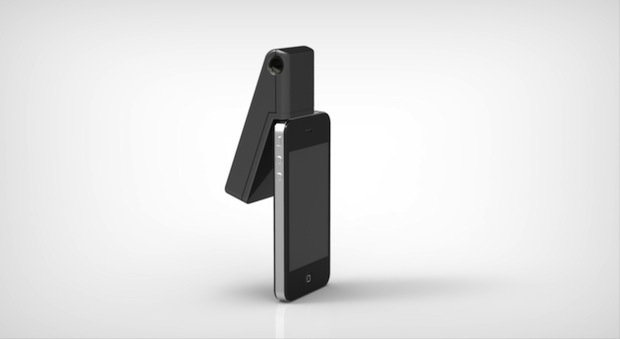 Last Saturday, I got sauced for purely journalistic purposes: I had to test out what could be the first law enforcement-grade iPhone breathalyzer accessory. It was also Purim, the delightful Jewish holiday that celebrates my people’s liberation from yet another anti-semitic tyrant with dancing and a lot of alcohol.

Alcohoot, an iPhone accessory that plugs into the phone’s audio port, wants to make accurate breathalyzers more affordable (at only $95) and seamlessly integrates with other notable smartphone apps, like on-demand car service Uber. If a user on the verge of drunk texting their ex-girlfriend while driving home blows over the legal limit, Alcohoot wants the software to seamlessly call the sad sack a discounted cab. With over 10,000 impaired driving deaths in 2010 alone, any technology that connects responsible drinking to the viral nature of iPhone software is a welcome addition to society.

Even without the potential software integration, the Israeli-based startup’s breathalyzer has an attractive price-point. While keychain breathalyzers go for the low-low price of $70, a Wired review found that they were extraordinarily inaccurate. Fuel-cell-based measures–the same used by police–will set responsible citizens back over $250. Alcohoot expects to hit the retail market for only $99.

Yet, what’s really attractive about the concept of an iPhone-based breathalyzer is the social integration. For starters, the slick interface is fun to pass around. I and my other ancient Hebrew descendants were eager to pass around Alcohoot and see how drunk we were. The device promotes sobriety awareness without the buzz kill of sending a grown-up hall-monitor to dish out guilt.

Second, the founders hope to partner with car services, such as Uber, Lyft, or SideCar to offer blitzed users a discounted, convenient ride home. Imagine blowing into and Alcohoot, unexpectedly realizing you’re much drunker than you thought, and then being asked if you’d like to accept a discounted Uber? Psychologically, it’d be much harder to pass up the responsible decision, especially if you could automatically brag on Facebook for making the ethical choice.

The breathalyzer prototype debuted at a meeting of the Kairos Society in New York, an annual gathering of socially oriented young entrepreneurs. I go to a lot of startup pitch conferences, and Kairos had an impressive array of members. In addition to Alcohoot, the conference included a Dreambox, a 3D printing vending machine, Virtual U, a retail-based, full-body scanner that sizes up consumer body measurements for online shopping, DiagnoseMe, at-home kit for detecting serious illness through sweat, and Sword & Plough, stylish bags made by veterans from recycled military materials.

Alcohoot plans on releasing a tuned-up version sometime in the near future (mockups below). But, the product is still developing. Brainstorm below: how else could a smartphone-connected breathalyzer promote safe driving? 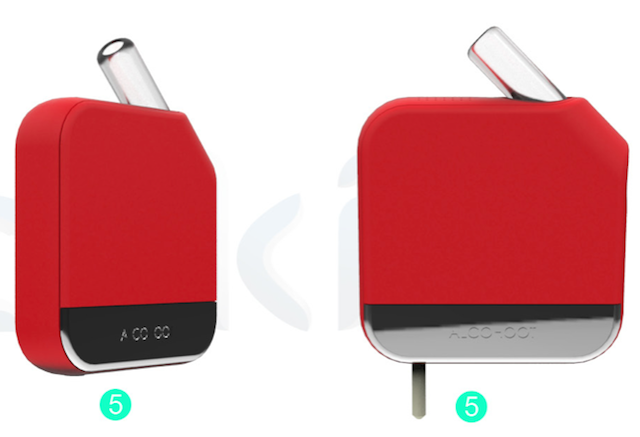