Farfetch, a London-based online marketplace for independent boutiques, has raised another $20 million, led by a new strategic backer, the fashion publishing powerhouse Conde Nast, along with participation from existing investors Index Ventures, Advent Venture Partners and e.ventures. 2013 is shaping up to be a big year for Conde Nast in the world of European e-fashion investments: this is the third investment announced in the last month, with the first two coming out of the Conde Nast Germany subsidiary, for online jewellery shop ReneSim, and online designer shop Monoqi.

In both those cases, the amount of the investment was not disclosed, although TechCrunch understands that it is significantly less than the Farfetch round, which is Conde Nast’s largest investment to date outside of the U.S., with Farfetch also having a considerably more global focus across Europe, Asia and the U.S. These are not the company’s first e-commerce investments. In November 2012, it also participated in a $20 million Series C round for Rent the Runway.

The new investment in Farfetch — which has now raised $44 million to-date, after raising $18 million a year ago — was first reported in the New York Times, and we have confirmed the details of the story with Advent partner Frederic Court. The investment is expected to be formally unveiled tomorrow. Court describes it as “effectively a Series C,” although a valuation is not being disclosed.

Update: And in true old media fashion, the investment has now been formally announced by Conde Nast itself, some 15 hours after the news broke. The investment will be used for Farfetch to enter into new markets (geographical and otherwise). José Neves, founder and CEO of Farfetch notes: “This investment will fuel our entry to new markets while assisting our growth in existing ones. Our goal to build a unique curated global franchise in online designer fashion is brought several steps closer through the exciting involvement of Condé Nast.” The announcement was made by Jonathan Newhouse, chairman and CEO of Conde Nast International, a part of Advance Publications. (Original article continues below.)

As with the previous investments in Monoqi and ReneSim, this is a signal of how Conde Nast is looking beyond being a content portal, and playing further in the area where fashion has seen the most activity online — in e-commerce. Fashion magazines in Conde Nast’s stable — which include Vogue, Glamour, GQ, WWD and more — already have a close relationship with commerce: they are focused on presenting to the world the latest in fashion and provide a guide to consumers on what to buy.

In that sense, getting involved in the actual business of e-commerce closes the loop. E-commerce potentially also provides another, complementary revenue stream alongside advertising and paywalls for Conde Nast. It could also help it potentially compete better against sites like Fancy, Lyst and many others that already offer consumers not only a place to discover fashion, but buy it, too.

“We were thinking of raising money and were having a dialog with Conde Nast for a while, and could see a lot of synergies,” said Court. “The main one is that they understand fashion very well and we don’t have any conflict of interest, which might have been the case if the investment came from a particular brand or manufacturer.”

But that’s not to say that this investment will be anything other than purely financial in its early stages.

Jose Neves, the founder and CEO of Farfetch, also confirmed to the NYT that the two companies had been speaking for a year, and, instead of talking up what kind of e-commerce fruits Farfetch could bring to Conde Nast, emphasized what Conde Nast brought to Farfetch.

Conde Nast, he told the paper, was “very much about news and newness in term of fashion discovering new and emerging talent.”

“Right now we haven’t really discussed what they will do in detail,” said Court. “This is essentially a financial investmet from an investor who can clearly build synergies.”

The big question is whether e-commerce investments will prove to give good yields to media companies like Conde Nast in the future. Companies like News Corp have invested in the e-commerce end of online content in the past, and on the other side, companies like Amazon have become more involved in content creation and publishing.

Farfetch’s main business to date has been to build out a marketplace and platform for independent boutiques — some 250 at the moment — to show off and sell their goods online. This means that Farfetch itself doesn’t hold any inventory of its own, and behaves more like an aggregator and service provider — providing a selling and payment platform, the ability to bring in traffic to a smaller boutique, as well as packaging and logistics. That makes it the kind of business you could see competing with the likes of eBay as well as Amazon, along with a number of smaller, independent players.

The company’s annual runrate right now, TechCrunch understands, is $129 million and growing at close to 150% year-on-year (although that is actually down from the rate Farfetch provided last year, of 204%. It also recently saw its first $1 million day in terms of sales. Farfetch does not disclose the commission it takes on sales made through its site but says that it is not as high as the 30/70 split we tend to see around digital content.

The NYT further notes that Farfetch, which was founded in 2008, aggregates in total some 82,000 products across those boutiques and has 150,000 customers in 140 countries, who spent $680 on average per order. 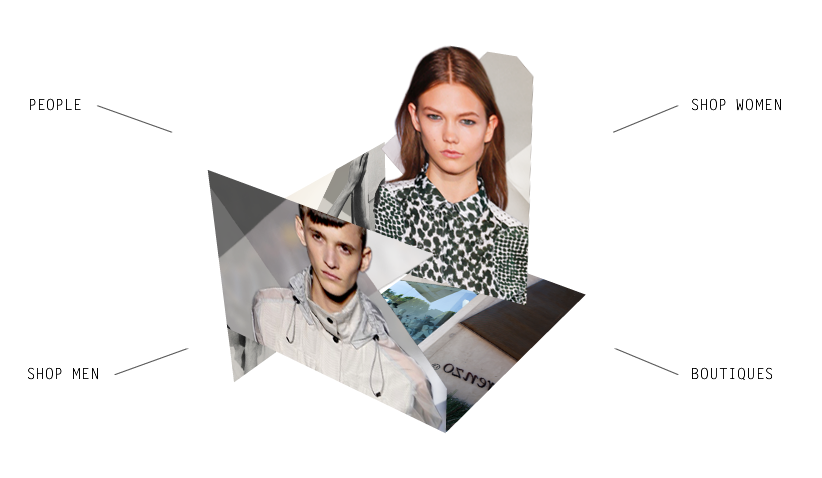