The German Bundestag passed an addendum to the country’s copyright laws earlier today, the so-called “Leistungsschutzrecht,” that allows publishers to charge aggregators and search engines for the content they index and re-publish on their sites and in their apps.

An earlier version of the ancillary copyright law would have meant that Google, Google News and other aggregators and search engines would have had to pay, even if they just displayed “single words or very small text excerpts” from copyrighted text. Before passing the law, however, the Bundestag watered it down considerably and now allows for the use of snippets.

Sadly, though, as Der Spiegel reports today, it’s unclear how the law actually defines the word “snippet”; the current assumption is that everything up to about 160 characters would still be okay.

A number of German publishers lobbied their government to push the stronger version of the law, but the government decided to at least make the law compatible with the way Google currently indexes and displays snippets. Thanks to this, Google will likely not have to pay for uses of text up to about 160 characters. Startups and aggregators like Flipboard and others will likely have to reconsider how they use texts in Germany or start paying a license fee (content older than one year is excluded from the law). 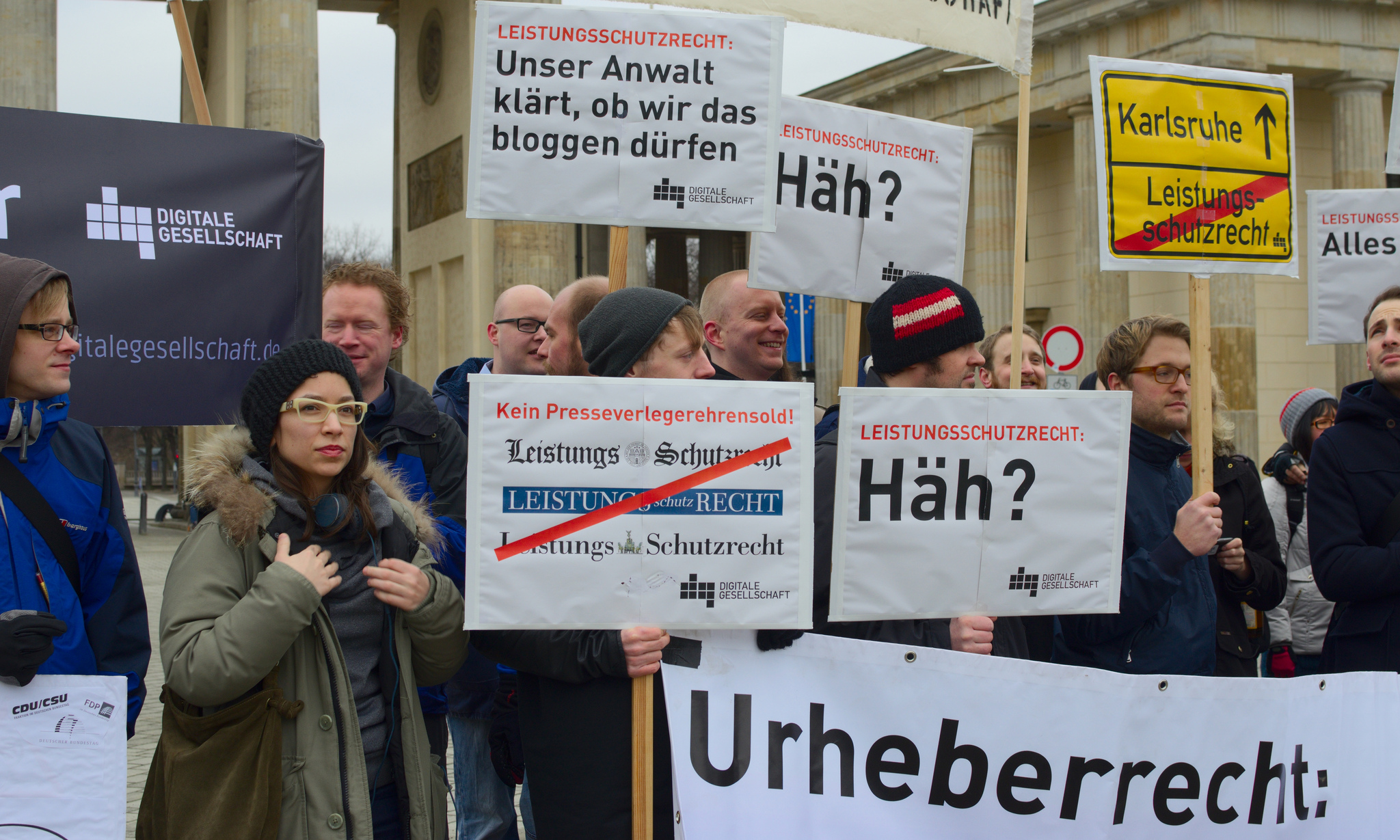 A Google spokesperson told Der Spiegel that the company thinks the new law is “neither necessary nor useful” and that it will only “hurt German Internet users and the country’s economy.”

The organization of German publishers, of course, is rather happy about the new law (though given that they do seem to be a bit behind the times, they would have probably preferred linking to their texts to be made illegal) and argues that it provides publishers with a framework for licensing their content to aggregators.

While the German newspaper industry is still in relatively good shape compared to the U.S., most of the publishers also know that the age of the printed paper can’t last. Just like most of their counterparts in the rest of the world, though, they struggle with finding new ways to monetize their online content. While they had originally hoped that Google could subsidize their operations through licensing fees for a while, chances are they will now have to sue aggregators and startups instead.

There is a very small chance that the Bundesrat (the upper house of the German Parliament) could still kill the bill. Most pundits, however, currently think that this is very unlikely.

Disclaimer: I built a small German tech aggregator that could’ve been affected by the original version of the law.