eBay-owned Svpply is debuting an Android version of its Svpply mobile application today, which brings its catalog of over 2.4 million hand-picked items from 110,000 stores to the Android operating system for the first time. The company, which was acquired by eBay in September, had first launched on mobile in May 2012, offering both iPhone- and iPad-optimized versions of its service.

For those unfamiliar, Svpply connects its members with friends from Twitter and Facebook, and offers a selection of merchandise sourced from around the web. The experience of using the app is very much like going “window shopping,” as it has a heavy focus on strong, visual content. Users can track the products they love, create galleries, and discover things their friends and others are also sharing with the community. When you find something you like, you can click a buy button – something that makes it a bit different from Pinterest, for example. And unlike semi-competitor Fancy, which targets the high-end, Svpply also features content at lower price points. You can even filter your recommendations by price range if you choose.

In November, the company also launched a companion mobile app called Want, which offers you a shortlist of things you, well, want, based on what you’ve been adding to your Svpply account. It’s basically like the company broke off its recommendation engine into a standalone experience. Want, however, is not a part of today’s Svpply for Android debut. 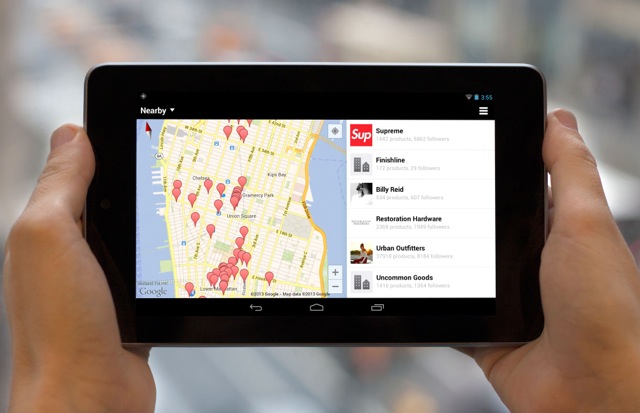 Now under eBay’s wing, the long-term vision for this company involves having Svpply bring more of its personalization tools to eBay’s sellers, by offering them more ways to extend their audience, and get involved in the Svpply community. A search for “eBay” on Svpply today shows that there are already a lot of products (11,165 at current count) from that larger online shopping site available on Svpply at present. This isn’t an official count, to be clear, but it’s easy to see how eBay could leverage this service as another way to encourage discovery and boost sales for its own merchants.