Asana, the high-profile productivity startup that’s trying to redesign the workplace around tasks (instead of email), has had an iOS app for five months, but had not yet debuted an Android app, even though half of its users are on the platform. Today, Asana is finally debuting a native Android app.

We’re told that the Android app, which was the most requested feature among users, has much of the same functionality as its iOS counterpart. In fact, the app itself looks similar in terms of UX and design to the iOS app. As co-founder Justin Rosenstein explains, spending time on focusing on iOS and a single platform allowed the company to figure out what worked best for the user experience and design of the app.

The app itself allows you to create, assign and edit tasks on the go. You can also add due dates, notes, tags, and followers, comment on tasks, set recurring tasks and search your Workspaces. 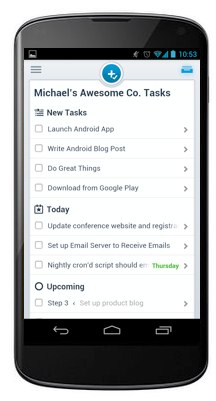 One of the key additional features, says Rosenstein, is full-functioning search, which allows you to search for everything a company has been tracking in the app, not just the tasks you have created or are tagged to.

To date, Asana has seen 40 million tasks created by tens of thousands of teams. As Rosenstein explains to us, Asana has become a “core backbone to how things get done internally,” not just for tech startups but even for non-profit organizations and businesses. 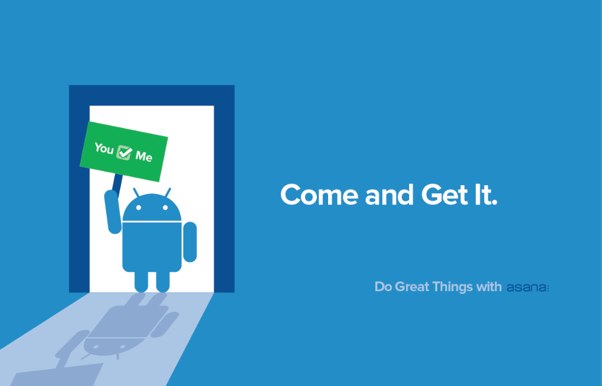