HP is late to the tablet game, but definitely not out. At $169, the HP Slate 7 is a sure thing. It’s a guaranteed win for HP even if it doesn’t outsell the competition.

HP just announced the Slate 7. There is nothing particularly special about it. It costs $169, has a dual-core 1.6GHz SoC, and a 16×9 display with a rather thick plastic bezel. In short, it’s a cheap tablet. Remove the HP logo on the backside and it’s just a random, generic tablet. And that’s fine.

At this point, HP as an established and trusted brand, doesn’t have to innovate; they just have to show up.

Despite its recent troubles, HP is still the largest personal computer maker on the planet. The company has held this title since 2006 after trailing Dell for four years. Lenovo might soon steal the title from HP, but that doesn’t diminish HP’s still-valuable brand. For most consumers, HP has, and will continue to be, a safe buy.

It’s not really hyperbole to say everyone has had problems with an HP computer. As the top-selling computer maker collectively over the last 15 years, it has had a long time to disenchant consumers. Everyone has an HP horror story. But despite this, the brand still sells more PCs than any other. A lot of people are still buying HP computers.

Who is Asus to the average Walmart shopper?

We all know the story. After years of little executive leadership, HP is floundering in the consumer market. PC sales are down. HP doesn’t have a mobile product. People are buying fewer printers. And, like Aol with dial-up subscriptions, a laughable chunk of HP’s revenue comes from printer ink.

Worse yet, HP’s enterprise hardware and services business is down, too. Still, even with these declines, HP managed to beat Wall Street’s expectations last quarter.

In short, the HP machine is slowing down, but even a slowed HP is a serious contender.

HP is ubiquitous. HP computers are sold everywhere from Walmart to Best Buy to every office supply store known to man. HP became the largest computer maker not because they made the best computers, but because of logistics.

Thanks to this vast distribution network, HP can get a $169 Android tablet in front of a lot of eyes with little effort. Then, once this tablet makes inroads, HP will likely follow its proven laptop strategy and release an upgraded model with a better screen, better specs and a slightly higher price tag. This model, or perhaps family of models, would provide an easy up-sell from the Slate 7. Want a better screen? Spend an extra $30 and get a faster processor, too.

The HP Slate 7 is HP playing to its strengths. This is HP moving units, not creating the next big thing.

Tablets are quickly becoming a commodity and selling beige boxes is what HP does best. At this point a budget tablet is a budget tablet. Our own Chris Velazco played with HP’s model for a few minutes and found it underwhelming. Well, yeah. It’s a $169 tablet. It’s not going to impress, but it doesn’t have to.

HP sat on the sidelines and watched Amazon and Google’s expensive race to the bottom, which created this market of cheap tablets. HP has never been a premium product; it knows how to sell boatloads of boring machines loaded with sponsored software to keep the cost down. HP’s first attempt at a consumer tablet failed simply because it attempted to be something special. It wasn’t a beige box. The HP Slate 7 shouldn’t fail. 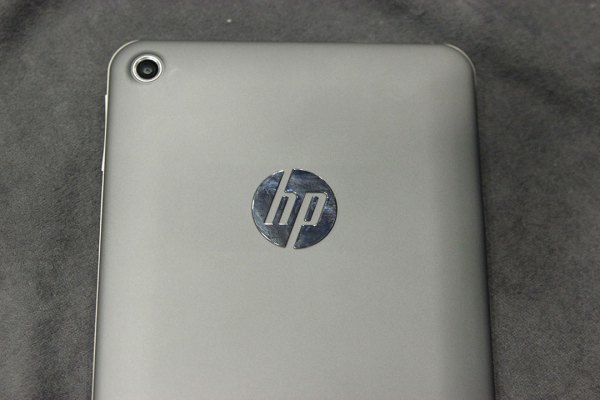