As I start my trip in India along with Dave McClure’s “Geeks On A Plane,” I am reading about all of the startups in India that are used to proving that the country is making inroads and is relevant. It’s a story that I’m very familiar with in emerging markets: a group of VCs and entrepreneurs that want to prove that India is worthy of time, effort and, more importantly, investment.

One of the companies that I had heard quite a bit about is called RedBus.in, a service that has standardized and centralized India’s bus system. Having been to India before, I kind of laughed at the notion of that being possible, even after having read Sarah Lacy’s fantastic piece about them from two years ago. This was supposed to be one of the “ones,” the company that is supposed to make the investment world make the pilgrimage to Bangalore, India, which is about 18 hours worth of flights away from Silicon Valley. 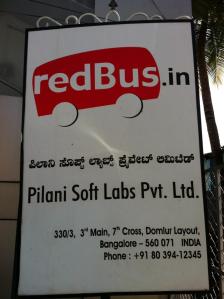 I visited the RedBus offices, which don’t seem to have changed much since Lacy described them, but I did notice something new. I spent time in India two years ago, so trust me on this. It was a sign that happily announced that RedBus was hiring. It doesn’t sound like much – maybe a sign that the company is growing – but it was my first signal that something very special was happening in these offices.

Our entire “tour” packed into RedBus’ conference room, and once we were introduced to the team it didn’t feel like we were in India. We were in a successful startup’s office, and they were about to matter-of-factly explain to us why and how they’ve disrupted a system in a country that had no business being disrupted.

Buses in India are a lifeline, along with manual and motorized rickshaws. There’s not much joyriding happening in this country; it’s very much a “point A to point B” proposition: A group of friends isn’t going out to a club; someone is going to the market to bring food back for the family. When it comes to travelling outside the city in which residents live, the bus is the only option.

If someone were to tell me I had to sit on a bus, even with a few rest stops, for 23 hours, I’d probably have something that looked and felt like a panic attack. Throw in the fact that I wouldn’t know where to get the bus, whether the bus would be on time or show up at all or how much I’d have to pay for it.

Yes, it’s a stressful situation, yet India’s billion residents do it daily. In India, you can’t pull up an app and have a nice comfy car come pick you up and take you somewhere for a rate that won’t make you poor for a month or more.

Everything you’ve ever heard about India from trustworthy people is probably true. It’s a country of hustlers, trying to pay rent, put food on the table and make a good life for themselves and the people that they care about. When purchasing one of these bus tickets in the past, the experience is similar to walking into Burger King, ordering a hamburger and then being charged whatever the cashier feels like charging you. If you look hungry and desperate, that burger might cost you 10 bucks. That couldn’t happen in the United States, yet it happens in India every single day.

That’s the situation that RedBus saw as an opportunity. Without any standardization of pricing or centralization of routes, fares and information about the bus fleets, India’s bus system ran like the rest of the country tends to – in complete chaos. 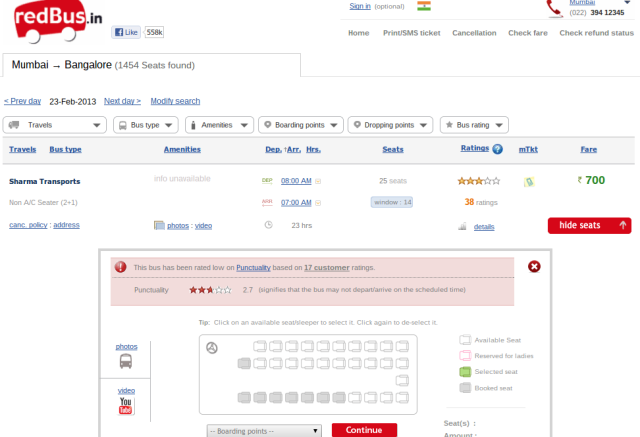 Sure, there was a massive opportunity to make money and control the show here, but I found that RedBus has other motives that make it a truly special company, whether it’s based in Mountain View or Mumbai. 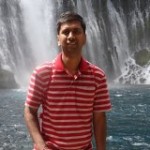 We were given a basic demo of RedBus and shown some pretty interesting statistics on how far they’ve come since launching six years ago. But the meeting wasn’t led by its CEO. It was led by its Chief Product Officer, Alok Goel. Goel spent roughly three years at Google in India, focusing on geo and local, as well as becoming the head of mobile search and products after spending fewer than two years there. The most interesting part is that Goel joined RedBus in October of just last year. 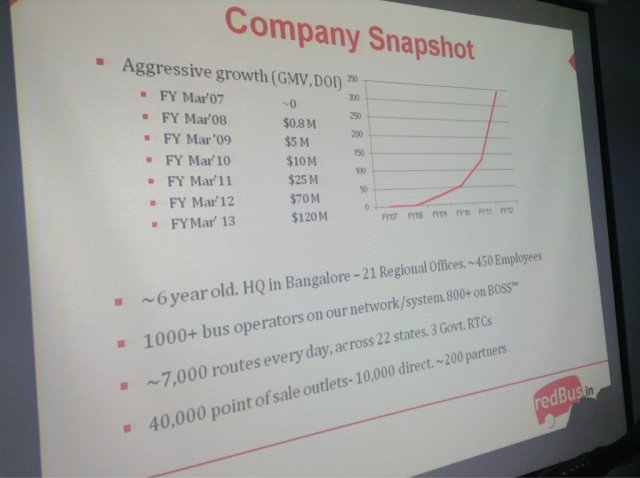 As soon as he started speaking, I turned to my travel pal Sean Percival of Wittlebee and said “He clearly has a Google mind.” A Google mind is something I’ve noticed from current and former Googlers where they attack a problem as if they have all of the world’s resources at their fingertips, whether they have $1 or $1 billion. That type of moonshot thinking is what propels a startup into a world-class business.

Not only does RedBus want to be the only trustworthy source for purchasing bus tickets in India, it wants to be seen as a company that does “no evil” and truly cares about the people who use their service. Yes, Goel has that empathetic DNA that I’ve written about before. He knows that if he makes the purchasing experience a good one on the first try, then that person will be a customer for life. A customer for life is exactly why RedBus is dominating India’s tech scene, as well as making itself valuable globally from a learning perspective.

It’s not all gravy, though, as India’s government and policy is way stricter than what we see in the States. At any moment, it feels like someone could step in and disrupt the disruptor, but it hasn’t happened yet.

Anyone could see that RedBus is successful, but that’s not why it’s intriguing. I asked Goel if bus fleets always accept an SMS ticket receipt as payment? “No,” he said. “Up until last year, most bus drivers required a printout of a ticket, which is difficult for most people to do.” With only 120 million desktop Internet users in the entire country, that’s a big ask. Even I don’t like to print things out.

I pressed with the obvious follow-up: “So, you basically forced bus drivers to accept SMS because it was the best experience for your users,” to which he answered “Yes.”

That fire, confidence and drive to do what’s right for both your company and your users is a hallmark of every successful company. Goel and his team know that unless people feel good while using the service, they won’t be a return customer, and if they’re not a return customer, then the old and broken bus system will win. That’s disruption.

After a few more questions from the group, Goel showed us some of RedBus’ new features, which include photos and panoramic shots from all of the major bus stops that its users rely on. The idea, Goel says, was to make sure that you knew exactly where you were supposed to be, along with when you should be there. That type of empathy goes a long way, and the approach sounds very Googly to me, especially with its Street View-esque pictures and Google Maps integration. Tie that in with community review and ratings functionality for over 7,000 available buses, and you’ve got the beginnings of a complete solution.

I also had the opportunity to take a look at something that hasn’t been launched yet, something that I’m looking forward to testing, and it’s probably something that could grow the company’s revenue 5x easily. Why hasn’t it been released yet? It simply wasn’t time, Goel said.

My second question was “How many times has Google tried to acquire you?” to which Goel answered “They’re not in this market yet,” and smiled. He didn’t answer my question, and it’s clear that RedBus is building the type of company that utilized a brilliant approach to infrastructure to completely change the way that an entire country operates and gets from place to place.

Again, this isn’t a perfect company or market. No company or market is, and it seems like there’s quite a bit of work to do in the mobile space. But in a country that is slow to adopt and adapt, RedBus has taken the lead.

It’s not often you find a company that can do that no matter its location. Maybe it’s time to call a win a win, no matter where a team is based or the market that they choose to attack. Goel says that with what RedBus has built, the Indian bus industry wouldn’t be able to survive without them now, even if it tried.

If a country like India can stop worrying about being like Silicon Valley and find its true self, there could be a new RedBus every other week. It’s moonshot thinking, of course, but that’s what it takes. The real story isn’t that RedBus is dominating a market in India. It’s how.

UPDATE: The term hustler used in this article was not meant in a derogatory way. This is a term used by those that I’ve interacted with while on this trip and my previous one. Also, charging more than what something costs is indeed prevalent in some markets and services in India. RedBus’ success and business model proves that out.