Today, Metaio announced the development of a new Augmented Reality hardware chipset called the “AR Engine”. The German AR firm also announced a partnership agreement with ST-Ericsson that will lead to the integration of Metaio’s AR Engine into the Swiss semiconductor maker’s new mobile platforms.

What does this mean? It means speed and performance increases and — maybe most importantly — improvements in power consumption for select mobile devices running augmented reality software. This is a pretty big deal considering that battery life is a typical achilles heel for mobile devices utilizing advanced graphics capabilities like augmented reality.

The two companies are hedging their bet that the future will require AR enabled devices to be ‘always on’…always augmenting, so to speak. The power consumption advantages of this new hardware strategy will make “all‐day AR experiences” a possibility.

“The AR Engine will do for augmented reality what the GPU did years ago for the gaming industry. This is a great leap in the AR space, and we strongly believe that the AR Engine working with ST‐Ericsson platforms will help realize the Augmented City—the idea of a completely connected environment powered by augmented reality and made possible with next‐gen, optimized mobile platforms,” said Metaio CTO Peter Meier. 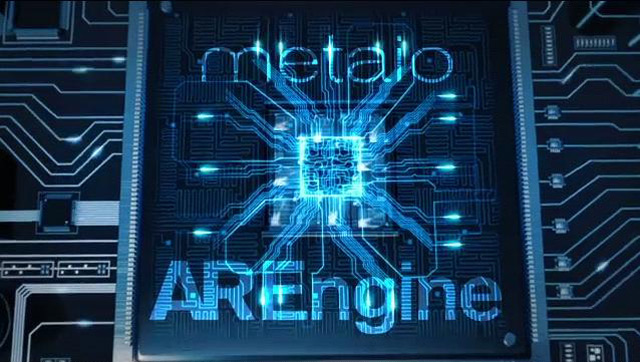 It’s important to note that while Google and their Glass concept capture a lot of headlines (and rightfully so), Metaio have still been quietly trailblazing AR advancements for almost a decade.

With their deep scientific approach and constant research and development, I wouldn’t be surprised if we ultimately see parts of their technology in the standard lexicon of the AR tech that finally becomes mainstream – whatever form factor it takes.