Canon announced the launch of its MREAL system for “mixed reality” today, which includes a head-mounted display that allows wearers to combine virtual objects with the real world in 3D, which essentially sounds like a product designer’s dream. On the consumer side, augmented reality hasn’t done a great job of proving itself generally useful at this point, but in an industrial design setting, the payoff could be big, and that’s why Canon’s MREAL is priced at a professional-level $125,000.

The MREAL headset isn’t nearly as sleek as Google Glass, and instead of projecting info on transparent displays, it actually takes in video of your surroundings, runs it through a computer which supplies the virtual elements, and then delivers a live video feed to dual displays mounted in the visor strapped to a user’s face. It’s not light and all-day wearable like Glass, but it means the system can deliver extremely clear 3D computer-generated images that blend more realistically with a user’s actual surroundings, which is exactly what you want if you’re designing a coffee table for a specific living room space, for instance, or want to see what a car concept looks like under showroom lights before you build a physical model. 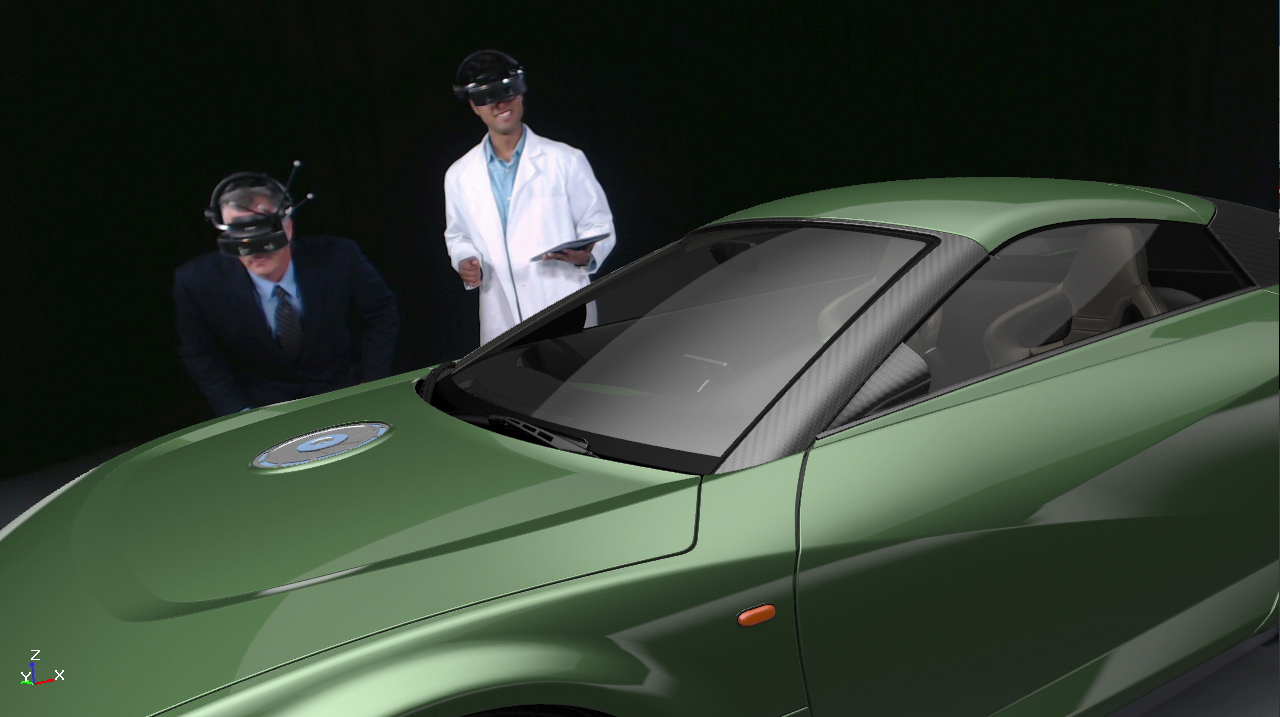 The $125,000 price tag and $25,000 annual maintenance fee might prohibit ordinary folks from picking up one of these, but the system’s impact could be felt at all levels, and in addition to being used by designers and engineers, might make its way to show floors for augmented reality consumer demonstrations. It also could make it easier for inventors pitching an idea to investors to provide a more realistic look at what a finished hardware product would look like, without building an actual prototype. If you’re making an iPhone case, the cost doesn’t really justify it, but if you’re a Lit Motors trying to sell the next generation of personal transportation, it begins to look like a much better bargain on the balance sheet.

Plus, this launch of innovative interactive design tools from an established player invites startups to try to build equivalent low-cost solutions to disrupt the market. I’d love to see a hardware prototyping app come out for Google Glass when third-party devs start building for it, which could potentially bring the cost of AR prototyping down to a more manageable, startup-friendly level.