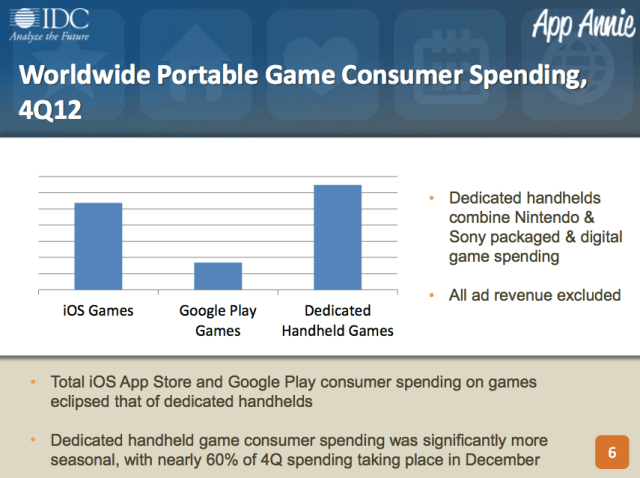 With Sony’s presser on the PlayStation 4 yesterday, it’s time to ask questions again about how console stalwarts like Sony and Nintendo are responding to an onslaught of Android and iOS devices that are cannibalizing their businesses.

Now IDC and app tracking service App Annie are reporting that spending on mobile games finally outpaced spending on dedicated handheld titles this year. (The report is here if you want to see it yourself.)

App Annie reported that if you add up spending on mobile games on both iOS and Android, it now exceeds spending on handheld games.

It’s not surprising as revenues for individual smartphone and tablet gaming businesses are now exceeding $100 million and even touching around $200 million per year now. Distimo estimated in a recent presentation that Finland’s Supercell has cumulatively earned between $100 and 125 million in the last half year off Clash of Clans and Hay Day, while Japan’s top smartphone game Puzzles & Dragons may have earned between $50 and 75 million in January and in Japan alone. Zynga reported that 21 percent of its $261.3 million in bookings last quarter — or $54.8 million — came from mobile platforms.

But there are some behavior differences worth pointing out. While spending on Android and iOS tends to be fairly consistent throughout the year, it’s very seasonal for dedicated handheld devices. Up to 60 percent of spending in the holiday quarter happened in December around Christmas-time.

Another interesting fact worth pointing out is that Asian markets make up a much bigger share of spending on Android platforms. This may be because lower-cost Android handsets are much more affordable for consumers in these markets. That said, monetization and piracy in China remain challenging for both local and foreign developers there. 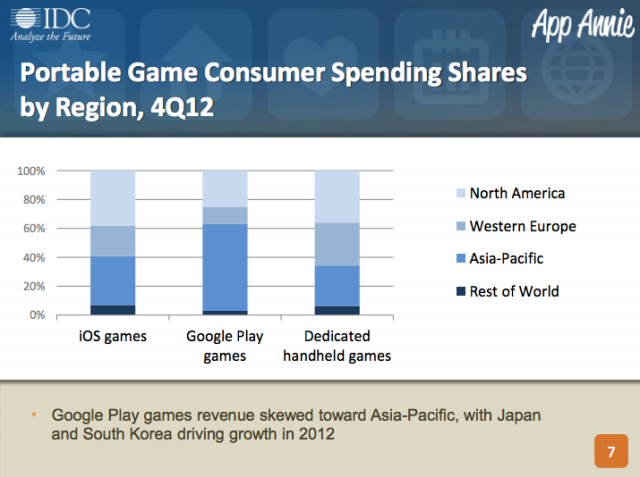 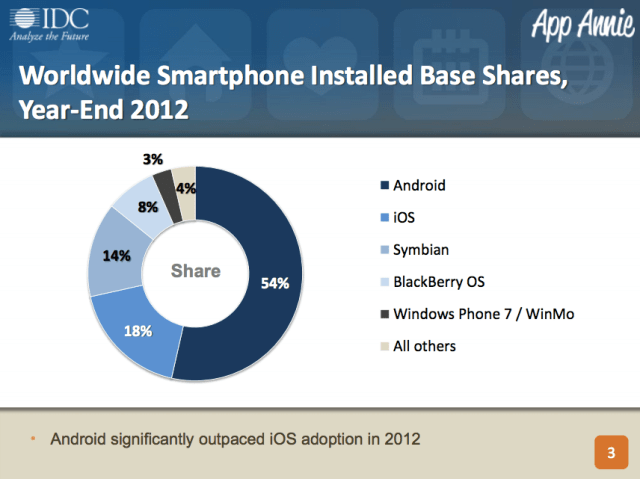 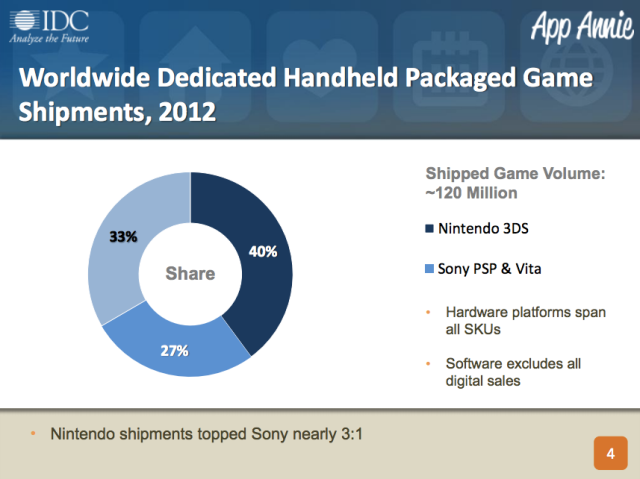 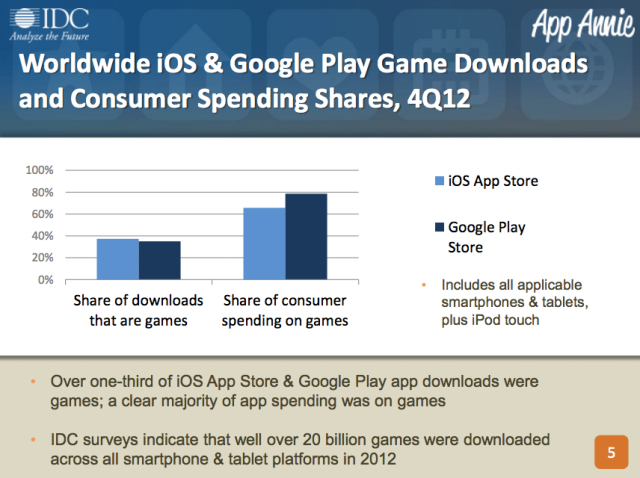 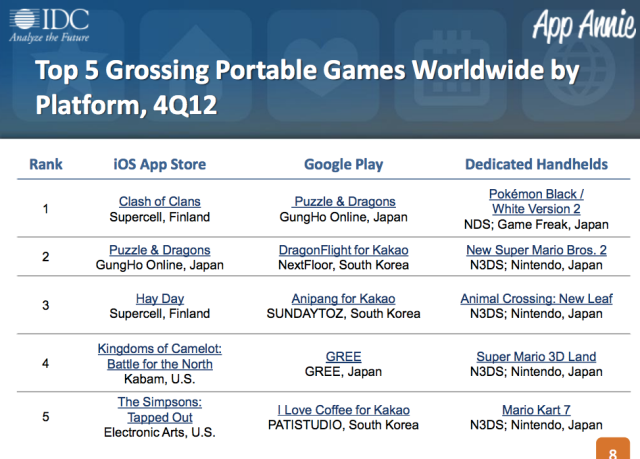