State wants to democratize opinion sharing, and make Twitter and Wikipedia looks like elitist popularity contests. Led by Jawbone founder Alexander Asseily, State has raised $14 million and will launch later this year. Today it revealed details to TechCrunch about its strategy and investors, plus the first screenshots of its app that could help you change the world or just geek out.

“Opinions are the one thing everyone is qualified to give”, explains Asseily, State’s co-founder and Chairman. “On Wikiepedia, only experts can curate. If you’re on Twitter and you say something witty, it might retweeted, but that’s a bit of a crapshoot. “You could say 98% of people are effectively muzzled” on social media because only people with big audiences or lots of background knowledge are really heard.

State hopes to give a voice to everyone by combining the ease and short-form format of Twitter with the built-in audience of new blogging platforms like Medium and Quora Blogs. Asseily explains “State is the simplest way for people everywhere to connect their opinions with the world. That applies to you no matter who you are, how popular you are, or how eloquent you are. This is supposed to appeal to the broadest set of people. We’re trying to get individuals everywhere to stand up and speak on whatever topic.” 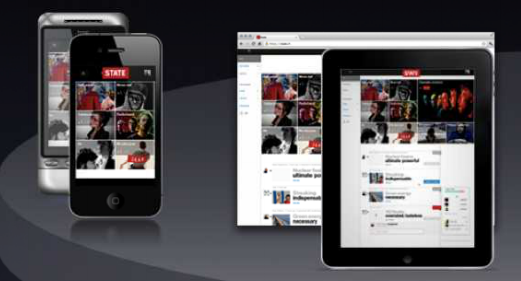 State plans to roll out with an invite-only beta this spring, and you can sign up here for early access. Asseily didn’t want to discuss too many specifics about the State interface, but from the screenshots and some coaxing I was able to eke out that State’s mobile apps will start by showing you several opinion areas you could weigh in on, like music, entertainment, sports, news, and politics. In those, you’ll find feeds of opinions from other users that you can comment on or endorse. State also plans to have embedded feeds on news sites (the BBC and Al-Jazeera in the screenshot), so you can wax about what you’re reading.

When you post, State hopes to analyze or categorize your thoughts to connect you with like-minded individuals. That means you’ll have people listening even if you don’t have tons of followers. It levels the playing field, and Asseily notes that “On Twitter, saying something frequently increases your chances of being discovered.” But on State, “If you’re loud it doesn’t necessarily give you more airtime.”

In more care-free areas like arts and culture, State could just be fun place to discuss your favorite Radiohead song, the best soufflé recipe, the worst player on the New York Yankees, or what will happen next on House Of Cards. But for more serious topics like news and policy, State hopes to let people harness their passion and take collective action, such as petitioning to change out-of-date laws.

The key to State’s business is structuring opinion data into something that could aid outside companies. Right now, everyone from news outlets to entertainment companies pay to mine insights from the Twitter firehose. Asseily wants State to take sentiment analysis to the next level. He says “Twitter is a phenomenal service, but it’s unstructured real-time data, and that make it a challenge to extract meaning.” With State, “the insights will be generated in such a way that they are far more precise than what exists.” 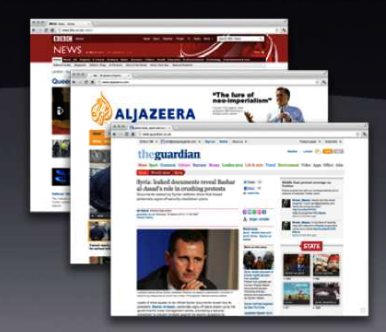 The former Jawbone founding CEO and current chairman hopes that if his new startup gains scale, business will open their wallets to look into our hearts and minds. The game plan has attracted $14 million in funding from an unconventional list of investors, including Niklas Zennstrom of Atomico, Len Blavatnik of Access Industries, Richard Witten of Columbia College, Xavier Niel of French ISP Iliad, former UK Minister for Trade Lord Mervyn Davis, current Jawbone CEO and co-founder Hosain Rahman, Marc Simoncini: of Match’s Meetic and Jaina Capital.

State’s got a big challenge ahead. Trying to tear people away from their ingrained social networks and post directly to State won’t be easy. State users will be able to quickly syndicate opinions to their Facebook and Twitter accounts, and with any luck their friends will follow them back to the opinion network.

The State team is split between the UK and US, It includes Alexander, along with his brother Mark Asseily who is the startup’s CEO, and was the head of product development for VoIP disruptor Rebtel and director of biz dev for Skype. To assist with the roadmap and traction in key opinion categories, State has recruited some solid advisors like Atom Factory CEO and Lady Gaga manager Troy Carter, Internet activist Nigel Shadbolt, author Dr. Deepak Chopra. State’s also brought on Tim Berners-Lee, one of the “inventors” of the World Wide Web who spoke at Davos last month about the need for something like State.

The pursuit of knowledge doesn’t have to be the realm of geniuses alone. There needs to be a middle-ground between sites where only the intelligentsia are creators, and the chaos of old-school forums where anonymous trolling derails conversation. State is trying to invade the space of some of the best-entrenched services on the web. It’s in for a tough fight, but if it succeeds, it could liberate our opinions to make us happy, and to make things happen.