Editor’s note: This guest post is written by Erica Kochi, the co-lead of UNICEF’s Innovation unit. Her team started UNICEF’s open source RapidSMS platform which has been adopted in developing countries worldwide. She co-teaches a class ”Design for Unicef” in NYU’s ITP Program, is a global partner of Stanford’s New Product Design Innovation course, and has lectured at Harvard, Yale, and Columbia University on leveraging technology and design to improve international development. She previously wrote on TechCrunch about how the future of mobile lies in the developing world. All views are her own. You can follow her on Twitter.

To frame this advice, let’s first take a look at what the terms scale and impact mean.

Scale implies that your idea is reaching a large percentage of your target audience. For example, the mobile money transfer and microfinance service M-Pesa serves over 26 million people across East Africa who could not otherwise easily transfer money to relatives and pay businesses. Another example would be that during the 2011 drought across the Horn of Africa, UNICEF and partners provided access to safe drinking water for 3 million people.

Impact implies that your product or service has a positive and transformative effect or prevents a negative effect on even the poorest parts of society. An example of this is Tostan’s work, which has led to over 6,000 communities in eight countries to abandon the harmful practice of female genital cutting. Another example is the effort by a multitude of partners to eliminate measles throughout the world. This effort has led to a 74 percent reduction of measles deaths in the past 10 years. 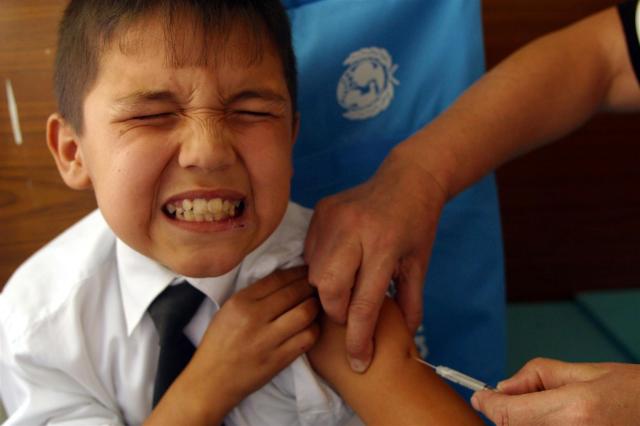 Mehrdod, a 10-year-old boy, winces as he is vaccinated against measles in Dushanbe, Tajikistan.

The true skill of a social innovation startup is not just in choosing the right idea, but in using finding and working with the right partners, aligning with priorities and funding, and continuously delivering and communicating impact along the way.

1. Work with the right partners

In the social space, there are five broad categories of partners. Each brings their own benefits and drawbacks. In order to succeed, social innovation initiatives usually need a healthy mix of two or three of these types of partnerships.

Donors / Investors: Unless you’re financing yourself, your startup will need foundations, venture philanthropists, impact investors, or grant-giving organizations to help get your idea off the ground and develop a proof of concept. Some of the largest numbers of grants in the technology and social innovation space have come from the Omidyar Network, the Skoll Foundation, and the Rockefeller Foundation. In the impact investing space, Gray Ghost Ventures and the Acumen Fund lead the way. Funding in this space tends to be either very small ($25,000 – $100,000) or very large amounts (over $1 million).

“There is a missing middle layer of available capital in the social innovation space,” says Eric Woods, CEO of Switchboard – a group that is using mobile phones to create nationwide networks of health workers in developing countries. “This makes it crucial that you make your idea work within these parameters”.

Celebrities: If your social innovation startup is trying to get people to do something once or to donate, one approach that has been incredibly successful in driving attention and funding to an issue is to get celebrities to champion your cause. Celebrities are in a unique position to ask their fans and followers to do something. For a small social innovation startup, mainstream celebrities are hard to approach. One small innovation-driven startup that has successfully engaged mainstream celebrities is charity: water. They started by approaching tech entrepreneurs early on, with an ask to give up their birthday presents in lieu of donations from friends and family. They received initial support from high-profile tech entrepreneurs such as Jack Dorsey, Marissa Mayer, Dennis Crowley, and Sean Parker. This then led to further support from more mainstream celebrities, such as Adam Lambert and Adrien Grenier, who have projected the birthday donation message to their millions of fans on social media. In 2011, Charity Water raised $16 million. The challenge now is for them to sustain interest in this model, and to communicate on the impact that their partners on the ground are having due to their funding.

UNICEF also routinely works with celebrities to use their talents and fame to fundraise and advocate for children, and support UNICEF’s mission. 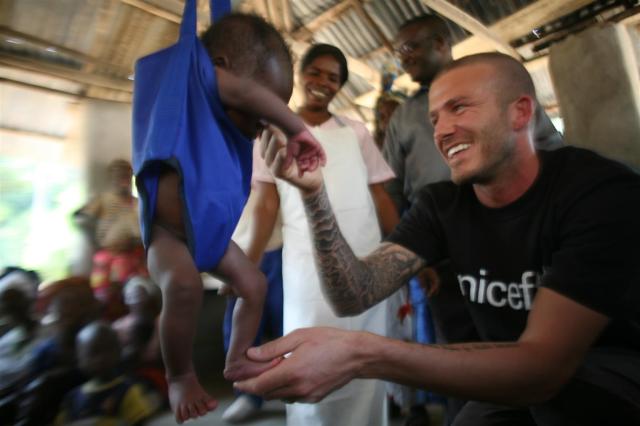 Media: A simple but compelling story–and results to show–is key to being profiled. Once a social innovation startup has a certain amount of buzz, it will often get picked up by well-respected bloggers in the space and then by the more international mainstream media–such as Nicholas Kristof in the New York Times. Once a story hits the mainstream media, the international development glitterati– the likes of Bill Gates, Bill Clinton, and Jeffrey Sachs — may take notice. Practitioners in the space who manage large-scale programs that could really benefit from your social innovation may also pick it up. Both of these paths bring significant gravitas to your idea and help differentiate you from similar social innovation startups. One group that has received significant support in the media is Tostan, an NGO that that continues to receive accolades from both the mainstream press and development practitioners for their groundbreaking work on using new approaches in their Community Empowerment Programs. They amplify their efforts by using a mobile system that makes it possible to communicate with a network of communities by simply sending a text message. The module also introduces mobile phones as pedagogical tools to teach and reinforce literacy as well as the organization and management skills.

Private sector: The private sector can be a key player in scaling. For example, in order to build the developing world’s largest network of health workers, Switchboard partnered with mobile network operators. Switchboard incentivizes operators to set up free calling and SMS networks for physicians and health workers, because every time practitioners make free calls to seek advice or refer patients, they also reinforce their status as a customer of the telecom partner willing to make paid calls to friends and family — calls that generate significant revenue.

Large NGOs and International Organizations: Working with large, publicly funded organizations can be time consuming, confusing, and frustrating. However, these are often the partners you’ll need to get to scale. They work across many countries and often directly with governments. They also have large-scale partnerships with large private sector companies and donors who may not give smaller social innovations the time of day. 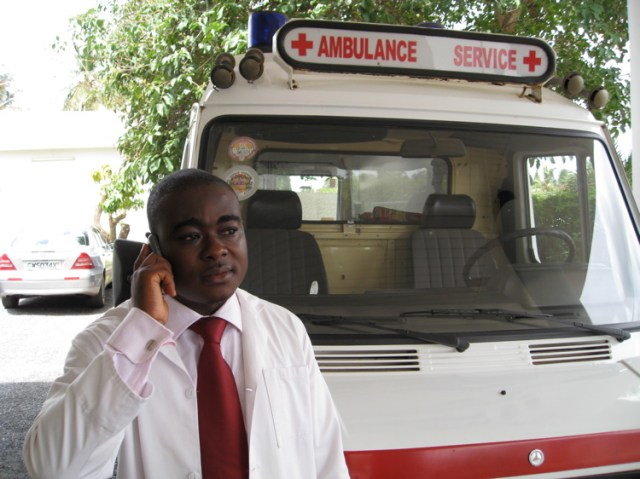 For example, in 2009, a small group from UNICEF Innovation travelled to Nigeria set up RapidSMS (an SMS-based open-source framework for dynamic data collection, logistics coordination and communication) to monitor the distribution of 45 million mosquito nets. During this time we reached out to Timba Objects founder Tim Akinbo. Timba Objects is a Nigerian mobile development startup. Today, the Government of Nigeria, and UNICEF in collaboration with Timba Objects has expanded the use of RapidSMS to tackle the large challenge of providing children with an official identity that they will need to access essential health and education services, and eventually need to exercise their voting rights. This effort has registered 7 million births over a period of 15 months.

Beyond UNICEF, many large organizations such as the World Bank, UNDP, DFID, Save the Children are starting in-house innovation groups to help drive new technologies and strategies that will dramatically improve their operations. These are often the groups to interface with as a social innovation startup. A good place to interact with them is at conferences such as the the Silicon Valley Human Rights Conference, the mHealth Summit, the International Open Government Data Conference and various hackathons aiming to use technology to help solve social issues.

3. Provide proof of impact
Another reason that social innovations don’t scale is the lack of data that demonstrates added value. Impact assessment and evaluation is a field of work that often gets little play early on but is most often a prerequisite to attract further support and investment into social innovations. Innovation in new tools and approaches can play a pivotal role in helping address societal challenges, but unless an approach or model can show real value that justifies already scarce resources to be allocated towards it, and can be repeatedly replicated, it does not stand a good chance of being transformational at scale.

Two examples of highly hyped social innovations that have not scaled because of a number of reasons including the lack of data are the The One Laptop Per Child (OLPC) initiative (founded by Nicolas Negroponte of MIT Media Lab fame), which aims to provide every child with a rugged, low-cost laptop, and the PlayPump – a water pump that takes the form of a merry-go-round that is powered by children. Among other issues including affordability, OLPC was never able to present any credible metrics on impact that would indicate increased scholastic performance. As for the Playpump, an evaluation of the initiative concluded that even with continuous ‘play’, it would never be able to produce enough water for communities.

One way to provide proof of positive impact is to partner with an academic institution who can work to evaluate your idea or pilot. In the case of Program Mwana – a mobile initiative to strengthen health services for mothers and infants in rural and underserved areas, UNICEF worked with Boston University to conduct an evaluation on the program, which was then published in the Bulletin of the World Health Organization. This evaluation greatly strengthened the argument for scaling this project across both Zambia and Malawi.

Social innovation needs to be proven on the way to scale. Without proof of impact, it will be difficult to sustain the path towards scale. This path can take considerable time. My co-lead Christopher Fabian and I started UNICEF Innovation in late 2007. While it took us a just a few months to demonstrate the potential that new technologies, and innovation and design practices could have for UNICEF’s work, it took us three years to really start showing impact on the ground.

Today, UNICEF Innovation has recognized success in innovative design of social development solutions. Our efforts range from using mobile solutions to help provide antenatal care to thousands of pregnant women across Rwanda to a direct feedback loop for from more than 180,000 young Ugandans to engage with their government and change policy in real time. We have only been able to achieve this because we have worked with the right partners, aligned with global priorities, and delivered proof points.