Lonely? Wish you had someone to geek out with about the weird stuff you’re into? Sodisco wants to find you a play date. It’s the soon-to-launch startup from Christian Taylor, ex-CEO of Facebook e-commerce platform Payvment, which just got bought by Intuit. Taylor called me up to reveal what Sodisco’s all about: analyzing your interests and introducing you to your nearest clones.

“There are people three blocks away from me who like the same things as me, but there was no platform out there to connect us,” Taylor tells me. Well, there are some others that try to connect you, but Sodisco wants to go all algorithmic on social discovery. Taylor explains, “I moved to San Francisco by myself. I ride a motorcycle and collect vintage lunch boxes.” He wanted people to share his hobbies with, and he thinks it’s a common problem. 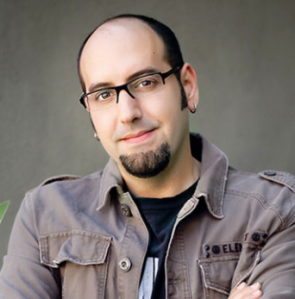 The solution came to him while still at Payvment, which raised $7.75 million and served 200,000 merchants before selling. The company was analyzing people’s interests to see what e-commerce products it should recommend to them. Essentially, it would say “people with similar interests to you bought this.” Taylor realized, “hey, maybe we should just introduce these folks.”

So after priming Payvment for its acquisition by Intuit, and grabbing some vacation while the deal closed under new CEO Jim Stoneham, he began work on Sodisco. It’s named after comedian Eddie Izzard’s complement to people he thinks are cool: “You are so disco!” Now the startup is raising a seed round and building out a team. Taylor has already roped in Ping.fm CEO and co-founder of LaunchRock Sean McCullough as CTO.

Together they’re building a mobile and web application that “provides localized discussion communities around the interests you’re passionate about and enables you to discover new people in your geographic area who share those same passions and interests.” Users will be able to join groups around interests, post related content and exchange messages with other members.

Getting us to actually use the app will be the challenge. In a space cluttered with ways to connect with people, it may take a mini-miracle to convince users to frequent another site. Taylor admits “the world does not need one more friending app.” He doesn’t want his Facebook news feed any more cluttered than it is. Rather than a social network, though, Taylor likens Sodisco to Reddit.

But unlike normal online forums, the goal is to transcend the screen and get people to hang out in meatspace. And different from most offline meetups, Sodisco matches you with people you not only share a specific interest with, but that you’re generally compatible with, too.

Taylor concludes, “When I bought a motorcycle, I wanted to find people to ride with. I’d go to meet-ups, but just because we both like motorcycles doesn’t mean I’m gonna be friends with some big burly dude or some 20-year-old. It became so apparent to me that this was something I had the tech to solve.”

Sodisco hasn’t launched yet, but you can sign up to get an early invite when it’s ready.