At the Morgan Stanley Technology, Media & Telecom Conference this morning, Microsoft’s CFO Peter Klein was asked about the importance of Bing for the company. According to Klein, Microsoft decided to launch its own search engine because it saw it as a “massive business opportunity,” not only as a stand-alone search engine, but also to help it improve other parts of its business.

Bing, he argues, is a “machine-learning engine that makes all of our services better.” As a search engine, it obviously also collects a huge corpus of data that Microsoft can then use elsewhere, though Klein didn’t go into the details about how exactly the company is currently doing this. 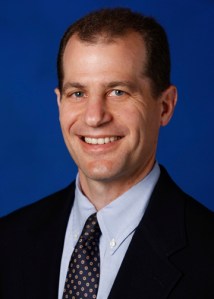 He also believes that handling the large amounts of data Bing deals with has helped the company position itself well with regard to bringing big-data services to market through Bing Data.

In Klein’s view, Bing still represents a “really good business opportunity,” too. Microsoft, he told the investor audience at Morgan Stanley’s conference, has gotten significantly better at managing the cost of running Bing, and its financial performance has increased over the last year.

Over time, Klein thinks Bing will “be more and more of an intrinsic part of all of [Microsoft’s] devices and platforms.” There have been occasional rumors about Microsoft wanting to sell Bing or spin it out (and Microsoft may actually have thought about this in the past), but based on Klein’s comments today, that’s not likely to happen anytime soon.

Another service Klein also thinks will get integrated more closely across the Microsoft ecosystem is Skype, which the company acquired in 2011. He seemed especially excited about Skype integration into Xbox.