Podio, the social business collaboration and project management platform that Citrix acquired last year, just announced a set of product updates that bring more real-time features to the service. The over 200,000 companies that currently use Podio will now, for example, get real-time comments, so users won’t have to press the “refresh” button anymore to see when new comments appear on their documents, tasks or other items in Podio.

And because it’s the cool new thing (or at least it was in the 90s), Podio produced this animated GIF to show you how this works:

The other new features are also loosely related to comments: presence on items and the ability to like comments. Presence brings a feature to Podio that users of Google Docs and similar platforms who regularly collaborate on documents are very used to. You can now always see who is also viewing a given item at the same time as you. This, says Podio, doesn’t just reduce the chance of multiple people editing a document at the same time, but also makes it easier to start conversations around an item.

The ability to like comments, Podio tells us, isn’t just a nice feature to reward especially witty comments, but can also help users to gauge interest in a given opinion before making decisions. Podio, of course, is mostly text-driven, but being able to like an item greatly reduces the friction to interact with an item and obviously takes far less effort than writing a comment. Podio says this feature has been among its most requested since it launched more than two years ago. 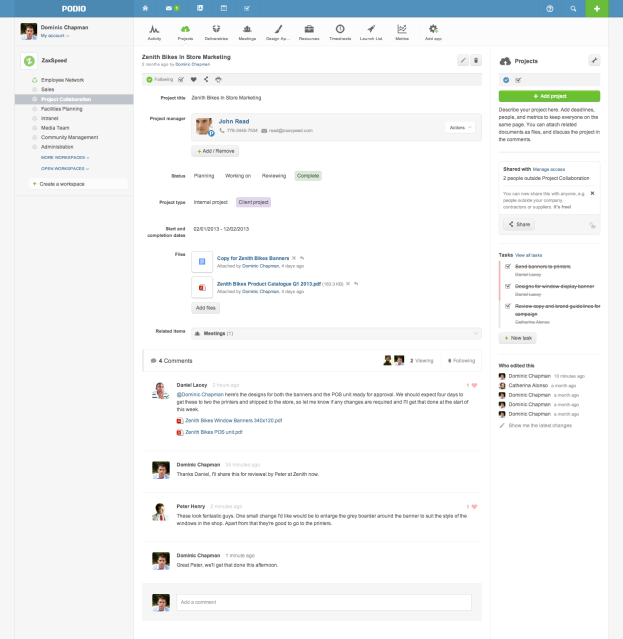