Cooliris, the Kleiner Perkins-backed photo browsing and sharing startup, is again expanding its footprint in key emerging markets, this time in Russia thanks to a new partnership with Yandex. The move follows the company’s launch of a localized version in China in December, which also saw a partnership with Renren, aka “the Facebook of China.”

“The great thing about Yandex is that it’s a very integrated company, similar to Google,” says Cooliris’s VP of Business Development, Sebastian Blum. “They own 65 percent of the search market over there. They have a photo product called Yandex.Fotki. They have a Dropbox or Google Drive competitor called Yandex.Disk,” he explains.

Like Renren before it, Yandex also reached out to Cooliris about a possible integration in the platform. For these companies, the benefit is getting their service in front of users in more places, but these kinds of partnerships will also hopefully help Cooliris find traction in developing markets, boosted by the marketing and distribution power of their larger partners. 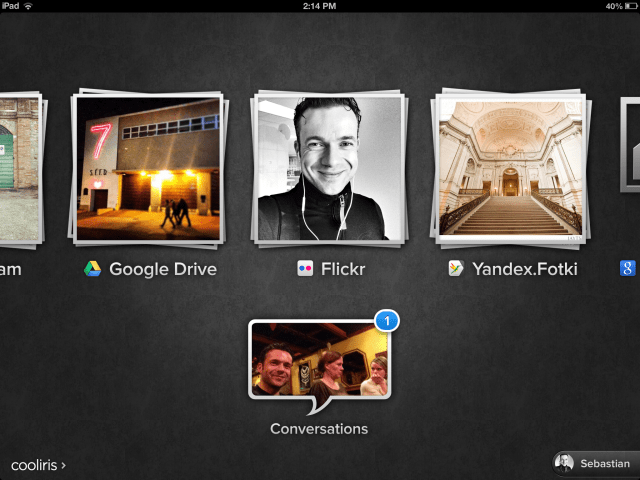 As of today, Cooliris has 3 million iOS users, around 60 percent of which are in the U.S., with the next largest market being Asia, at 30 percent of users. But those numbers may change soon, given the recent launch in China. Although China has yet to crack the top five among Cooliris’s 174 supported countries (U.S., Japan, Germany, U.K, and Russia), it’s now the second-fastest growing country in terms of new user signups. The company expects China will take over the number two position “soon.” In the first two weeks after the Renren integration, Cooliris jumped up by 30 times over its previous install base in the country, which was then in the “tens of thousands.” 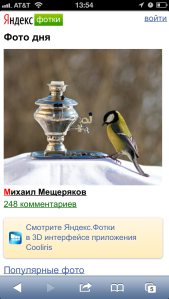 For most of last year, Cooliris had been largely limited to supporting Facebook, iOS’s Camera Roll, Instagram, and Google Images, but it has been busy ramping up its other integrations in recent months. Since its iPad debut this past summer, the startup has added integrations with Google Drive, Picasa/Google+, Flickr, SmugMug, Twitter, and, of course, Renren and Yandex.

Out of the billion photos linked into Cooliris’s application on iPhone and iPad, the company says 350 million have been engaged with in some way (e.g. viewed, tapped, expanded, etc.) over the last six months. 13 million sharing actions have taken place on Facebook, and Cooliris is seeing private, more selective sharing picking up steam, too. Females are now sharing about twice as much as men, and they tend to skew younger (18-24 is the largest demographic), compared with men (35-44 is tops).

iPhone usage spikes around noon, while the iPad is more popular in the evenings as users do more browsing and batch sharing. Although Cooliris has an Android application, it’s a different kind of app – the older “LiveShare” app. Now the team is working on a new Cooliris-branded app for Android users, which will be more like the current iOS app. This is expected to launch in April. Cooliris for iOS, meanwhile, is available for download here.