Lentino, who is owner of Instra Corporation, the domain name registrar based in Australia and New Zealand that is providing product, billing and technical support services to Mega users, remains a Mega shareholder and will keep a director’s seat. 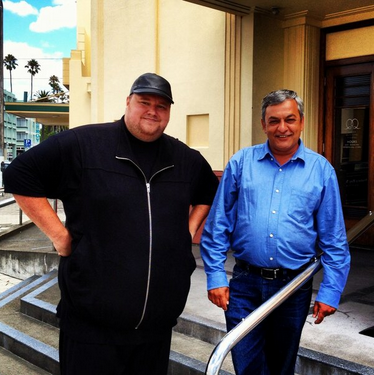 Since launching around two weeks ago Mega has managed to attract 2.5 million registered users.

Commenting in a statement, Kumar said his job would be to build on “this initial success to develop MEGA into a significant company on the international Internet stage”, adding: “MEGA is an exciting business and one that I am delighted to be joining.”

In addition to working to promote — in Mega’s words — an “open and uncapturable Internet” at InternetNZ, Kumar has also worked for New Zealand’s central government (State Services Commission), and for Telecom NZ in “a variety of roles covering management, strategy, innovation, policy and programme management”.

Kumar’s LinkedIn page lists him as: “Looking for new opportunities, new challenges” — and describes his main strengths as “strategic leadership, management, innovation, and public communications”, and adds: “One talent I’m particularly proud of is the demonstrated ability in building and leading teams where excellence is the norm. This sets off a wonderful virtuous cycle of the best people delivering the best results with the organisation becoming attractive to the best people.”

Writing about the job on his blog, Kumar said his first thought when Kim emailed him about the role was “great opportunity but risky”, but after a visit to Kim’s mansion to meet the team and “look at Mega from every angle” he was convinced.

“Mega is off to a good start, despite the initial overload at launch. There has been a lot of scrutiny of the services offered. Overall, it has been generally positive and many of the start-up risks have been managed well. This should provide the company with much-needed cash flow to break even and then create a solid platform for growth,” he adds.

According to his LinkedIn page Kumar has studied marine engineering, management accountancy and holds an MBA in international business from the Indian Institute of Foreign Trade.