A while ago, Google took its Street View cameras to the slopes and started documenting ski runs at a few select resorts. Today, Google is expanding its mapping options for skiers by adding 38 new run and lifts maps to Google Maps, including its apps for Android and iPhone. These include well-known ski resorts like Squaw Valley, Big Sky and Whistler Blackcomb.

Ski runs are marked on Google maps with the usual blue, green and black lines to mark the difficulty of the terrain. Ski lifts are marked as red dotted lines. 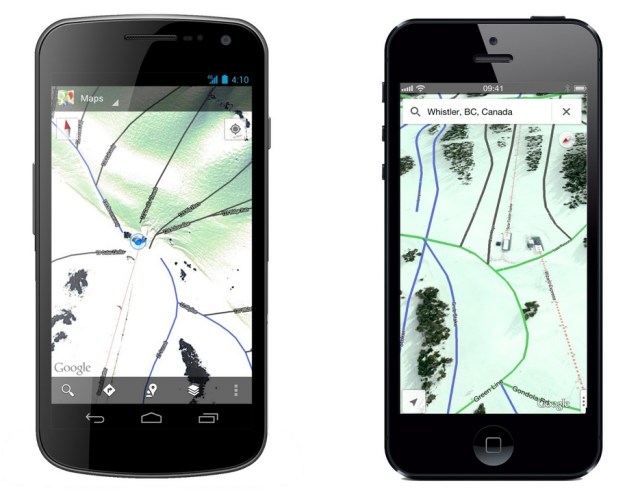 Google first started adding ski runs and resorts to its maps in November 2012. At that point, it added about 90 ski and snow resorts around the world to its maps. Those initial locations included mountains in Europe, Canada and the U.S. Today’s update mostly focused on the U.S., with a few Canadian mountains like Whistler Blackcomb and Panorama Mountain thrown in for good measure.

Google says it has “more ski resort maps on the way,” though with the winter slowly coming to an end, I assume we won’t see too many of these updates until later this year. 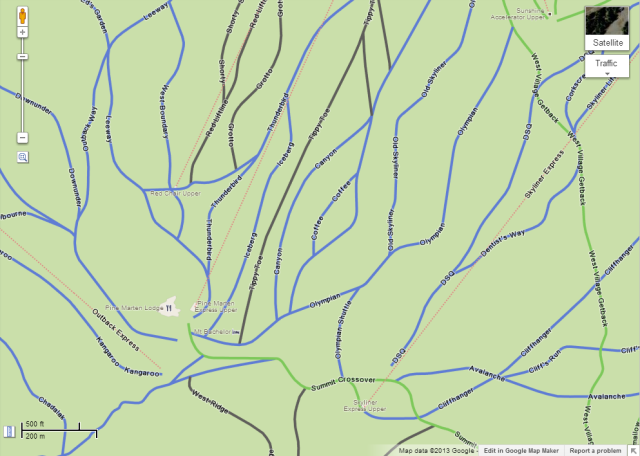