Wishpond is launching a set of eight new apps that bring the startup’s social marketing campaigns to Twitter.

The apps allow businesses to promote different contests and offers from their Twitter accounts, such as Photo and Caption contests. I talked to CEO Ali Tajsekandar about the new tools, and it sounds like one of the biggest selling points is the way the contests seem like a natural extension of a business’ Twitter account. Normally, if you’re promoting a contest or offer on Twitter, your followers would have to follow a link to an outside website, which Tajsekandar said can be a jarring experience.

The company can’t entirely get around the fact that the contests are hosted on the Wishpond site, not Twitter itself. However, the contest page looks quite a bit like Twitter, and even copies the background from the relevant Twitter account. So Tajsekandar argued that the visitor is less likely to think, “Whoa, what’s going on here?” and more likely to actually sign up. 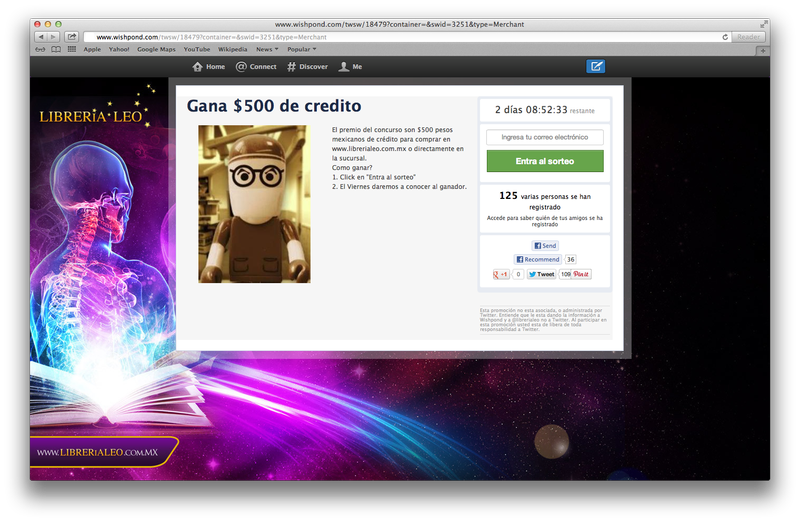 But isn’t that kinda deceptive?

“We are by no means trying to deceive anyone,” Tajsekandar said. He pointed out that there’s a disclaimer on the contest page saying that the company isn’t associated with Twitter. And in order to sign up for a contest, you have to go through the same authorization process that you do when you give any third-party Twitter app access to your account. It sounds like Wishpond is trying to thread a needle here, offering something that feels like Twitter while not outright tricking users.

Other features include mobile optimization, Wishpond analytics, and the ability to take your Wishpond Facebook campaigns and immediately run them on Twitter, too.

The company says it now serves more than 17,000 customers. The new Twitter apps are included in the Wishpond Marketing Suite, which costs $29 per month (more for agencies and additional services). You can read more here.