Since 2005, Stickam has been a haven for misfit youth, emo bands, and anyone else in need of a live-streaming video blog channel to share their lives. But at midnight tonight, Stickam will shut down forever. Though it didn’t give a reason, it said “We are very sad to announce Stickam will be closing down” implying it may have simply run out of steam as competitors like YouTube took the spotlight.

Stickam got its name from allowing users to “stick” and embed their video streams on other websites. It grew to 10 million registered users, 6 million monthly uniques, 3 million streams viewed daily, and was once named “Top Video Destination for Teens” by Nielsen in 2008.

Stickam spawned web celebrities like GayGod, hosted musicians like Andrew W.K., and courted its fair share of controversy. A risque teen girl going by Kiki Kannibal became a hit on Stickam, only to retreat after being stalked by her fans. 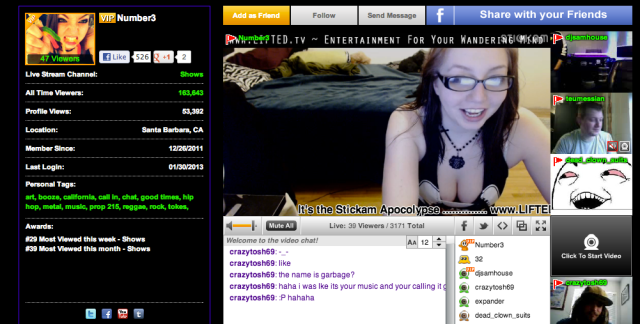 In the years since its hey-day, competitors with a more general focus overshadowed Stickam. Services like Ustream, Livestream, Google Hangouts, and YouTube Live all let people stream live video to big audiences. Now some of Stickam’s stars including GayGod run their videos on YouTube where they can earn a revenue share.

A fractured audience and aging core user base may have caused the demise of Stickam. Though the site technically closes tonight, it will remain accessible until February 28th so people can download their recordings.

Stickam’s team concluded, “After seven wonderful years we are incredibly sad to have to say goodbye. We did everything we could to keep this dream alive, but unfortunately you are reading this message. When Stickam launched in 2005 we were the very first website devoted to live streaming, user generated video and chat. There was no blueprint, no roadmap to follow. We didn’t know where you would take us. Thank you all. We will miss the Stickam community.” 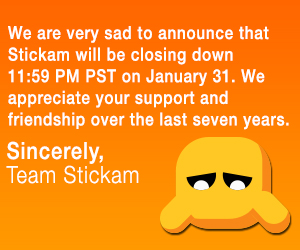