As Facebook looks for new ways to make money, it disclosed during its Q4 2012 earnings call today that its Gifts product and promoted user posts functionality accounted for less than $5 million of Facebook’s overall revenue. In fact, these earnings were labeled as revenue “outside of games.” Payments revenue was flat, overall, in the quarter.

While this isn’t the worst thing in the world, it does show that Facebook’s slow rollout at the end of last year might have hurt its overall revenue. Slowly rolling it out was the right move for users and its product’s longterm health, but it does look like Gifts didn’t get the Christmas boom that the company had hoped for.

When Facebook Gifts launched, our own Josh Constine discussed how the product could eventually earn upwards of $1B annually for the company. When I’ve used the products, I noticed that it’s difficult for people to accept their gifts, especially if they’re not a hardcore Facebook user. 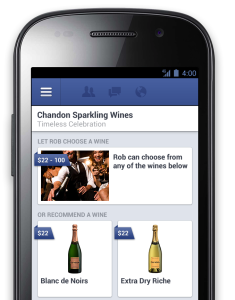 We’re told that this is an “early product” so we expect that the user experience will get better, and there will be more types of gifts available this year. We noted that Facebook has put the emphasis on buying someone a gift over leaving a note on someone’s Timeline for their birthday, and that is in hopes of kickstarting the product. It hasn’t happened; people are tight with their wallets and purses.

As far as promoted posts from users, it’s something that nobody really understood why Facebook introduced it. It seems odd to want to pay money to “promote” your status update to people who are already your friends. As Facebook’s News Feed gets harder to follow, asking people to pay $7 is a bit of a stretch. To many, this seemed like a test just to see what would happen.