Facebook laid the groundwork for several new money-makers in Q3 2012. Tomorrow’s earnings report will hopefully show if search typeahead ads, app ads, Gifts and Facebook Exchange are actually bringing home the bacon. If they’ve done well and are growing, Facebook’s future might look brighter to Wall Street. If not, Facebook will need new revenue building blocks to help it climb back to its $38 IPO price.

In Q3 Facebook beat expectations of $1.26 billion in revenue (up 7% from Q2), with $1.09 billion in ads (up 36%) and roughly $170 million in payments from games (down 9%). Those are the numbers Facebook is trying to beat handily tomorrow. It’s been a strong quarter for Facebook. It salvaged its share price from $19.50 before Q3 earnings on October 23rd to over $30 now. It also weathered its biggest stock lockup expirations without a share price crash, which allows investors to forget about the IPO’s messy aftermath and focus on Facebook’s business.

The bulk of Facebook’s revenue is likely to still come from its traditional bio and interest-targeted web and mobile ads. Facebook has had time to teach marketers how to use them and get them built into its Ads API for running massive campaigns. How it fares compared to projections will depend on if these achieved steady growth.

The biggest news of the Q3 earnings call was that mobile had grown from zero in March 2012 to make up 14% of its total ad revenue by the end of September. A report from ad platform Kenshoo earlier this month said it saw 20% of ad spend going to mobile, so the new official figure could be in that ballpark. Watch out for the percentage of ad revenue coming from mobile in the Q4 earnings report as a measure of how Facebook is doing today.

I personally expect Facebook to show strong revenue progress and a big gain in mobile advertising, both as in total revenue and percentage of Facebook’s overall business. Unfortunately, this may be coming at the expense of user experience. The volume of ads on mobile and their prominence has noticeably increased over the last quarter, which is probably annoying some picky users and subtly diluting the value of the news feed for others.

Looking closer, search ads, app ads, Gifts, and FBX will be critical to Facebook’s Q4 2012 and beyond. Even if their total contribution to Facebook’s current revenue and profit isn’t massive, it’s their trajectory that’s important. If they falter, Facebook may be in a bit of trouble. The final quarter of 2012 didn’t see it announce any other significant new revenue streams. Since they always take some time to rev up, if these four aren’t showing promise, it could be awhile before Facebook has machinery in place to convince Wall Street $FB is worth more than the $30.79 it closed at today.

On August 22nd, Facebook officially launched its Sponsored Results search typeahead ads after two months of testing. They let advertisers butt in and show their app, Page, or other Facebook property above organic search results. For example, Zynga could show ads for FarmVille 2 at the top of the typeahead drop-down results for searches for the game “Dragon City” by competitor Social Point. Advertiser interest and click-through rates were both high in initial tests of Sponsored Results by Facebook’s adtech partners.

With a full quarter of ability, it’s time for Facebook to share some official results on their performance with users and their revenue contributions. If they’re raking in cash and if interest is growing, it proves the potential of a Facebook ad unit that doesn’t take up space in the news feed or sidebar like its primary ad products.

This is so interesting because Sponsored Results in the typeahead are the model for monetization of Facebook’s new Graph Search feature, which will replace the old internal search bar where these ads live now. At the launch event, CEO Mark Zuckerberg answered my question on how Facebook would make money on Graph Search by saying typeahead search ads “extend quite nicely to this.”

If Sponsored results are already performing well, Graph Search could become a core revenue stream in time in addition to a way to make Facebook more useful. The possibility of earning vast sums without filling the feed with ads that could drive away users might get Wall Street’s hopes up. 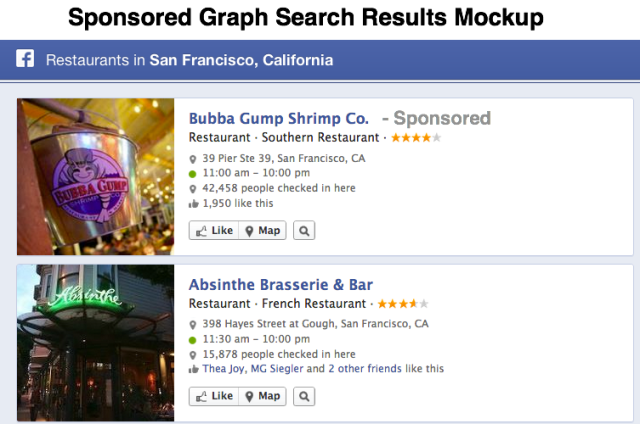 Facebook has an enormous opportunity to be the gatekeeper to paid discovery for the burgeoning app economy. With the App Store and Google Play overflowing with choices, and breaking into the top charts the only way to rise from obscurity, developers need ways to gain traction. Launched in August, Facebook app install ads let developers pay to show off their apps in Facebook’s mobile news feed, with clicks/taps opening the App Store for free download or purchase, sometimes without even closing Facebook.

Initial reports indicate app install ads are in fact delivering new users at a reasonable price, so there’s big potential for them as more and more companies go mobile. They only became buyable through the Ads API a week before Q3 earnings were released, so we didn’t see their impact by then. On the Q4 earnings call, investors should be tuned into whether users are finding the ads inviting and if Facebook’s able to milk a bigger margin from them than its standard mobile ads. 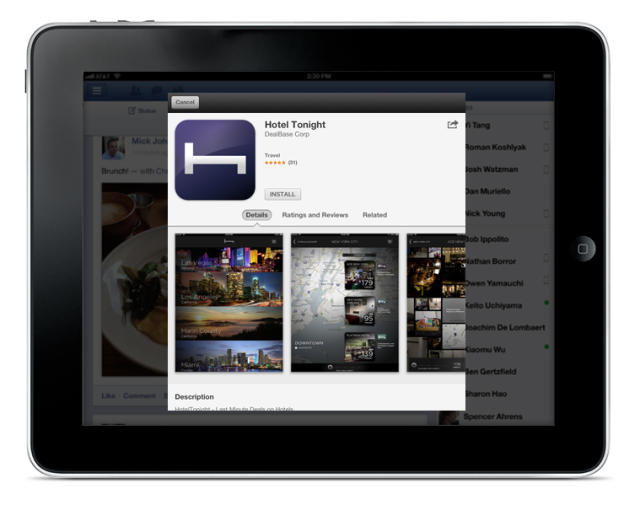 Facebook’s entrance into e-commerce that lets people buy physical gifts and gift cards for friends rolled out to all U.S. users on December 11th. That means it was only available to Facebook’s local market for the last three weeks of the quarter, the holiday gifting season, and its novelty may influence the initial rate of purchases. Still, what matters is essentially how many Gifts each user is buying.

The numbers would look better if Facebook can figure out how to scale Gifts to international markets. Issues with localization, shipping, and less buying power in some nations may make that tough. There is a chance that Facebook could make it work in Western Europe, or at least the U.K. But first, Facebook has to prove that its birthday alerts, gift recommendation engine, giving flow, and ease of delivery can get people to open their wallets and eschew Amazon. 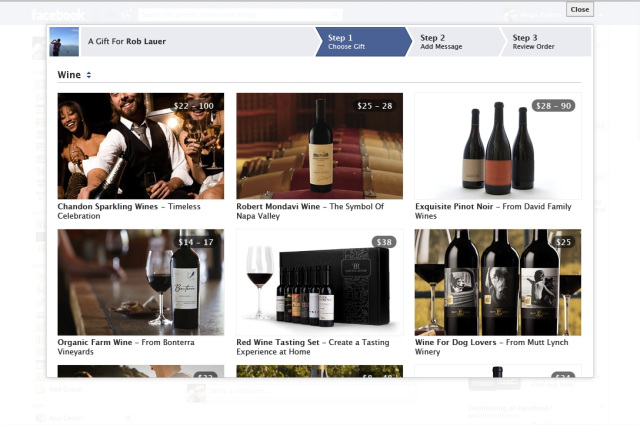 The real-time bidding, cookie-based retargeted ads that Facebook launched as Facebook Exchange (FBX) in June are now in full swing. They let advertisers target people who almost bought something on a site the next time they visit Facebook.

Marketers are giddy over their strong performance in delivering easily measured returns on investment. Meanwhile, advertising technology platforms like Triggit are raising huge rounds and betting their companies on the success of FBX. They’re essential to Facebook’s long-term revenue growth because they let it operate in the lucrative demand fulfillment part of the advertising funnel that Google search ads dominate, instead of the tough-to-measure demand-generation space. Some advertisers report FBX performs significantly better than Google’s retargeted ads and may be shifting ad spend to the social network.

If FBX is as popular as people think, expect Facebook to make its performance a centerpiece of the Q4 earnings call. Facebook recently paused development of its off-app mobile network — another product with vast potential. My theory is that Facebook may be redirecting resources to making FBX ads able to appear on mobile. It’s a big opportunity because mobile devices don’t store cookies that power retargeting, but Facebook’s cross-platform identity system would let it show people mobile ads based on their web browsing habits. An announcement about FBX for mobile during Q4 earnings or down the line could have investors excited.

Check back to TechCrunch tomorrow at 1pm PST for our coverage of Facebook’s Q4 2012 earnings report. And analysts, if you don’t hear Facebook talk about the products above, be sure to ask.