It sounded like a brilliant idea and when Amen was launched on the TechCrunch Disrupt SF stage: an app as a game to find the best and the worst of everything. It was a big concept built around the idea of structured big data. And for a while it was a lot of fun. “This is the best cafe in London ever”, “This is the best bar in New York ever” etc – and your friends could argue with a “Hell No”. That game produced better quality data and much of it based on location. It also probably helped that they signed up Ashton Kutcher as an investor and promoter (even Demi Moore used it for a while…). But as we know, the average person just wants answers, not games. That’s why Yelp exists. So it’s little surprise then that we’ve leaned that Amen is in the midst of producing another app which capitalises on all this data called Thanks. We understand the company is trying to keep this link private as they are in private beta, but it’s on a publicly accessible page here. It looks like Amen will still be available as a game, with Thanks simply pulled all the juicy data from it.

Thanks is effectively a recommendation and search engine designed to find the best music, movies, places to go and more, drawing on millions of rankings from both the Thanks and Amen apps. In Thanks you can also ask friends and experts for their advice. Existing Amen users will be able to log into Thanks seamlessly, with all their data carried over. Thanks is designed to bring answers based on all the ‘Bests’ that the Amen community of users created.

We understand Amen’s social game has produced 4 Million lists of the “The Best” on which Thanks is based.
There’s also an implication for Facebook Graph search: If someone Likes something on Facebook, is that a strong or a weak signal? By contrast, on Amen, people say ‘X is the best Y ever’. That’s a pretty strong signal. If enough people say it, it’s a very strong signal. Likes, alas, are very flat pieces of data.

We contacted CEO and co-founder Felix Petersen to comment on the new app, however he declined to go into detail other than to say “This is not a pivot. Our plan was always to create engagement first and then use the data to create real-value for the user. Amen is very successful as a time waster. But focusing on fun, stickiness and high-activity comes at a price.”

“Thanks is not a pivot,” he said “just as ‘Explore’ in 4sq isn’t or Graph Search isn’t a pivot for Facebook. It’s an evolution and a part of a bigger trend of creating value for the user instead of just ‘getting him hooked’.”
He admitted that users get become bored of Amen when the novelty wears off: “That is what we are seeing with Amen too, it’s perceived as a game and we eventually hit a plateau with more passive users. The core community remains very engaged but we knew we had give your mum good reasons to use Amen. Thanks is our answer.”

It’s to be hoped that this smart new product is also proof that Berlin’s startups are more substantive and product-driven than some of the over-the top hype sometimes suggests. 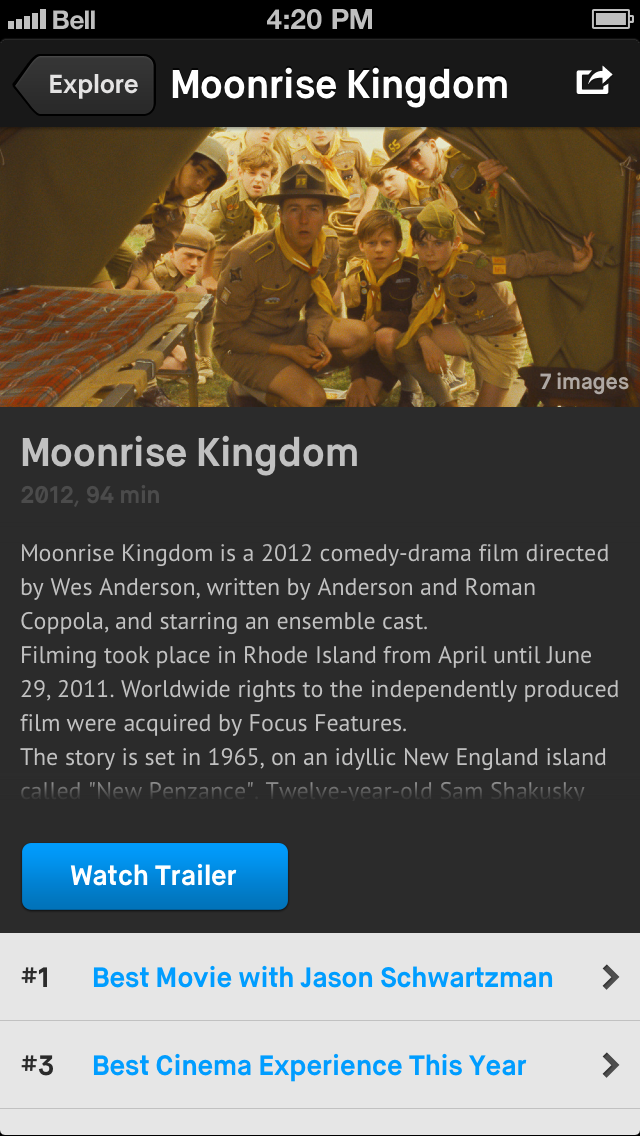 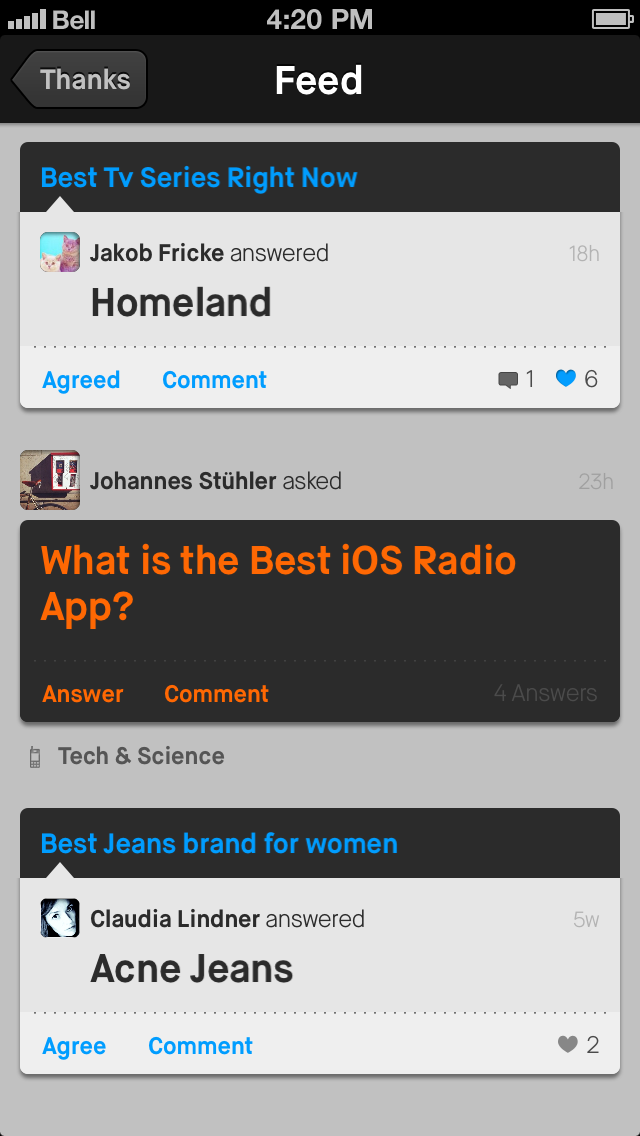 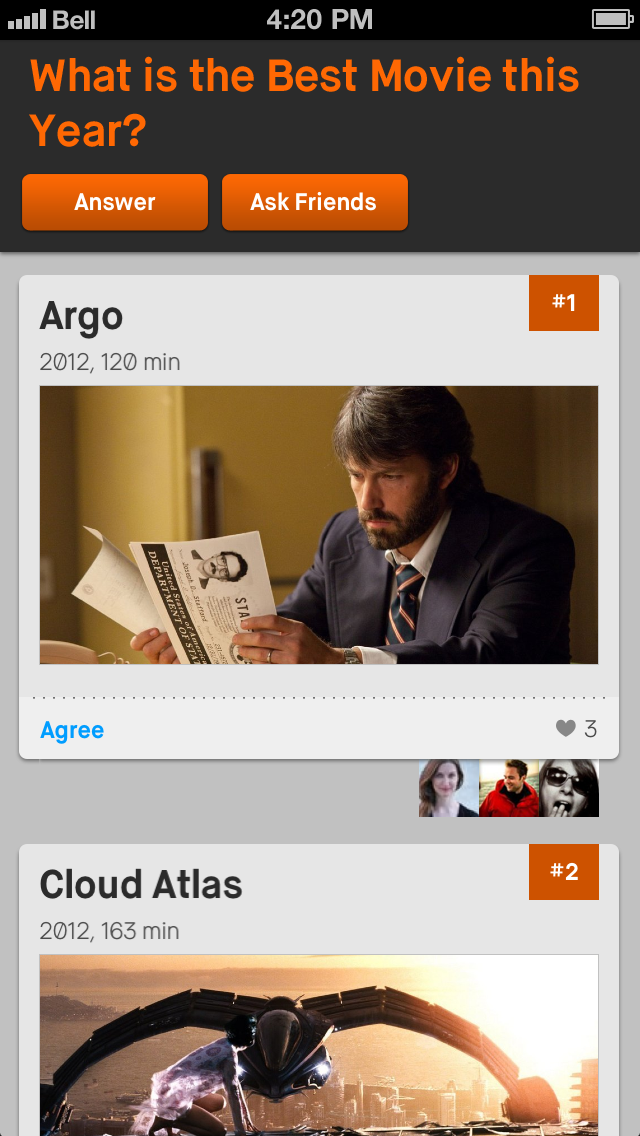 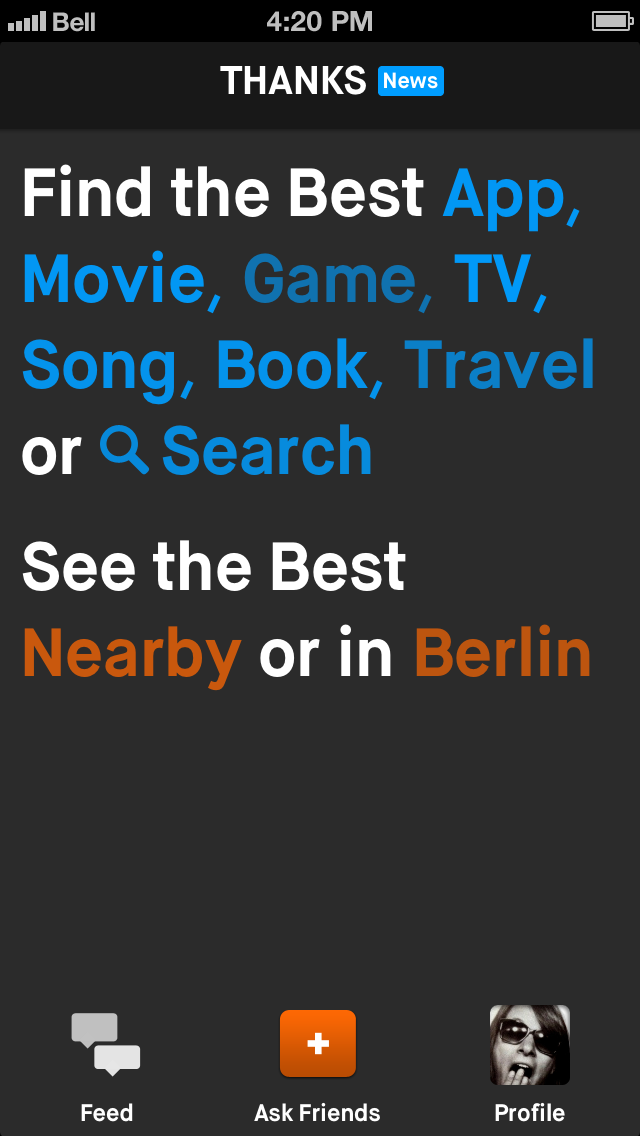 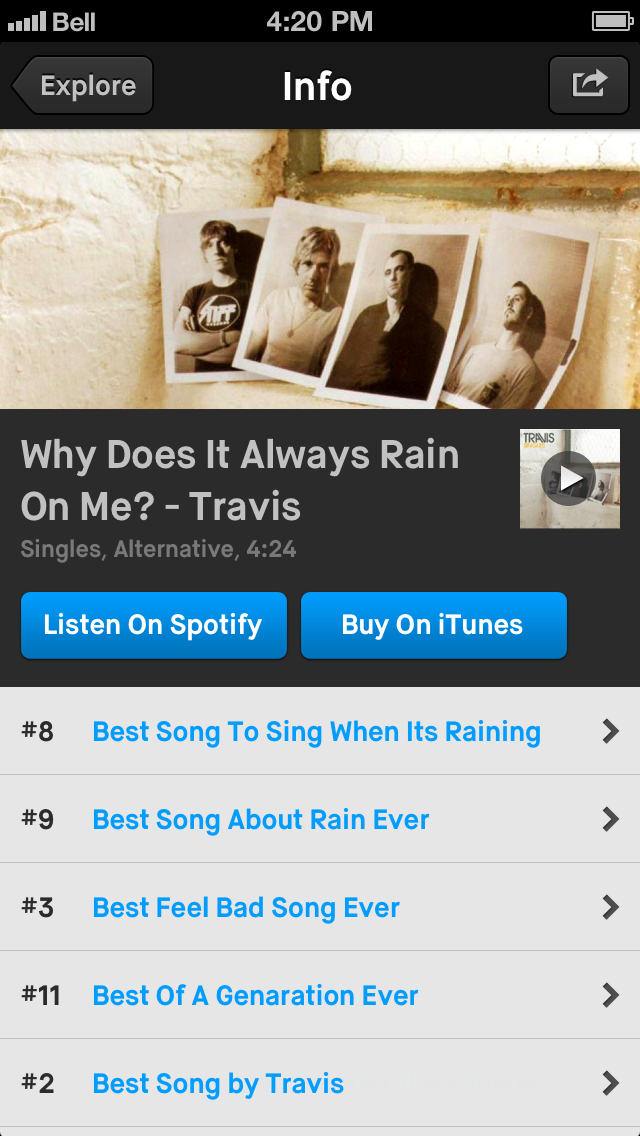 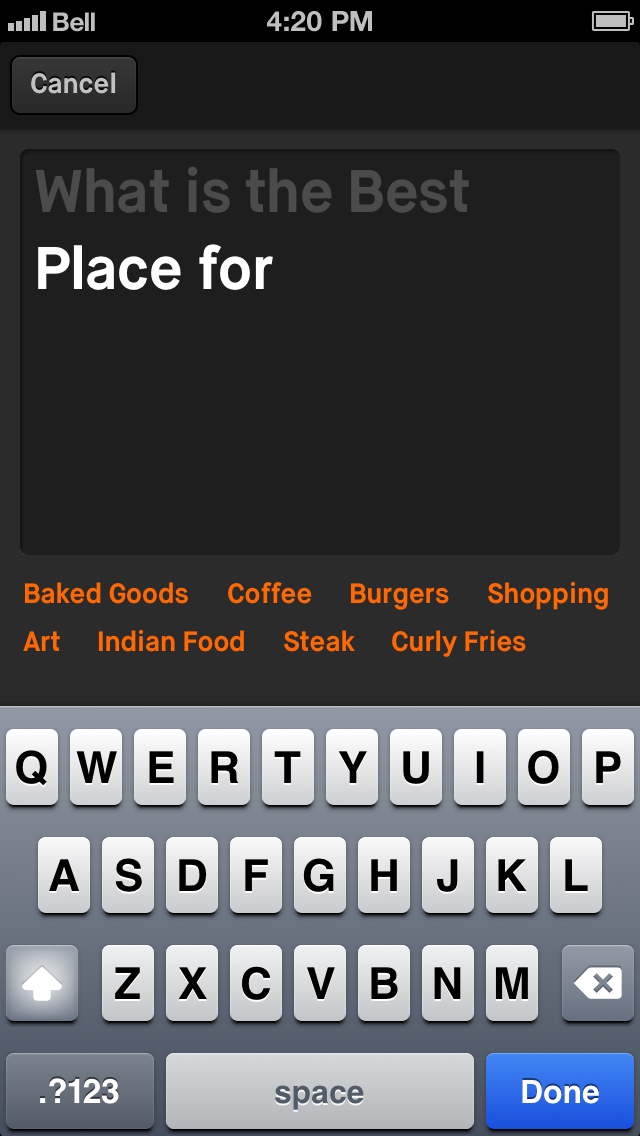 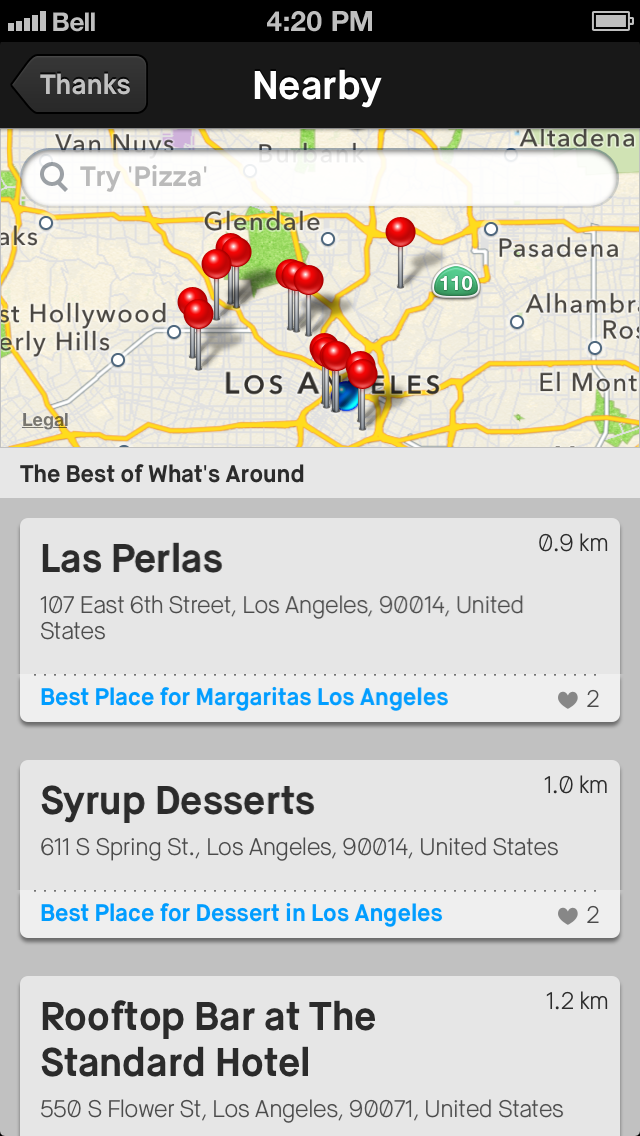