After shutting down data access to several competing apps, Facebook today made two major clarifications to its Platform Policy, banning apps that use its data but don’t make it easy for users to share back to Facebook, or that replicate its core functionality without permission. Facebook Platform Head Justin Osofsky tried to calm fears by noting the majority of developers should “keep doing what you’re doing.”

The full-text of the revised section I.10 of its Platform Policy now reads:

Reciprocity and Replicating core functionality: (a) Reciprocity: Facebook Platform enables developers to build personalized, social experiences via the Graph API and related APIs. If you use any Facebook APIs to build personalized or social experiences, you must also enable people to easily share their experiences back with people on Facebook. (b) Replicating core functionality: You may not use Facebook Platform to promote, or to export user data to, a product or service that replicates a core Facebook product or service without our permission. 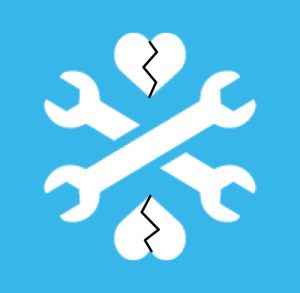 In a developer blog post, Osofsky stressed that Facebook doesn’t plan to remove the ability to use it as a login mechanism, pull profile data for personalization, or allow sharing to the news feed. He explains that “For the vast majority of developers building social apps and games, keep doing what you’re doing. Our goal is to provide a platform that gives people an easy way to login to your apps, create personalized and social experiences, and easily share what they’re doing in your apps with people on Facebook.”

However, Osofsky then addresses the issues of apps that use Facebook’s data to compete with it or that don’t contribute anything back to the news feed. “For a much smaller number of apps that are using Facebook to either replicate our functionality or bootstrap their growth in a way that creates little value for people on Facebook, such as not providing users an easy way to share back to Facebook, we’ve had policies against this that we are further clarifying today (see I.10).”

These clarified rules apply to apps like Yandex’s Wonder, which recreates the functionality of Graph Search and Facebook Nearby, and Voxer, which recreates voice messaging within Facebook Messenger, and are not allowed. This week Facebook blocked all API calls from Wonder and Voxer’s Find Friends access. 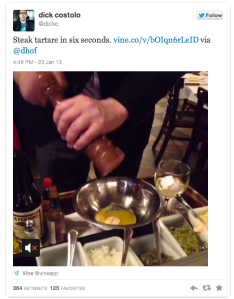 For the new policy requires a loose interpretation to give Facebook the right to shut down Find Friends access to Twitter’s standalone looping video-sharing app Vine, which it did yesterday just hours after the app launched. Vine allows people to share 6-second looping videos — essentially animated GIFs with sound. The closest thing Facebook offers is standard video sharing through its web and mobile apps and photo sharing through Instagram. The more vague old policy that restricted “competing” apps better covered this enforcement, since Vine and Twitter are certainly apps that compete in the user-generated content-sharing space.

If Facebook in fact sticks to enforcing its new policy to the letter, it should provide some reassurance to developers that the social network can’t go after simply any “competing” company. Considering the breadth of Facebook’s services, a ton of apps would qualify. But if it continues to cast a wide net around apps that “replicate” its functionality as it did with Vine, developers may still have a reason to be paranoid.

Facebook’s new policy against replication could be even more worrisome for developers because of the speed with which Mark Zuckerberg’s company builds products. For example, ephemeral messaging app Snapchat was doing something unique in mid-December. But then in just 12 days, Facebook built Poke, a direct competitor of Snapchat (which some call a clone). Suddenly, Snapchat was violating the new replication policy.

This gives developers who consider using Facebook’s data a tough choice to make. They effectively have to predict what Facebook might build and steer clear. Otherwise months of development by a small team could get steamrolled by the social giant in a few days.

As I wrote yesterday, Facebook’s social graph and other unique data sets are extraordinarily valuable. Handing them over to competitors could endanger its future as the dominant social network. So in some ways Facebook’s increased enforcement is forgivable, or at least understandable. But if it polices the platform too much, it may scare away developers who build apps that contribute content to Facebook. It needs that content to monetize with surrounding ads and inclusion in search.

Facebook’s mantra of “Move Fast And Break Things” takes on a new meaning now that it’s your things it might break.

For more on this topic, read:

Facebook Is Done Giving Its Precious Social Graph To Competitors