Pebble, the Kickstarter darling and connected smart watch, announced just yesterday that its product was now beginning to ship out to backers in limited quantities, but its iPhone app had yet to be approved. Today, the company announced to its Kickstarter backers that both the iPhone and Android apps are available now, which means they’ll be fully functional for users of both types of devices when they arrive at backer doors.

Of course, the apps won’t do anything on their own without any hardware to talk to, but at least the icon is very attractive, and it’s something to help soothe the pain of having to wait so long to actually get your hands on the Pebble itself. When you do get hardware, you’ll be able to update your Pebble software, install and remove custom watch faces for the device, and also send test messages to the watch for troubleshooting purposes. The Pebble team says that they’ll be updating the free app on a regular basis, presumably with more features. 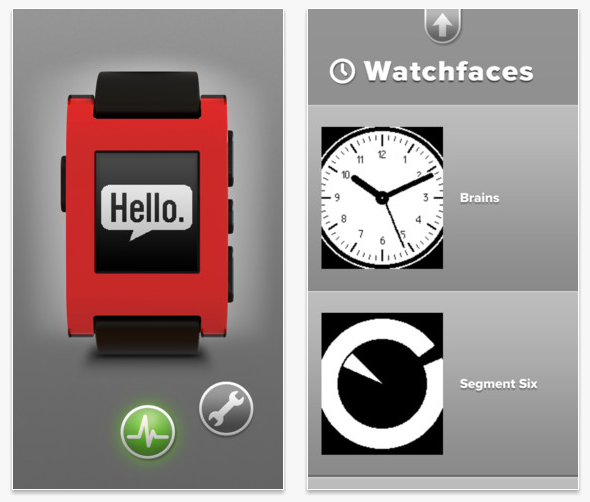