Earlier this month we broke the news that Russia’s search giant Yandex was eyeing up a move into the mobile, social search space with the development of an app called Wonder, which drew on Facebook data to let people search for local places and content, incorporating what their friends have also visited and consumed. Now a source has passed us some screenshots of the iOS app, more details about how it looks right now, how it works, and who is behind the project.

While I wondered before if SPB — a mobile app company that Yandex acquired about a year ago — was linked to the production of Wonder, it turns out that in fact it’s the work of another one of Yandex’s acquisitions. It’s been produced by the three-person development team that came over as part of Tweeted Times, which Yandex bought in 2011. Tweeted Times’ original product let users create online newspapers generated by their Twitter accounts (a little like paper.li), and this experience in social is what has gone into the creation of Wonder.

That development team is based in the U.S., “and the Moscow office never took the idea seriously,” our source said, until the app was nearing completion. Now, the app has passed approval by Yandex’s higher ups, but there are still more delays. Wonder is now the subject of “internal discussions” because of how the app might influence Yandex’s relationship with Facebook — confirming Josh’s report that noted that Wonder might be using a little too much data for Facebook’s comfort.

Now, with Facebook launching Graph Search and getting a lot more active with how it is using its social searching features, the tension for conflict may be even higher.

To the app itself. Below are pictures of how the app looks today, so these might change. For now, it is designed with a horizontal view in mind.

The featured image above is the welcome screen with the logo. Note the lack of Yandex branding, for now at least — that runs in contrast with the company’s many other services like Yandex Music, Yandex Disc, Yandex Maps and so on. And that makes sense in a market like the U.S. where Yandex doesn’t have the same kind of brand currency as it does in Russia and surrounding regions. There, it sits as a kind of local Google, dominating search and lots of cloud-based services.

Further screenshots reveal that the voice response is powered by Nuance — Russian blog DGL, which seems to have obtained the same screenshots but with a different carrier ID (our source asked us to obscure the name, which is not T-Mobile as it is in DGL’s pictures) — confirms that Yandex indeed has a license with the voice recognition giant. 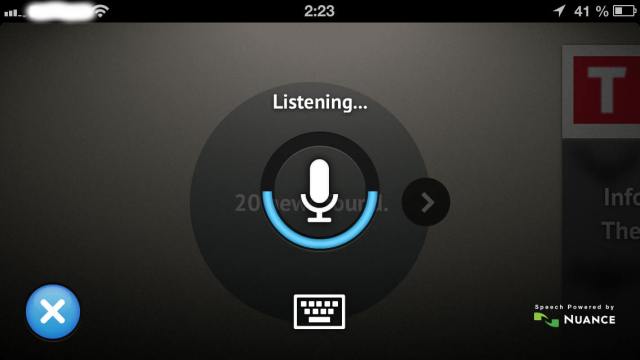 The use of Nuance, and Facebook (if Facebook allows it), will be complemented by data from other sources. Among them is Foursquare, as Josh reported. But as our source noted, this isn’t a partnership but a use of Foursquare’s API. And, as you can see below, the search function has an option to produce results that are linked to what your friends are doing. The voice recognition feature is incorporated throughout the app — another reminder of what a Siri API could look like. 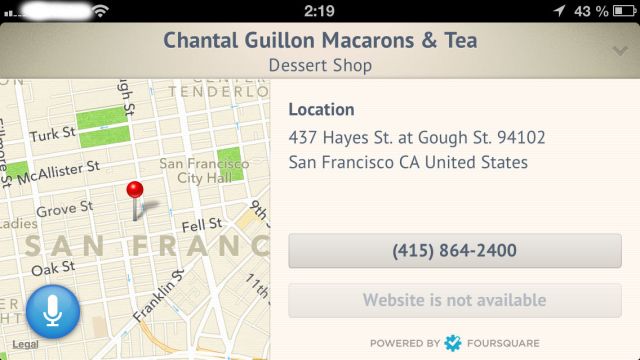 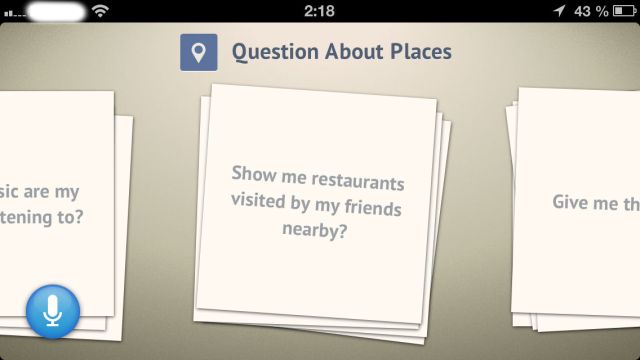 Yandex is combining search across different categories, which include not just local places to visit but also music your friends are listening to. Once you find that music, you’re given a direct link to downloading it as well. It’s not clear yet whose music service would power those downloads — it may end up being a service that has partners specific to the country where Yandex is launching Wonder. 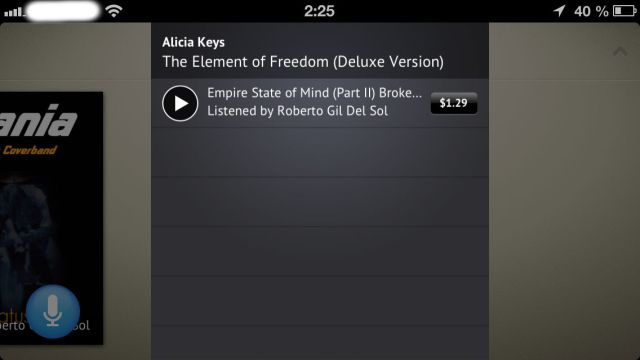 Again, these are screenshots of how the app looks today. Whether it will leave the doors of Yandex and launch, and whether it changes before that happens (especially if the final app has to work for Facebook), is still to be decided.

Update: Since posting this story, I’ve heard from another source that in fact Wonder may launch as soon as Thursday of this week. Watch this space.