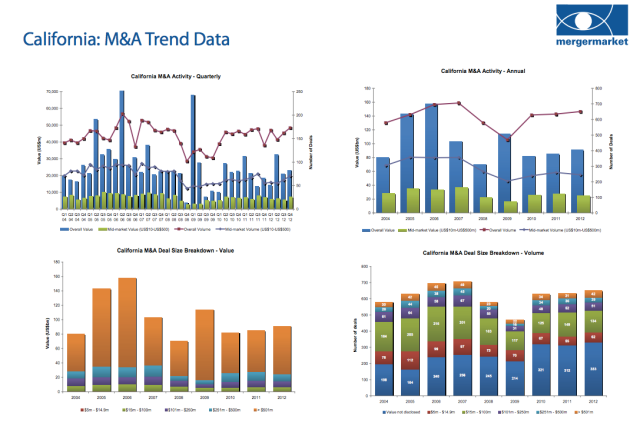 California saw about $91.1 billion worth of mergers and acquisitions last year, the strongest level seen since 2009, according to Mergermarket. The fourth quarter saw a 10.4 percent increase over the third quarter and about a 25 percent increase over the same time a year earlier. The fourth quarter alone was the best one for mergers and acquisitions since 2007.

Naturally, the technology sector led the way with 30.5 percent of deals or about $27.8 billion worth of deals. 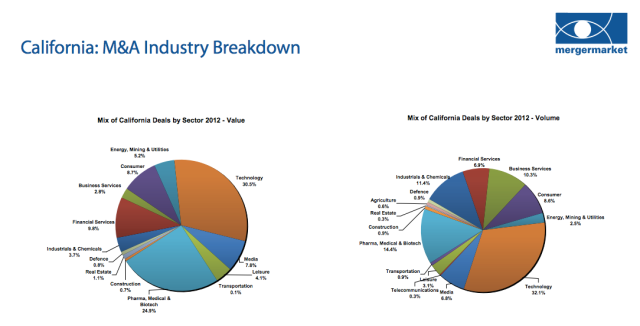 But it wasn’t consumer tech or enterprise that was at the very top of the leaderboard for the biggest deals of the year.

It was the attempted hostile takeover of genetic analysis company Illumina by Roche Holding Ltd. for $6.8 billion. The deal ultimately fell through when Roche let its tender offer expire. That deal was followed by Bristol-Myers Squibb’s purchase of Amylin Pharmaceuticals for about $6.4 billion.

The biggest tech deal was SAP’s agreement to buy Ariba for $4.3 billion. Slightly below that, was Disney’s $4.05 billion deal to buy Lucasfilm. The Facebook-Instagram deal, which had an initial price of $1 billion before Facebook’s stock declined, didn’t figure into the rankings because it wasn’t big enough to be one of the top 10 deals of the year. But it was also too big to be included in mid-market deals. 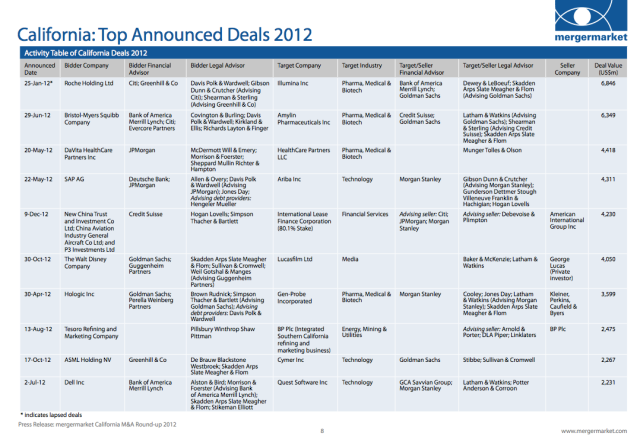 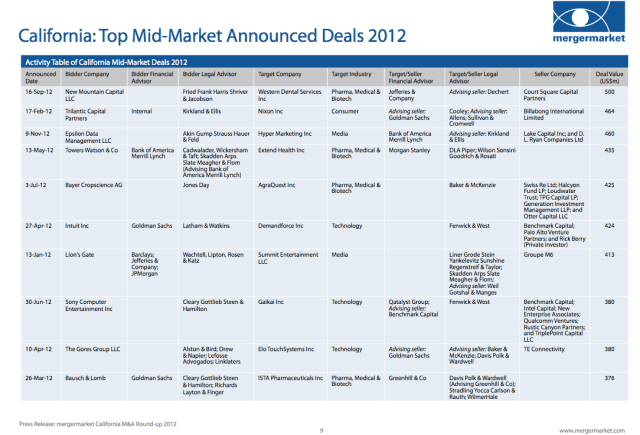 Unsurprisingly, Goldman Sachs held the top spot on the league table, by advising on 46 deals valued at $54 billion. They claimed the top spot from Morgan Stanley, which did 46 deals worth $44.3 billion last year.

Other banks that saw the value of their deal flow rise include Credit Suisse, Deutsche Bank and GCA Savvian. Jeffries & Company took the top spot for advising on mid-market deals, which Mergermarket defines as being worth between $10 million and $500 million. 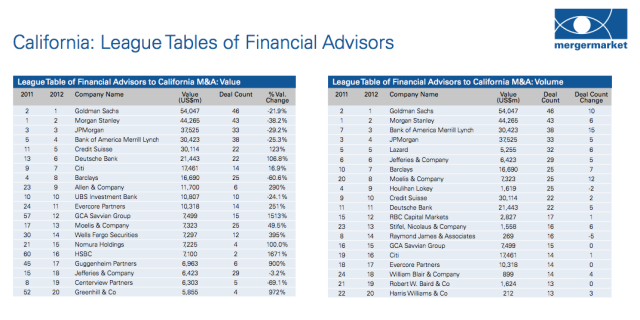 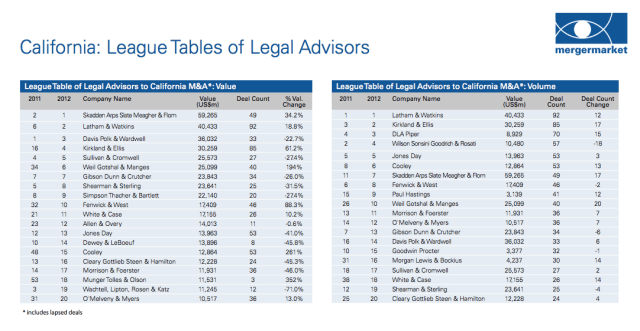